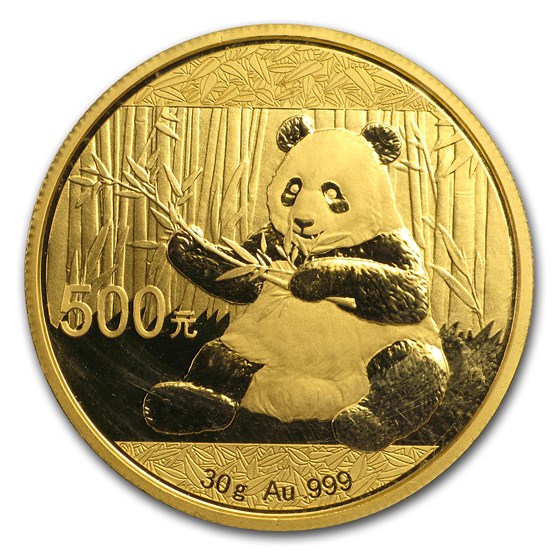 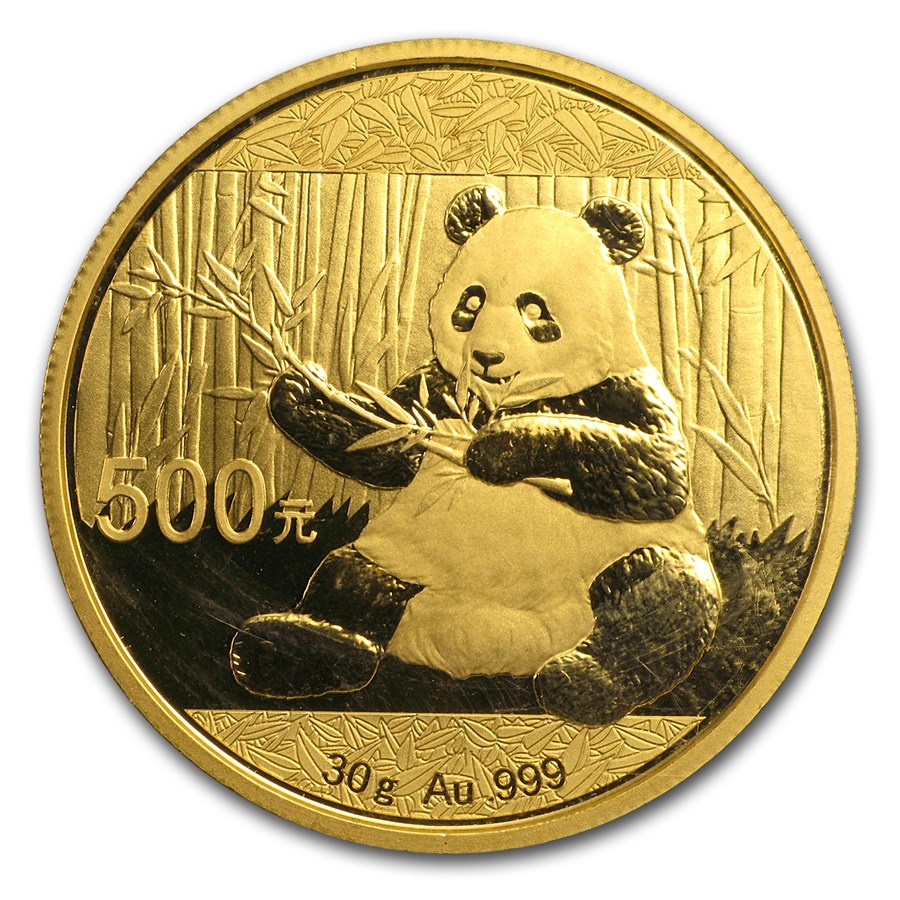 Product Details
Product Details
Gold Panda coins are one of the only bullion coins to feature a yearly changing design. In 2016, this series changed to match the metric system. The 1 oz Gold Panda will be replaced with this 30 gram Gold Panda, still containing .999 fine Gold.

Add the 2017 30 gram Gold Chinese Panda coin to your cart today!
The People’s Republic of China issues and guarantees the quality of each Gold Panda coin. Gold Panda coins are minted from several mints each year. Those mints include but are not limited to Beijing, Shenzhen, Shanghai and Shenyang. Unlike the U.S. Mint, these Chinese Mints do not incorporate mintmarks to distinguish the difference between each mint every year. Some years such as 1987 do feature a “Y” mintmark or “S” mintmark. The mints are also known for having minor differences in the design of the coin such as font size, small date, large date and designs of the temple in certain year’s mintages. With the annual change in design, and unique mint variations, the price of Gold Pandas has appreciated over time making them highly sought after by collectors and investors.
To add to their collectibility, the People’s Republic of China issues specialty designed Gold Panda coins for coin expositions. These designs usually feature similar panda designs with extra scrollwork or other design enhancing features along with the expositions name and variations in the Hall of Prayer for Abundant Harvests designs. These coins tend to be an exclusive purchase at the event, but can sometimes be found to purchase by the public.
If you bought a Gold Panda Coin in 2014, you would have made $50 per coin in premium buy back alone. Find out more.
See More +

Download Chinese 1 oz and 30 gram Gold Panda Coins Specifications
The Chinese Gold Panda is cherished by people all around the world for its high Gold content and its various designs that always feature the beloved black and white panda. First issued in 1982 by the People’s Republic of China, these bullion coins are made of .999 fine Gold. These Gold bullion coins are struck at various mints across China including the Beijing Mint, the Shenzhen Mint, the Shanghai Mint and the Shenyang Mint.

This 2017's panda is not my favourite design, but the latest is always the cheapest and has the lowest premium. Jusy buy it and hold it.