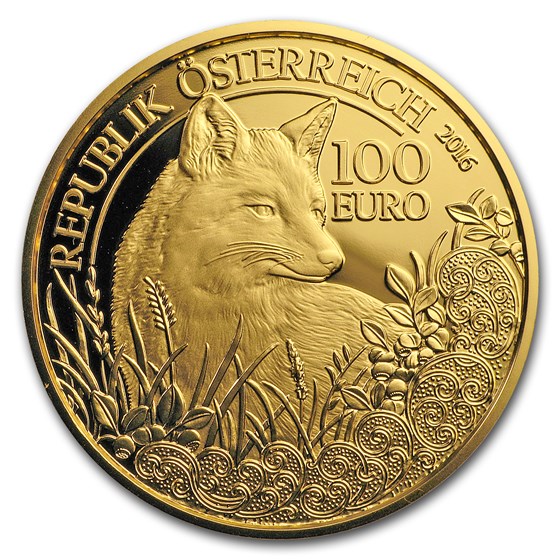 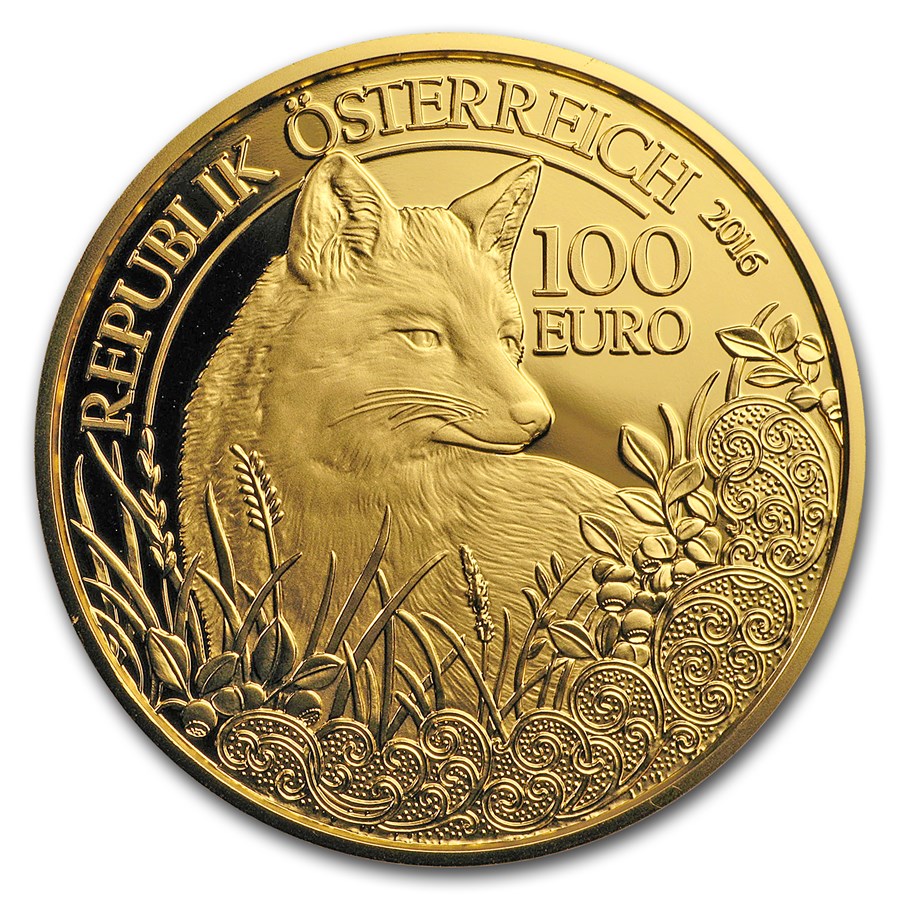 $1,755.39
As Low As
Product Details
Product Details
Only $1,195.00 per coin
This fourth Gold coin of the Austrian "Wildlife in Our Sights" series features the Red Fox. With a maximum mintage of only 30,000, this beautifully finished coin is sure to impress.

This coin was awarded "Best Gold Coin" at the World Money Fair in Berlin on February 3, 2018. The Coin of the Year Award is an internationally conducted program sponsored by Krause Publications to provide recognition of outstanding coin design and marketing efforts.

Coin Highlights:
These commemorative Gold coins from Austria are a great way to add to your Gold holdings while enhancing your World Gold collection. Add one of these 2016 Austria Prf Gold €100 Wildlife in our Sights The Fox coins to your cart today!

The red fox belongs to the wolf family and is a winner in every respect. It is at home in the most varied habitats from the snows of Alaska to the deserts of North Africa. Due to its intelligence and adaptability, it is the world’s most geographically extended predator. It has learned to outmaneuver lemmings in the Siberian tundra, steal chickens from farmers, and cross the road safely in urban areas. Foxes also have the ability to play dead in order to attract crows, which they then attack unexpectedly. The saying "as cunning as a fox" therefore contains more than a grain of truth.

With their reputation for cunning, few animals play as prominent a role in popular culture and folklore as the fox. This is partly due to the fact that foxes live in closer proximity to humans than most other wild animals. So widespread is the Red fox that this member of the wolf family is not an endangered species.

Foxes are even a common sight in cities the size of London during the hours of darkness. Foxes have colonized many suburban areas and as settlements have spread, so has the fox. The ability of such a wild animal to live in relative harmony with humans shows the strength of our association with foxes and the affection that many of us have for them.

Despite there being a lot of detail in this coin, it never overwhelms or feels busy. I like the fact that the animal motif is repeated on both sides of the coin. (Presumably) one of the male and of the female of the species (with young).

Definitely the best of the series!

Some have said that the fox is the best in the series. I think they all have distinctive beauty.