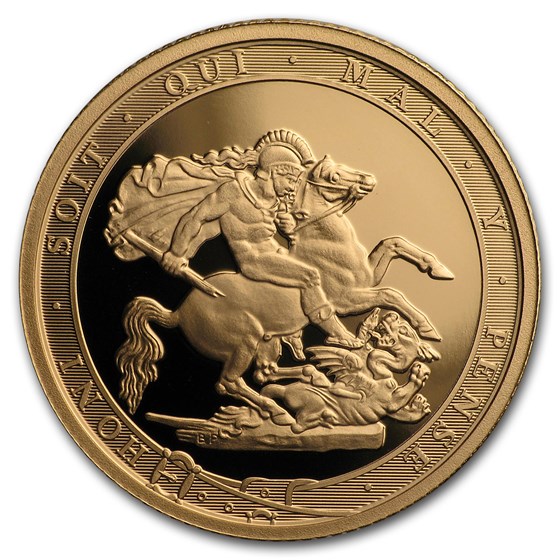 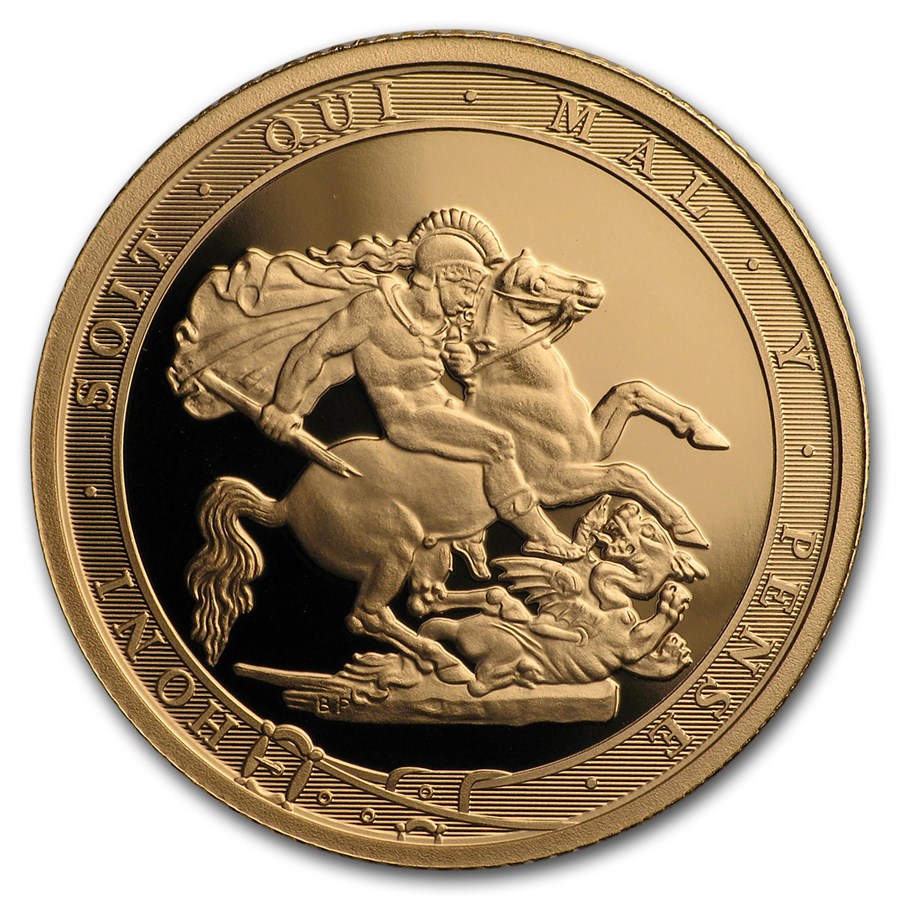 $64.99
Any Quantity
Product Details
Product Details
This 200th anniversary quarter Sovereign has a limited mintage, making it an instant collectible classic. The Sovereign is recognized around the world for its beauty, quality and value, and is considered by many as the flagship coin of The Royal Mint.

Set Highlights:
The Sovereign continues to be recognized as a Gold coin of beauty, quality and value, and is considered by many as the flagship coin of The Royal Mint. Add this 2017 Gold British 1/4 Sovereign to your cart today!

In 2017 we celebrate the 200th anniversary of the "modern" Sovereign; a coin with a rich history, world-renowned for its quality and iconic design. Its story may be more than five centuries old but 200 years ago the Gold coin set new standards for accuracy that defined a currency.

Now, 200 years later, we return to Pistrucci’s original "garter" design for this important anniversary. The Sovereign 2017 Proof range features the design struck with tools that were carefully remastered from the 1817 originals. The design created by Pistrucci for The Sovereign of 1817 reflects the inscription which appears on the Order of the Garter. The garter is represented, with a buckle, on the outer edge. The design is a typical contemporary depiction of the Order of the Garter Badge, often produced as a carved gem; Pistrucci's particular specialism.

Benedetto Pistrucci’s St George and the dragon design has become synonymous with The Sovereign. He created an interpretation that defied the medieval image of St George, instead opting for a Greek interpretation, bare and muscular, not weighed down with the usual chain mail and armor. The original inscription created for The Sovereign when it was revived in 1817 has been revisited for this celebratory, anniversary edition of The Sovereign for 2017. The Latin "HONI SOIT QUI MAL Y PENSE", meaning "Evil unto him that thinks evil of it", is a phrase that has featured on the coat of the Royal Arms of the United Kingdom for centuries.

This 1/4 Sovereign is awesome: First, there were only 2,500 minted so good luck finding one for sale. Second, it arrived in the original royal mint box with a COA and had obviously never been out of its capsule (inside the box). I was surprised with all the detail they can fit in a coin that can be covered with the tip of your pinky. Holding onto this one, Thank you APMEX