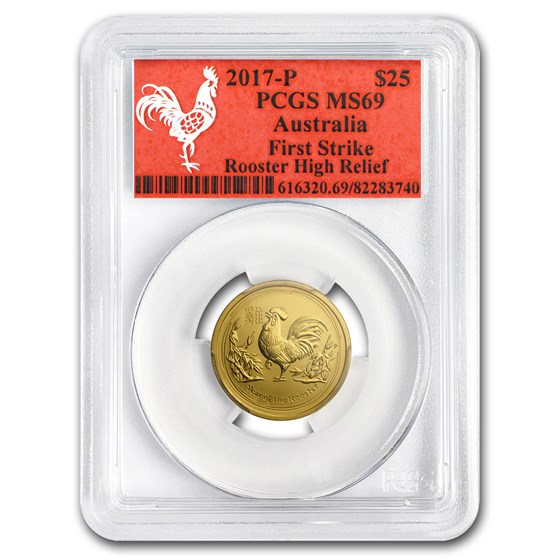 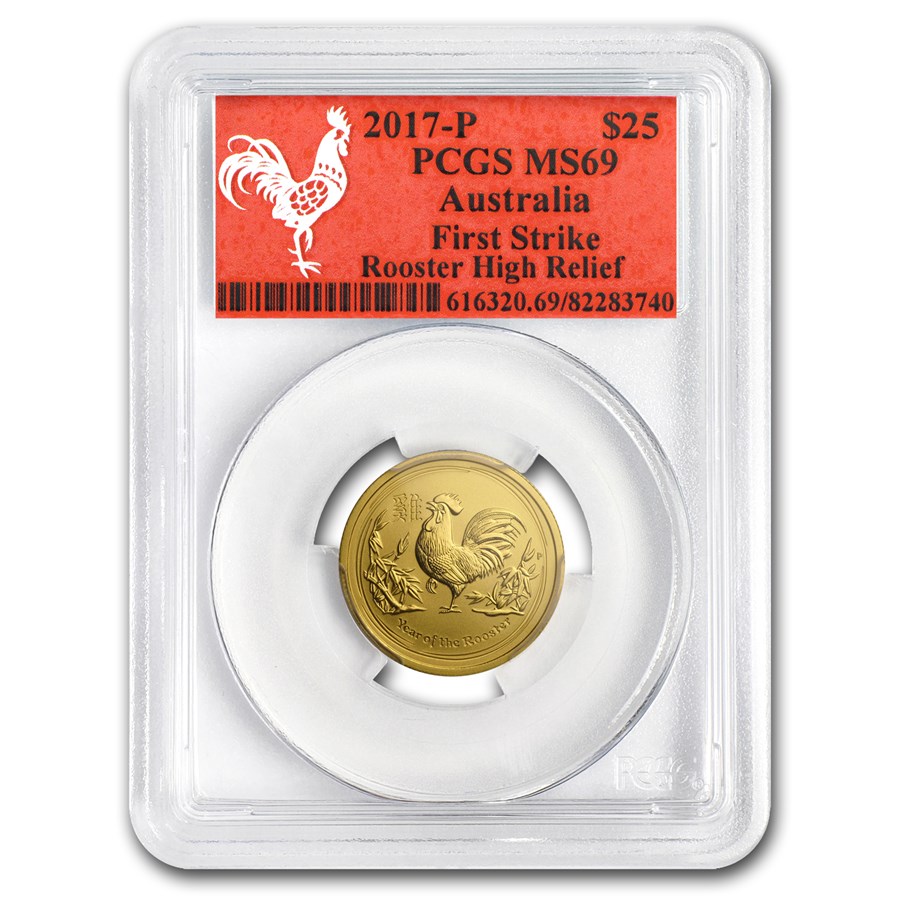 $2,094.19 $2,114.19
As Low As
16% Off The Premium
Product Details
Product Details
This Gold Lunar Rooster from Perth Mint is graded a near perfect First Strike MS-69 by PCGS and comes in the APMEXclusive® Red Label holder. Although these coins are not issued as High Relief from Perth Mint, they were graded as such by PCGS!

Typical populations for MS-69 Gold Lunars are very limited. This coin has a very limited Population of 4 coins.

Coin Highlights:
Protect and display your near-perfect MS-69 PCGS 1/4 oz Rooster in style by adding an attractive display or gift box to your order.