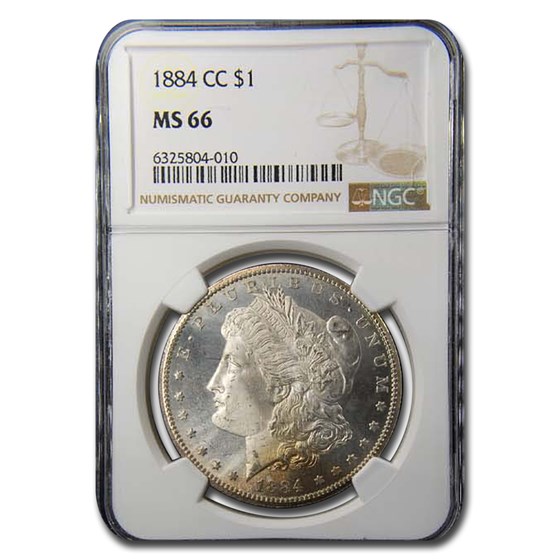 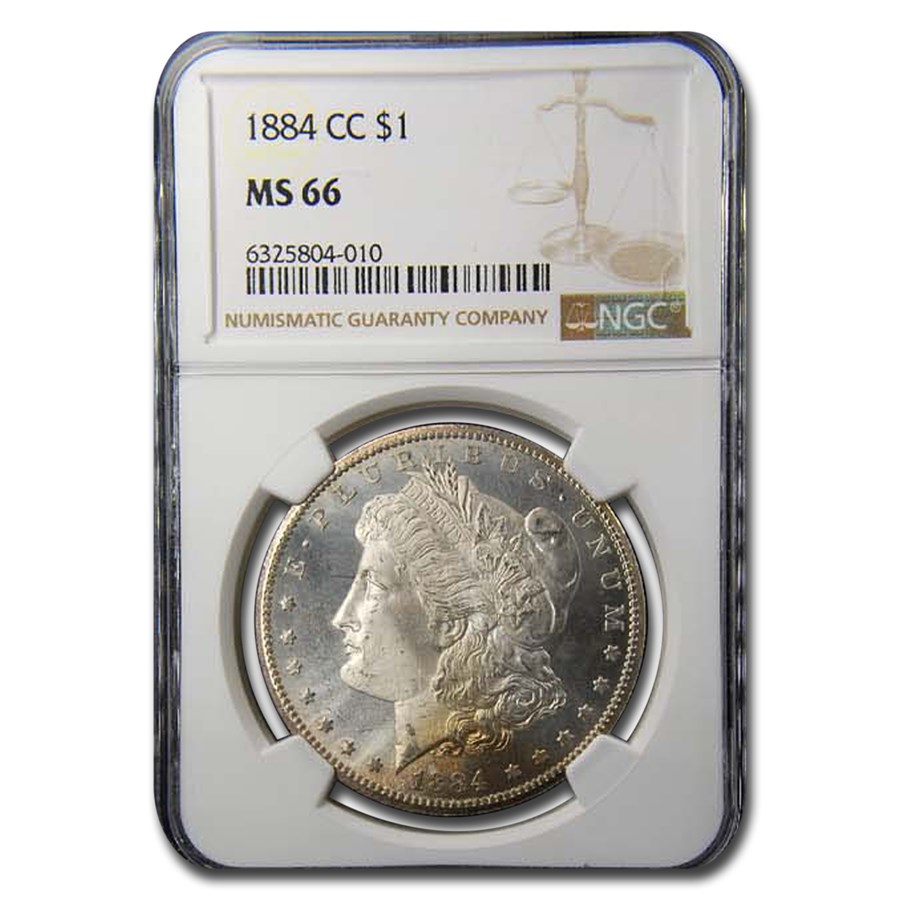 
Showcase your certified Morgan Dollar by adding a presentation box to your order.

A perfect addition to any U.S. or historical coinage collection, add this 1884-CC Morgan Dollar graded MS-66 by NGC to your cart today!

1884-CC Morgan Dollar MS-66 NGC
Morgan Dollars have an interesting history that was greatly affected by the events taking place in America. Morgan Dollars are a Silver Dollar coin minted in the United States. The Morgan Dollar was created by George T. Morgan, an engraver at the Philadelphia Mint.

The Morgan Dollar was first circulated in 1878 and continued to be minted until 1904, when President Theodore Roosevelt ordered that production of all American Silver coins be ceased due to money shortage. Morgan Dollars were officially minted again only in 1921, because of World War One’s demand for military supplies Silver could not be spared so Morgan Dollars were once again discontinued after 1921. Today, Morgan Dollars are still highly sought after by collectors and numismatists alike.