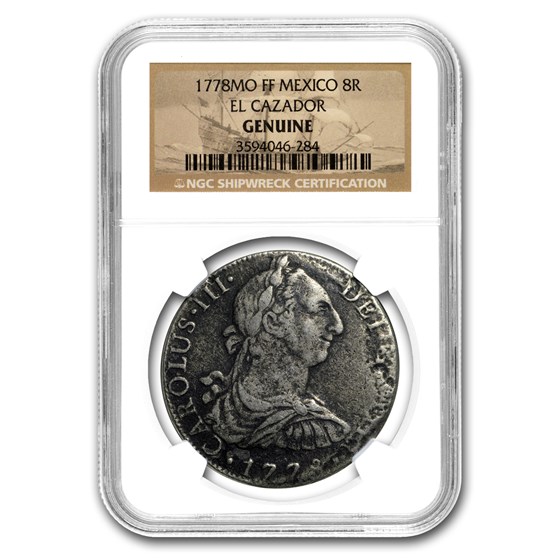 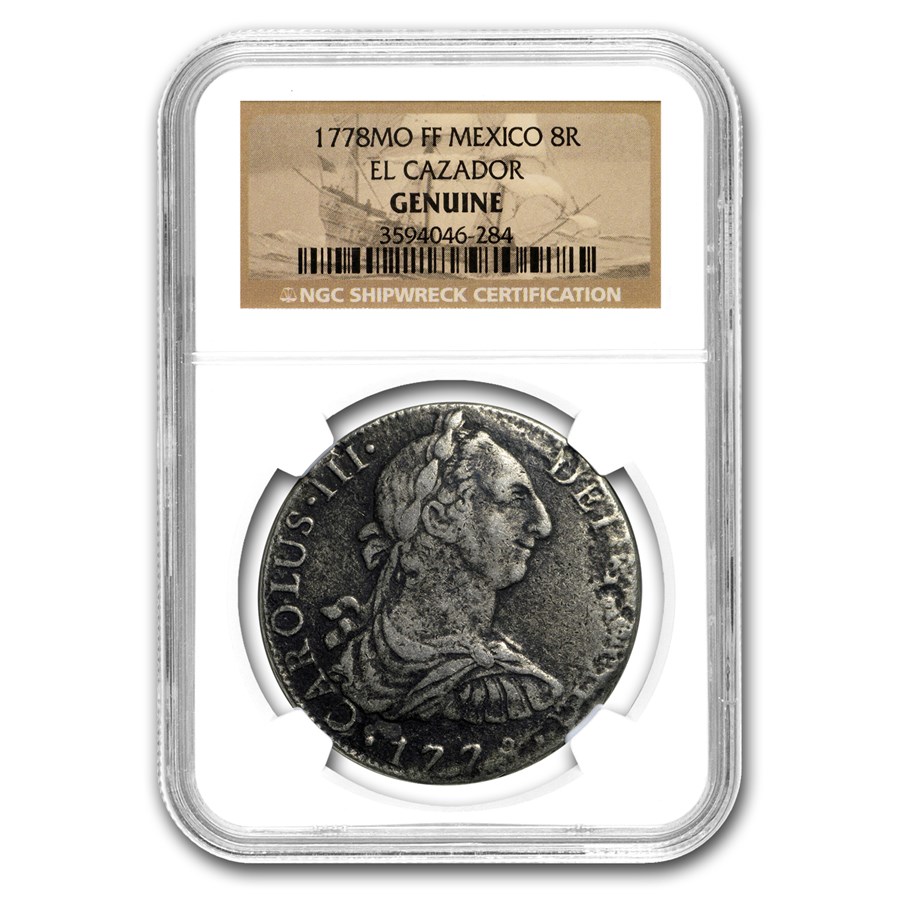 Product Details
Product Details
At a depth of 300 feet, the crew of The Mistake discovered the final resting place of the long lost Spanish Brig, El Cazador, and its treasure of Spanish Silver coins.

Add this Genuine Spanish Treasure coin to your cart today!

Found on August 2, 1993, 50 miles off the shore of Louisiana, a humble fishing trawler, named The Mistake, snagged some debris on the ocean floor, only to discover coins among the objects caught in its net. How did these coins change the world? In 1783, The American Revolutionary War was won against the British with the help of similar coins. Spain provided cash in the form of these very same Silver coins to the American patriots to support the war effort. January 11, 1784, El Cazador, "The Hunter," a Spanish Brig of War, set sail from Vera Cruz, Mexico for the port of New Orleans. Along with its load of Silver coins, the ship and crew disappeared without a trace.

It was no mistake when all of these beautiful 8 Reales were rediscovered in 1993.