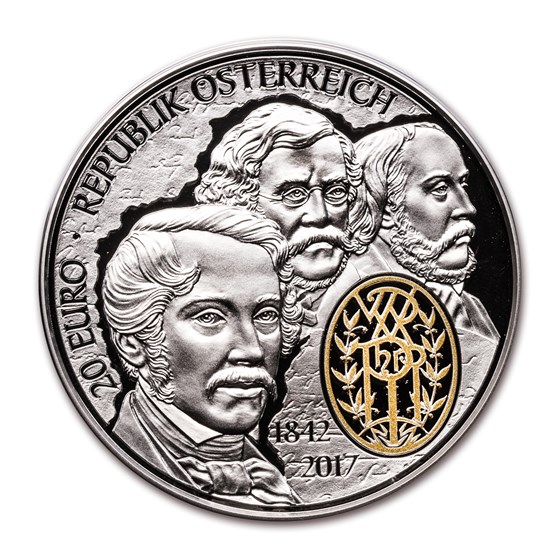 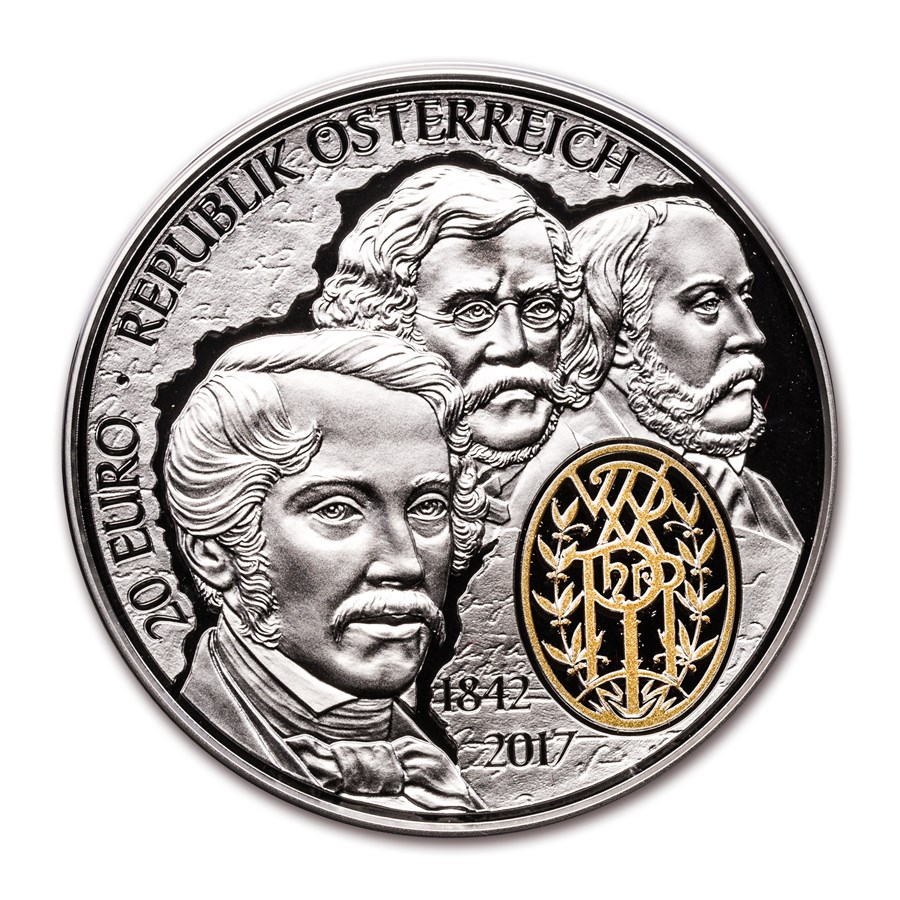 Product Details
Product Details
Issued in celebration of the 175th anniversary of that “Grand Concert”, and thus the founding of the Vienna Philharmonic, this splendid coin pays homage to the world famous orchestra and its unique sound.

Coin Highlights:
Add this 175th Anniversary of the Vienna Philharmonic coin to your cart today!

Founded on principles of democracy and entrepreneurial initiative, the Vienna Philharmonic Orchestra gave what is considered to be its first performance on March 28, 1842. Not only did the “Grand Concert”, conducted by Otto Nicolai, lay the foundations for technically and musically brilliant performances of classical symphonic works, it also provided the members of the Court Opera Orchestra with an alternative source of income. "From the heart, to the heart" was the motto with which Ludwig von Beethoven prefaced his Missa Solemni. This motto also encapsulates the essence of the Vienna Philharmonic’s unique sound, a sound that has made the orchestra world famous.

This has to be one of the most beautifully designed commemoratives i have ever seen or purchased, this is why i shop do buisness with apmex because they're not just reliable & on time but every item I've ever bought has been the highest upmost quality of exceeding even the highest of standards, A+++!

One beautiful coin, get yours before there all gone!

When I saw this coin it just reminded me of a work of art. I also noticed that the mintage was a mere 30,000. I thought... this would be a good addition to my collection and I purchased it. When it arrived I couldn't believe the detail to this coin, so I got online to order another one...all sold out. My only regret is that I didn't buy 2.

This coin is beautifully detailed and well-packaged, not to mention a nice complement to any Philharmonic collector's collection. Would make a great gift for a silver enthusiast or music lover as well.