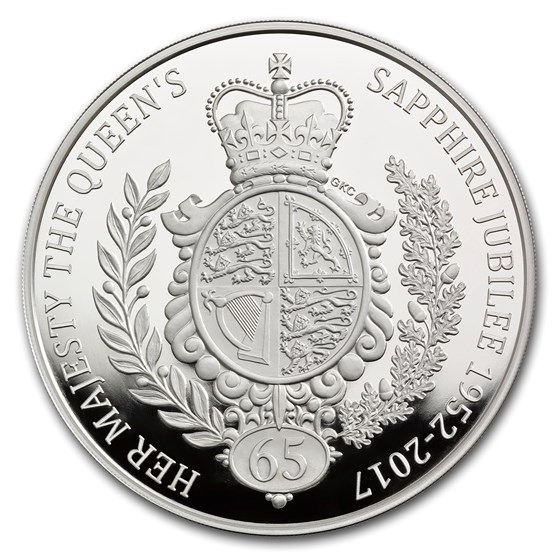 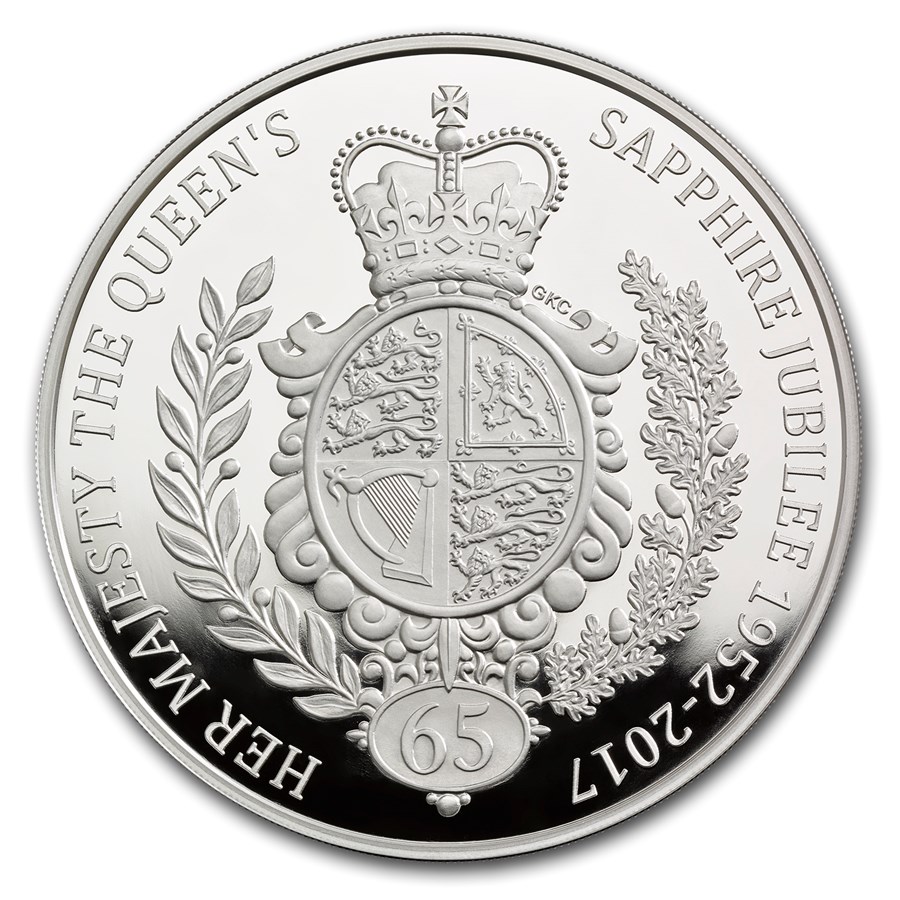 Product Details
Product Details
This coin celebrates the 65th anniversary of The Queen's reign as the first British monarch to reach a Sapphire Jubilee.

The jubilee celebrations of Her Majesty The Queen's reign have been some of the happiest times for the United Kingdom. Each year marks a milestone in her reign and in the country's history. It is also a time to thank her, for the stability she brings and her dedication to serving Britain and the commonwealth.

Now, 65 year since she became queen, it is time to celebrate Her Majesty's Sapphire Jubilee. This royal celebration calls for all the joy and public thanks The Queen deserves as the world's longest reigning living monarch, and the first British monarch to reach Sapphire Jubilee.