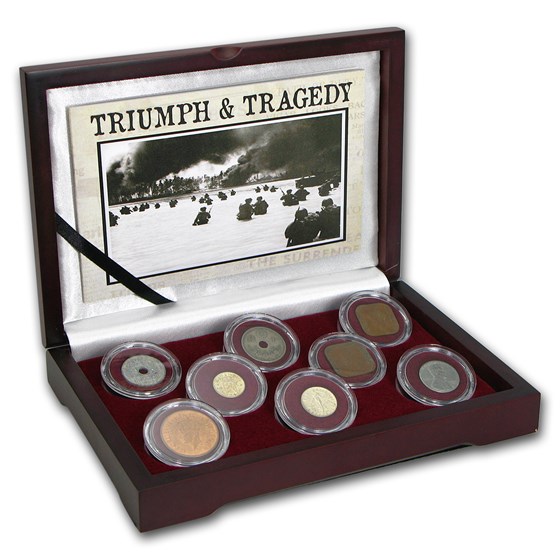 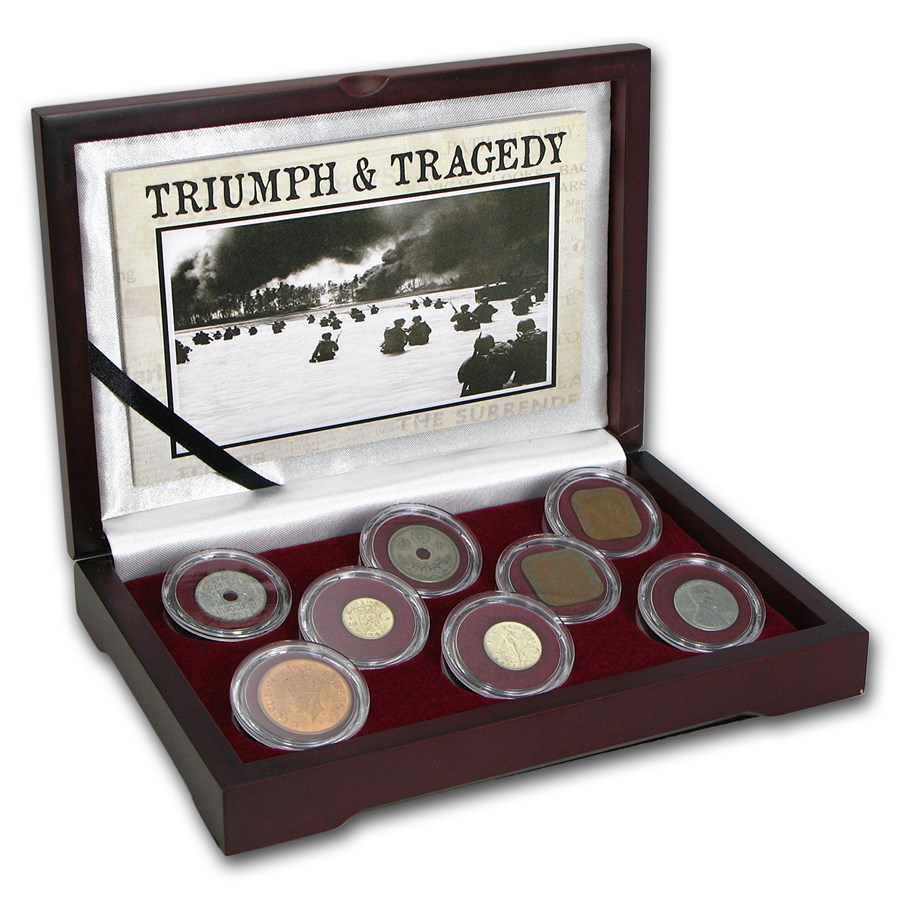 Product Details
Product Details
This remarkable collection of eight coins highlights some of the signature moments in the Pacific Theater during the second World War.

As Nazi Germany wreaked havoc in Europe, the Japanese Empire, already at war with China, sought to expand its vast territorial reach. Japan hoped that by attacking the United States, it could convince the Americans to quickly come to terms and allow them free reign in the Pacific. This proved a fatal error, as the U.S. entered the war on both fronts, turning the tide toward the Allies.

Add this educational and historical collection of the major theater of the war between the Allies and Japan to your cart today!