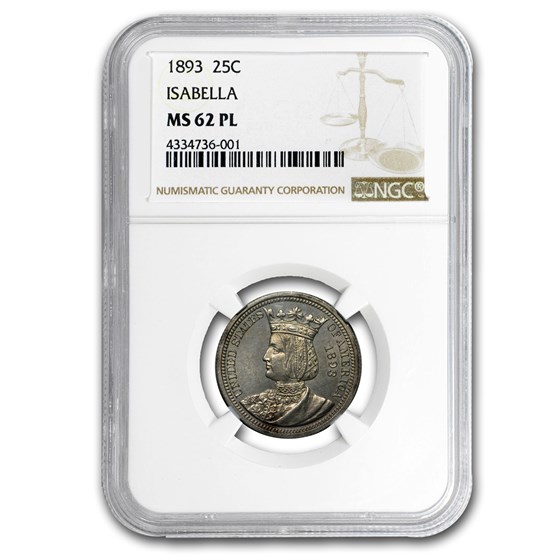 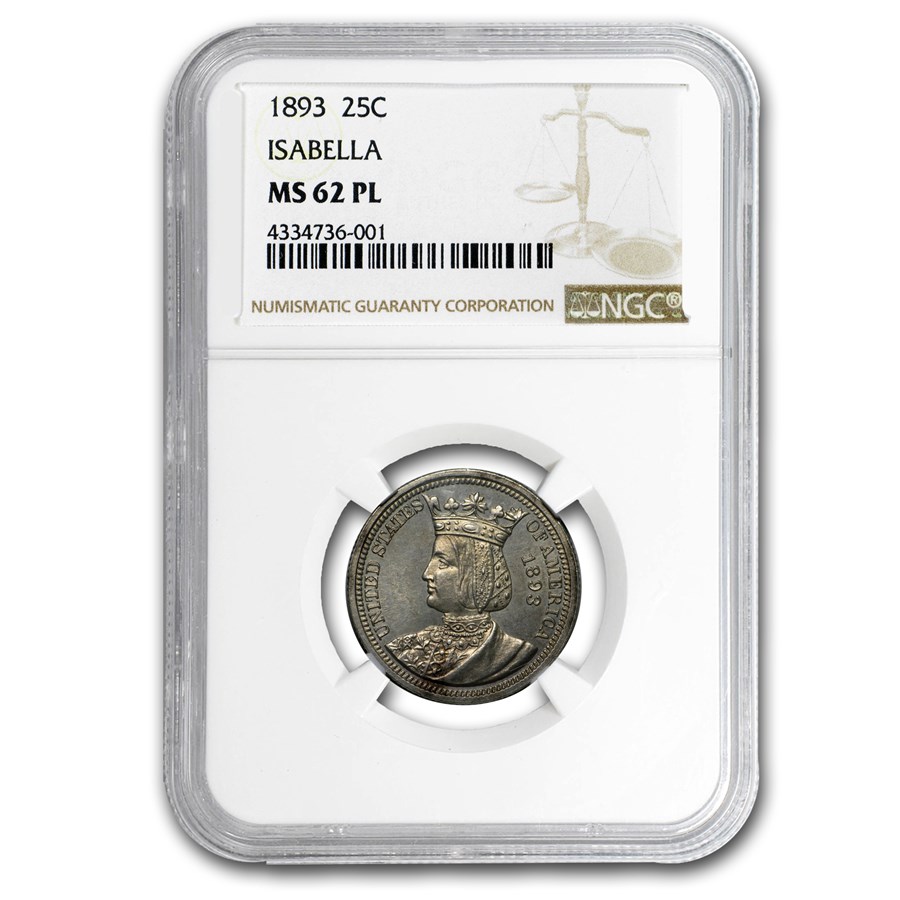 Your purchase will match the quality of the product shown.
Product Details
Product Details
Rarely do Classic Commemoratives receive a Prooflike designation. This coin has slightly mirrored surfaces with some light toning adding some originality to the coin as it has been untampered. This coin is a rarity, as most have been cleaned.

Coin Highlights:
Protect and display your commemorative Isabella Quarter in style by adding an attractive display box to your order.

The Isabella Quarter was minted to help fund the Board of Lady Managers projects at the 1892 Columbian Exposition. Its Obverse depicts Queen Isabella of Spain, as her influence and sponsorship allowed Christopher Columbus to discover the New World. Its Reverse depicts a woman spinning and holding yard in her hand, symbolic of women making clothes and bed linens, The inscription "Board of Lady Managers" around its rim was a group of women designated by the promoters of the Columbian Exposition to promote what were thought to be women's issues and interests. Most likely this was a direct result of being pressured by Susan B. Anthony in the midst of her crusade for women's rights.

After successfully lobbying Congress, the Board of Lady Managers became part of the authorizing act for the coin, however, it was quickly dismissed when a woman was chosen as its head. The Isabella Quarter was designed by Charles Barber. Both its Obverse and Reverse were originally designed by Caroline Peddle, but were rejected by Barber as he was a male and the Chief engraver at the mint during that time. These coins were originally offered for $1 a piece, but after the exposition had concluded they were being sold for as little as $.35 each. These coins are rarely found in circulated grades as very few went into circulation, while others became pocket pieces. Most examples have unfortunately been cleaned, and sometimes repeatedly. Undoctored Mint State pieces are very scarce and difficult to locate, especially in Prooflike!