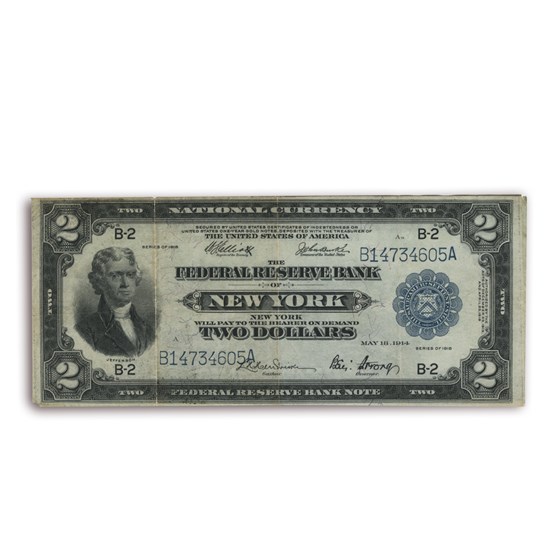 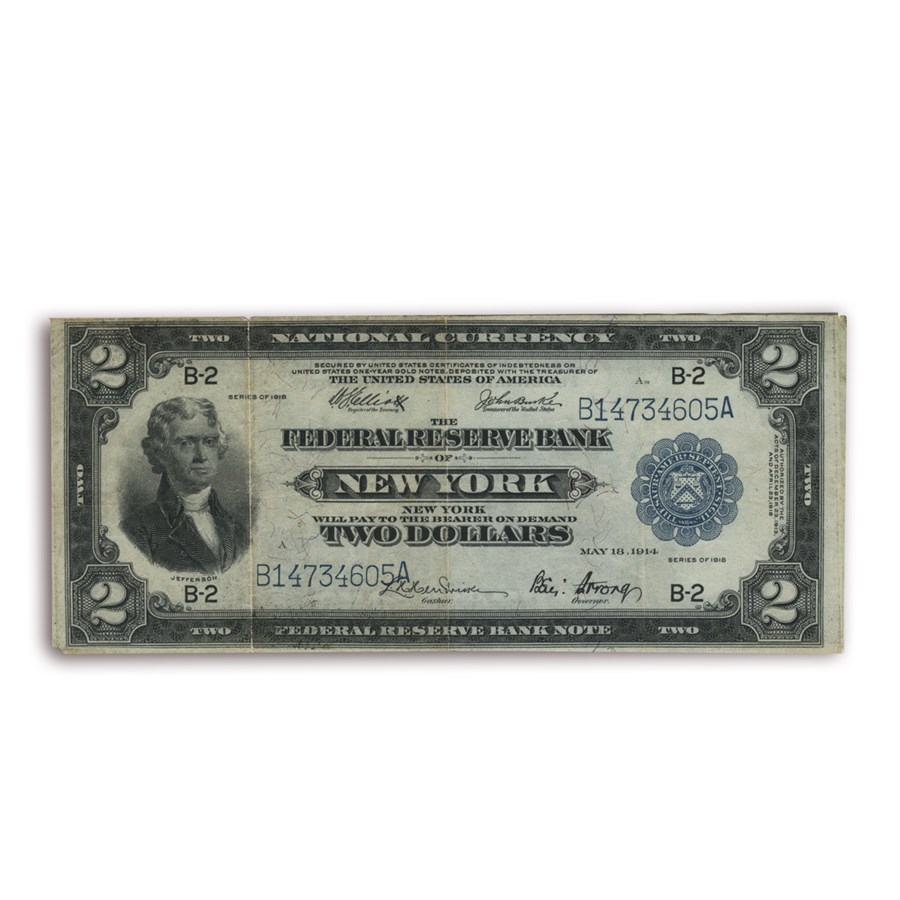 Product Details
Product Details
The series 1918 Federal Reserve Bank Note deuces are commonly referred to as Battleship notes for obvious reasons as the back is dominated by an engraving of a New York class battleship at full steam.

This note would make a nice addition to any currency type set. Add one of these classic 1918 $2.00 Federal Reserve Bank Notes from the tougher Kansas City district to your cart today!

The 2 ships of this class carried ten 14" guns in five twin turrets as their main armament, and New York and her sister ship, the USS Texas were veterans of both World Wars. One of the ships of this class (USS Texas), can be visited since she survives as a memorial ship just outside of Houston. Always popular with its depiction of a New York class battleship of World War I.