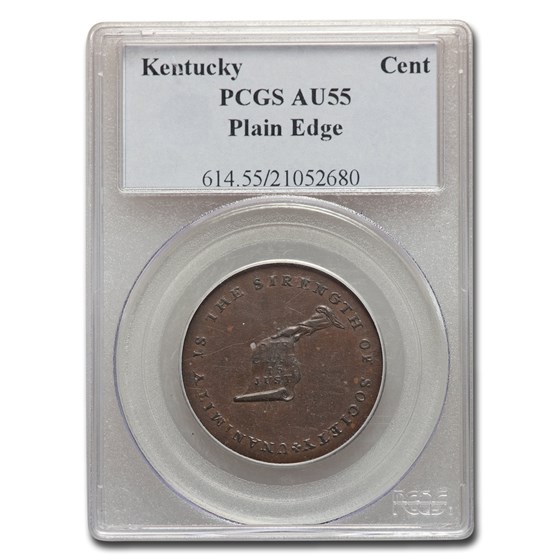 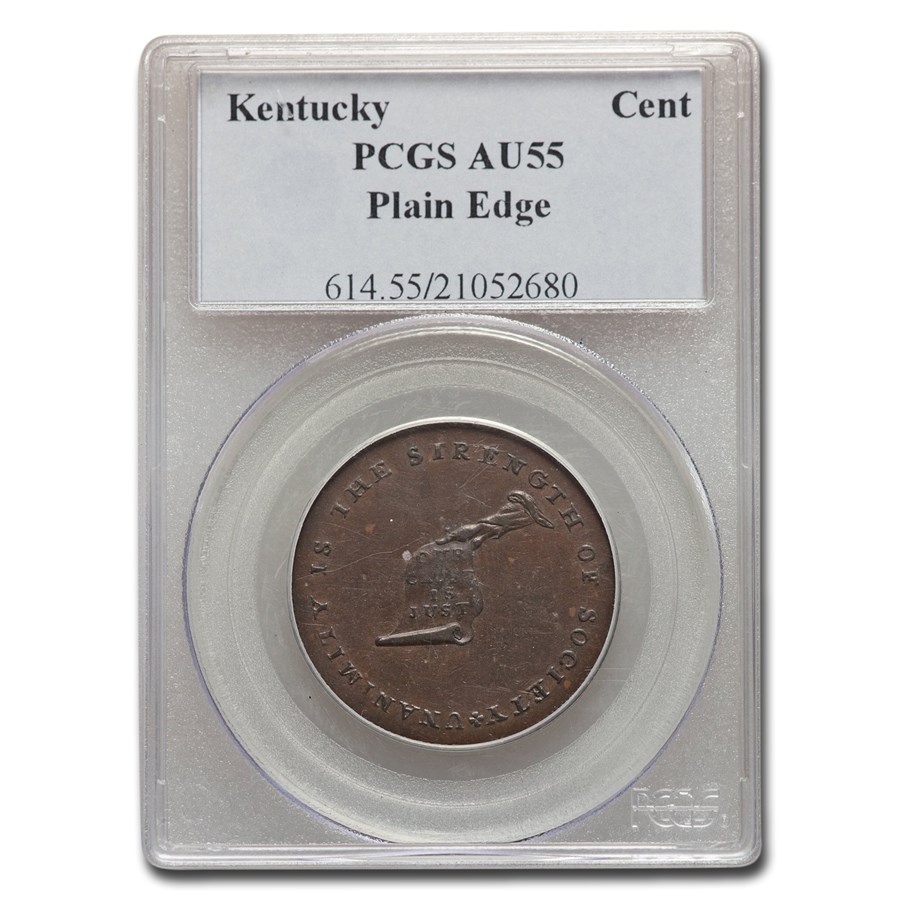 Your purchase will match the quality of the product shown.
Product Details
Product Details
A beautiful problem free chocolate brown coin. This is a truly beautiful Colonial Coin! It is well-struck for this issue. These tokens were struck in England, just after the Revolutionary War, for circulation in the new States.

Coin Highlights:
Protect your Kentucky Token in style by adding an attractive presentation box to your order.

Add this rare 1792 Kentucky Token to your cart today!