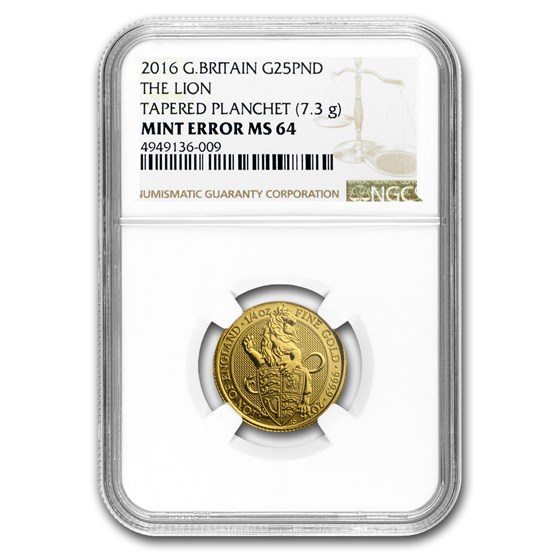 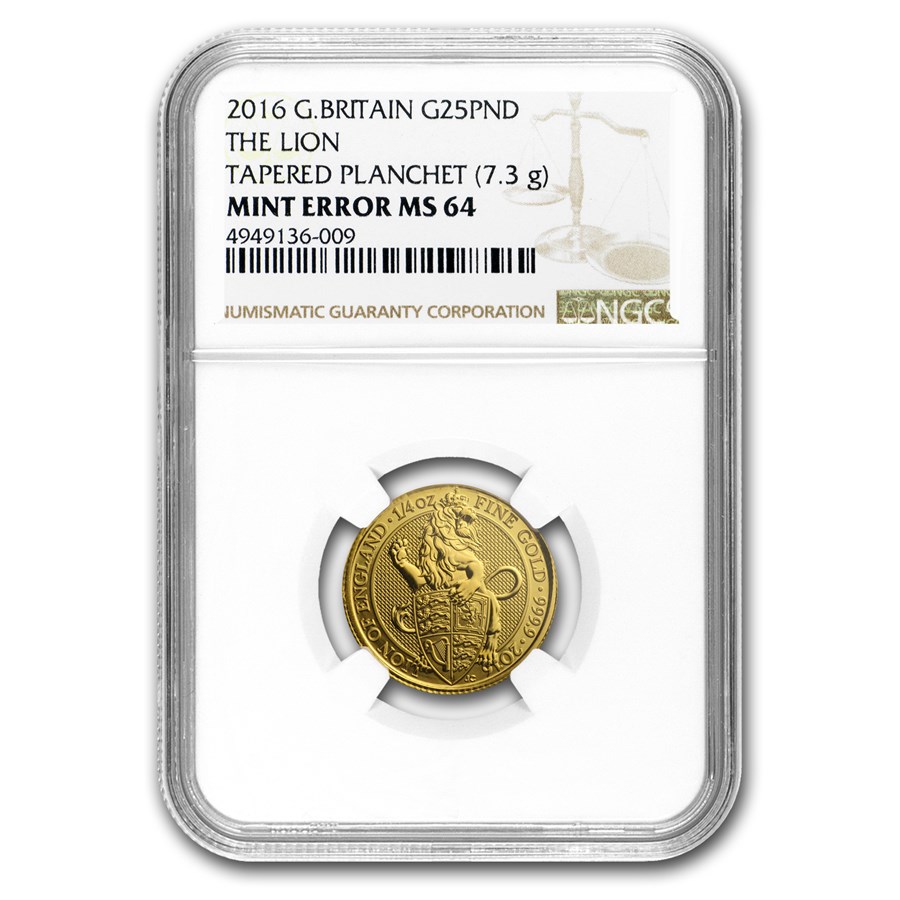 Coin Highlights:
Add the first coin of this exciting new 10 coin series to your cart today!

The Lion of England Queen's Beasts is the crowned golden lion of England which has been one of the supporters of the Royal Arms since the accession of James I in 1603. It is supporting a shield showing the Arms of the United Kingdom as they have been since Queen Victoria came to the throne in 1837. In the first and last quarters of the shield are the lions of England. The lion and treasure of Scotland appear in the second, and the harp of Ireland is in the third.