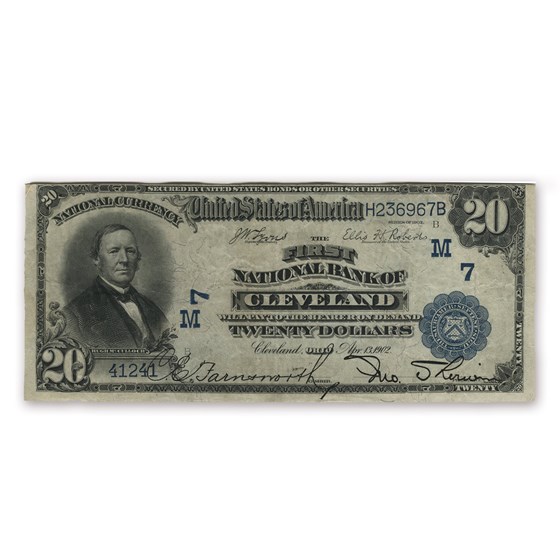 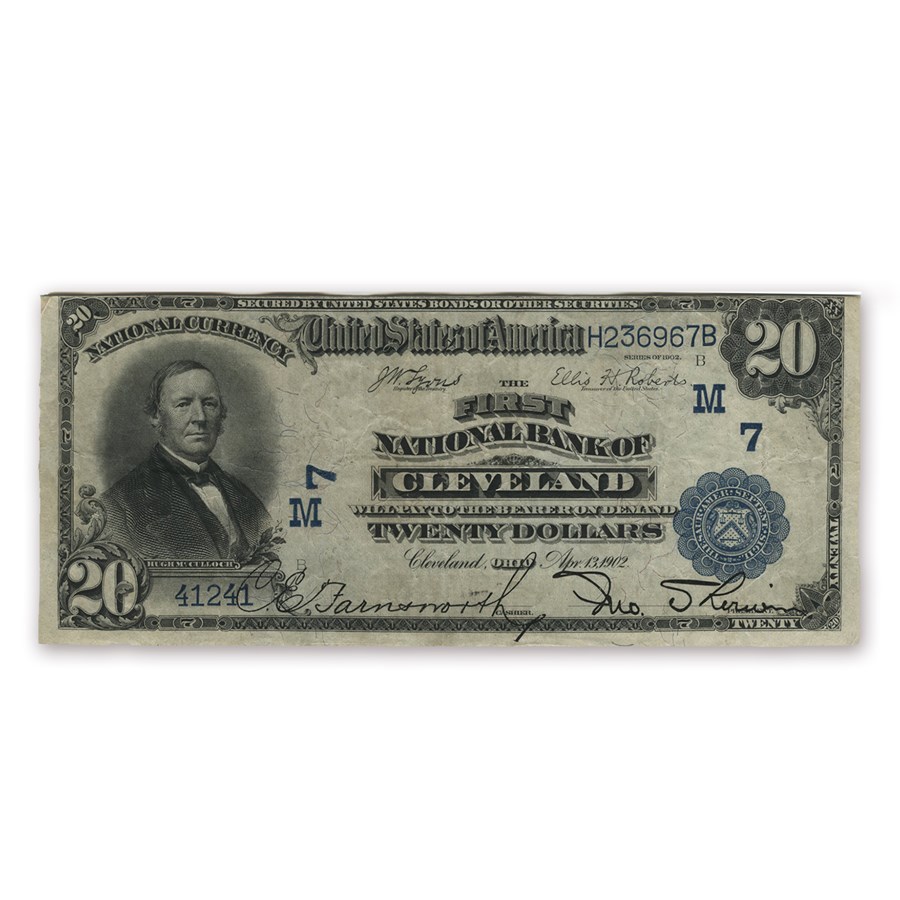 Product Details
Product Details
This large size National was issued by the First National Bank of Cleveland, Ohio. With an extremely low charter number of 7, that makes this bank one of the oldest banks to be charted in June of 1863. This a solid Very Fine note with no problems.

Currency Highlights:
Since over 12,000 banks were chartered and issued notes, these issues have become highly sought after by collectors. Add this nice collectors item to your cart today!

A lower Charter #7 indicates that this bank was organized in June of 1863.