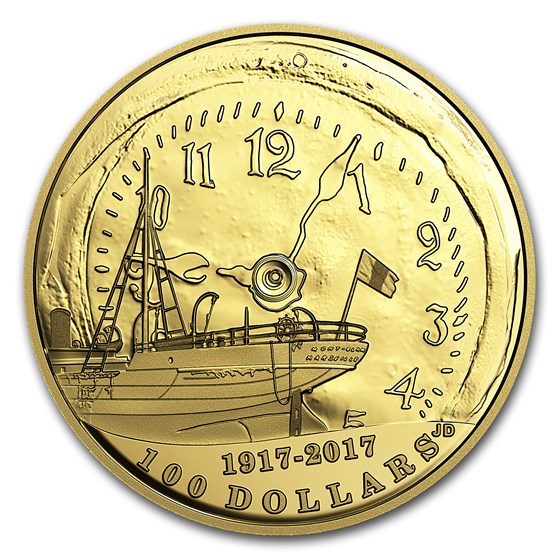 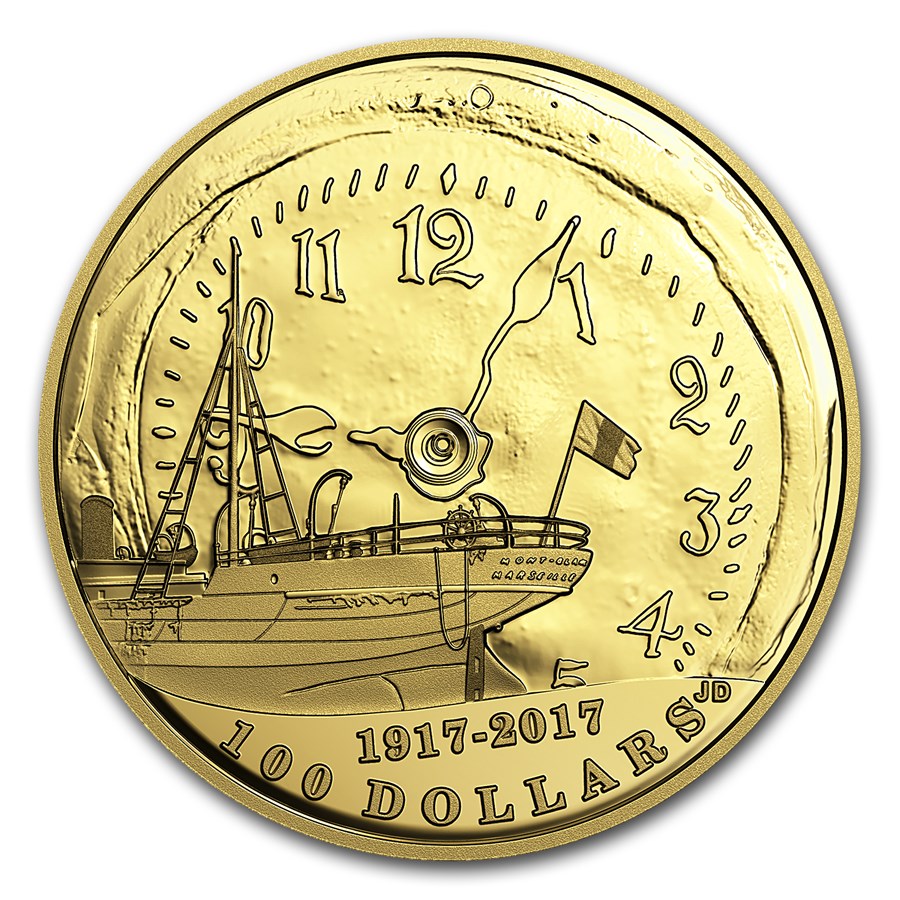 Product Details
Product Details
The Royal Canadian Mint’s annual $100 Gold coin commemorates the 100th anniversary of the Halifax Explosion, in which the Norwegian ship SS Imo and the French munitions ship SS Mont-Blanc collided as they made their way through Halifax's busy harbor.

The Halifax Explosion was the largest man-made explosion of the pre-nuclear era. The impact ignited Mont-Blanc's explosive cargo, resulting in an explosive blast that instantly leveled an entire district and triggered a tsunami. This 14-karat coin Gold coin honors the 100th anniversary of the Explosion of 1917 through two powerfully symbolic elements that are associated with this maritime disaster, which remains one of the worst Canadian tragedies of all time.

Add this Gold $100 Centennial of the Halifax Explosion coin to your cart today!

The reverse design by Canadian artist Jamie Desrochers recreates two symbolic elements that are synonymous with the Halifax Explosion of 1917: SS Mont-Blanc, whose cargo was the source of the tragic explosion-damaged clock that was retrieved from the rubble. In the foreground is a partial port side view of SS Mont-Blanc - specifically her bow, which was struck by the Imo on the morning of December 6, 1917. In the background, multiple finishes enhance the engraved clock's appearance while conveying the extent of the damage: the metal is beaten, warped and twisted; its face, hands and numbers have melted from the intense heat, yet they still retained their form. The clock stands as a permanent reminder of a moment frozen in time, its hands forever marking the moment of the explosion: 9:04 a.m.