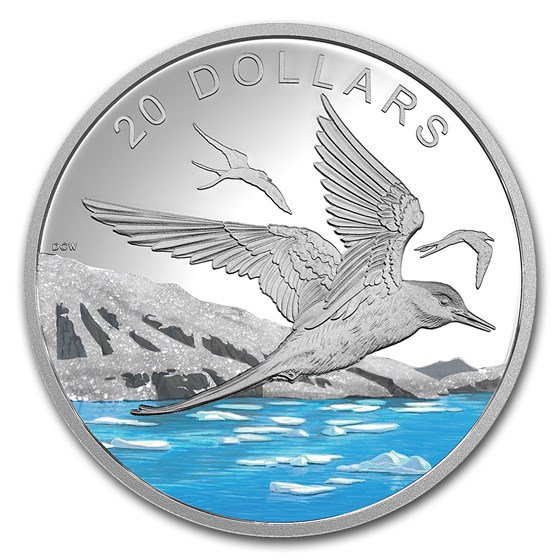 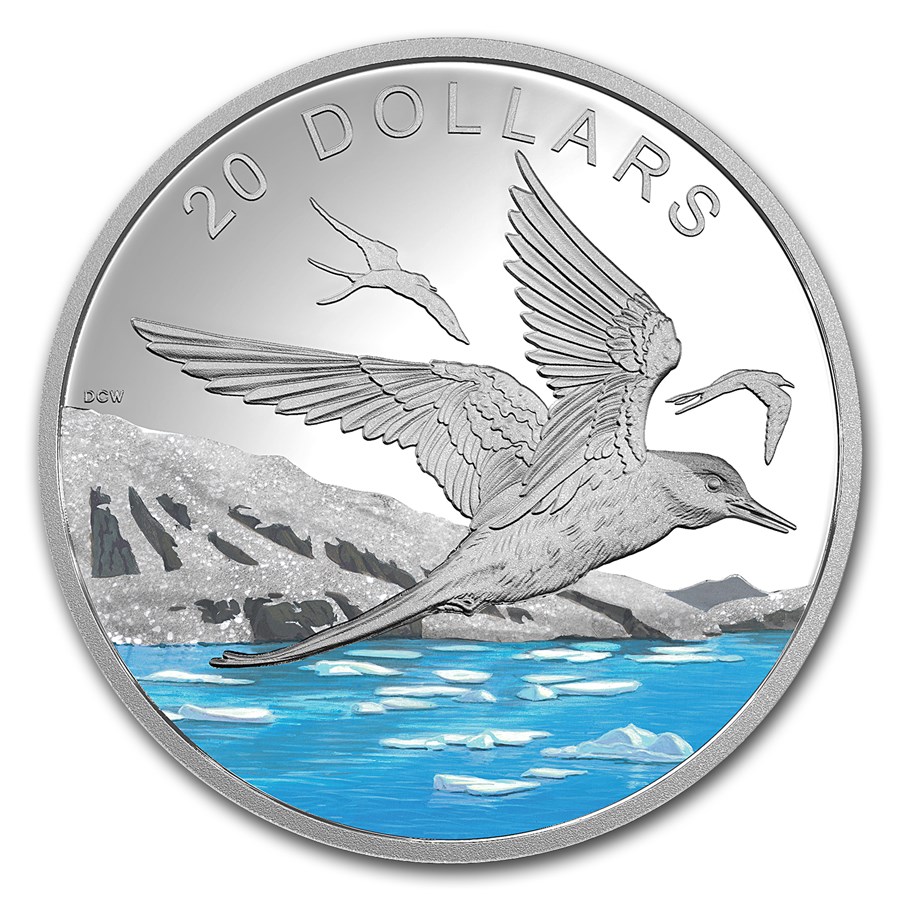 Your purchase will match the quality of the product shown.
Product Details
Product Details
Carved out over time by ice and wind, the majestic beauty of Canada’s Arctic landscape is like no other. This fine Silver coin is a celebration of this icon of the True North and of a proud nation whose spirit and history have been shaped by snow and ice.

When it comes to epic migrations, no other bird species rivals the long-distance trek of the Arctic tern (Sterna paradisaea). This summer resident of Northern Canada travels roughly 40,000 kilometers each year; it winters on the Antarctic sea ice but returns time and time again to its breeding grounds in “the True North strong and free,” which sparkles on the reverse of this fine Silver coin!


This series of coins is highly sought-after, those issued in 2016 sold out quickly. Add this unique 1 oz Silver Arctic Tern coin to your cart today!