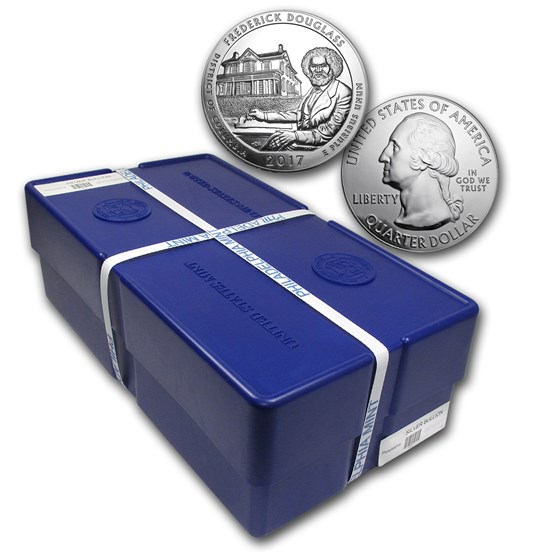 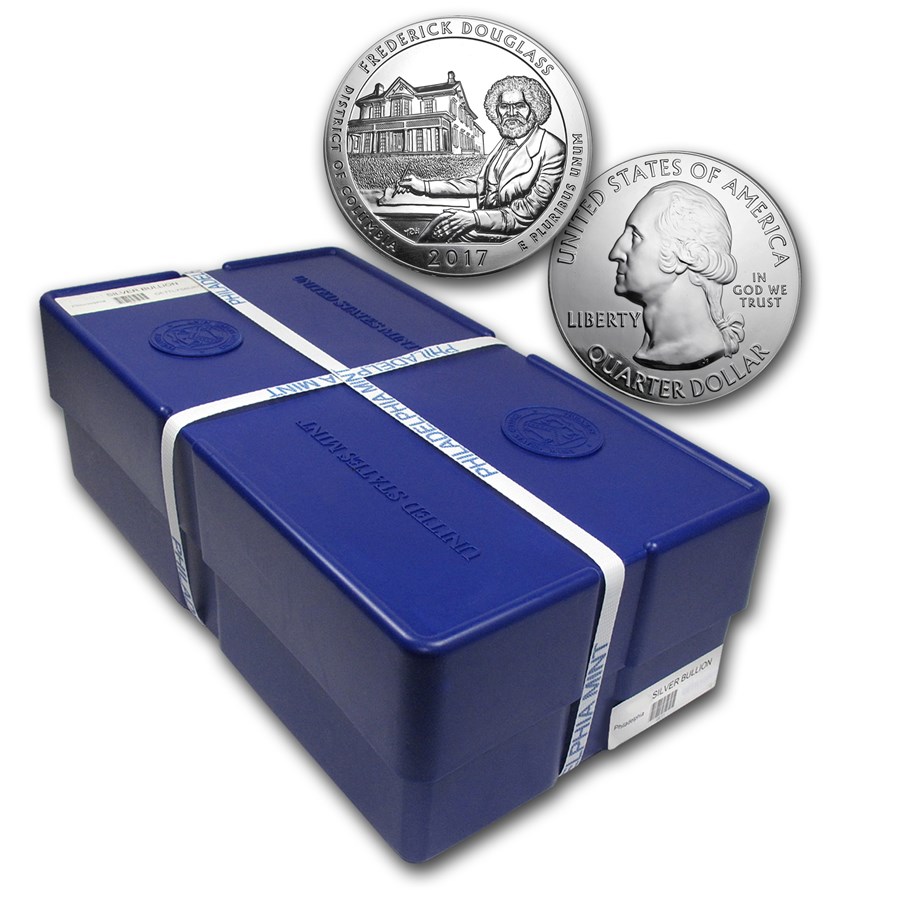 $21.42
As Low As
Product Details
Product Details
Sealed Monster Boxes are an ideal way of owning larger amounts of Silver with just one purchase. Each of these boxes contains 100 Frederick Douglass National Site Silver America the Beautiful coins and comes sealed with the U.S. Mint straps intact.

Frederick Douglass National Historic Site in the District of Columbia is where the famous abolitionist built his home, called Cedar Hill. This coin is the second release of 2017 in the U.S. Mint's popular 5 oz Silver bullion America the Beautiful series.