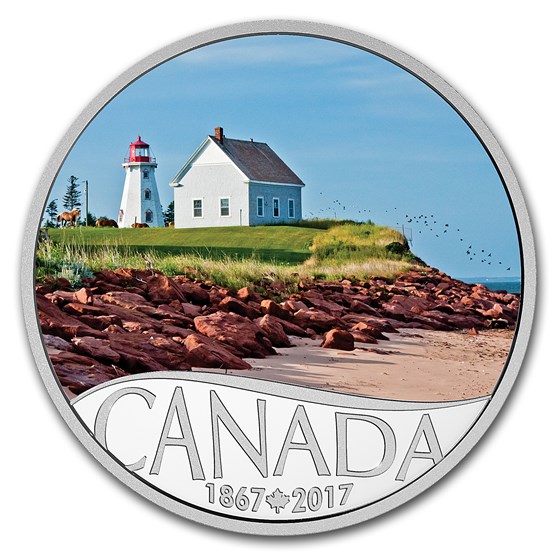 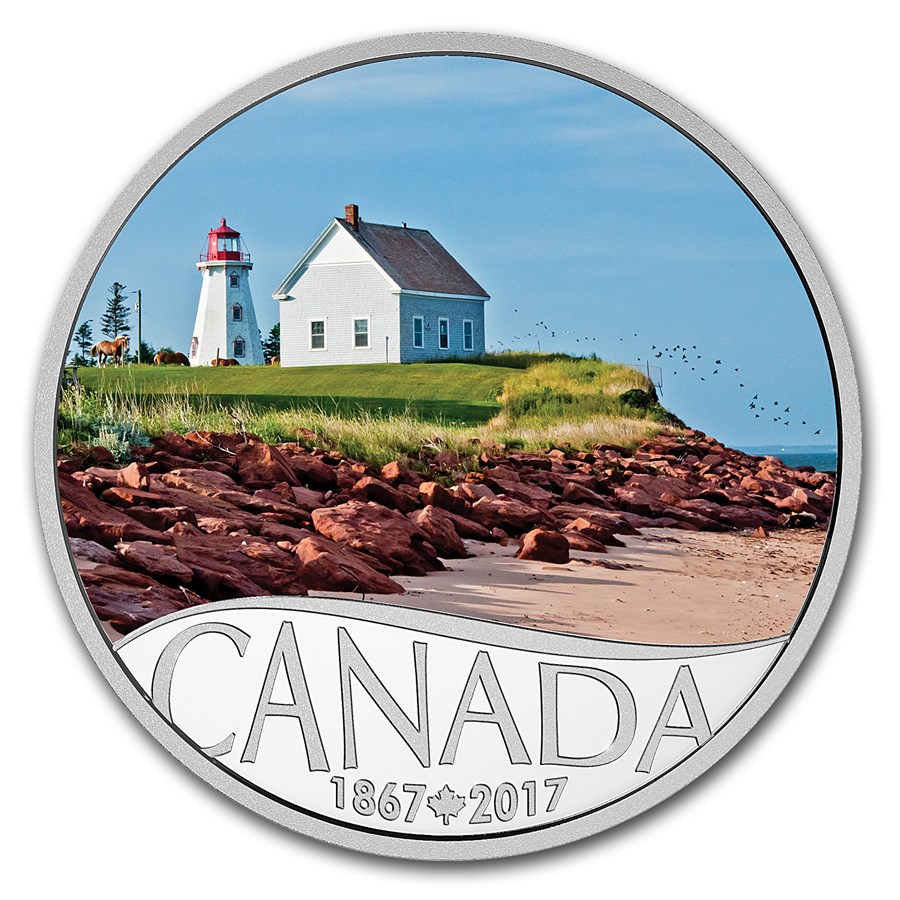 $21.68
As Low As
Product Details
Product Details
Beginning with the beloved icon of Ontario’s lakes, this 13-coin collaborative series marks the 150th anniversary of Canada with a cross-country journey that celebrates the distinct and timeless wonders of the land.

Based on a photograph taken by Canadian photographer Robert Hamilton, the reverse features vibrant color over the detailed engraved image of a seaside setting in Prince Edward Island. The evening sun casts its golden light upon the landscape, where the island’s famously red rocks cast long shadows on the sand. On the grass-covered slope sits the province’s oldest wooden lighthouse, the Panmure Island Head, which was built in 1853 on the northeast shore of Panmure Island. This octagonal-shaped lighthouse and the structure next to it appear brighter against the blue sky; adding to the idyllic nature of the scene are the grazing horses to the left of the lighthouse, while to the right, a flock of birds take flight over the water’s edge.

From colorful flora to iconic fauna and landmarks, the breathtaking photographs of Canadian Geographic reflect the rich diversity of the Canadian experience. The eighth coin in the continuing Celebrating Canada’s 150th series showcases the Birthplace of Confederation, Prince Edward Island, through the beauty of the historic lighthouses found along its stunning coast.