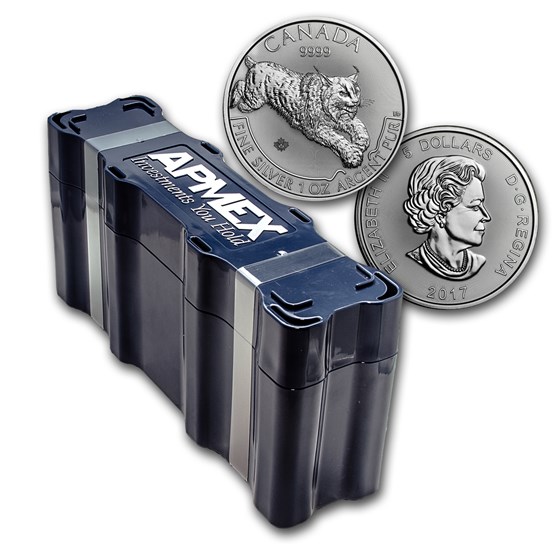 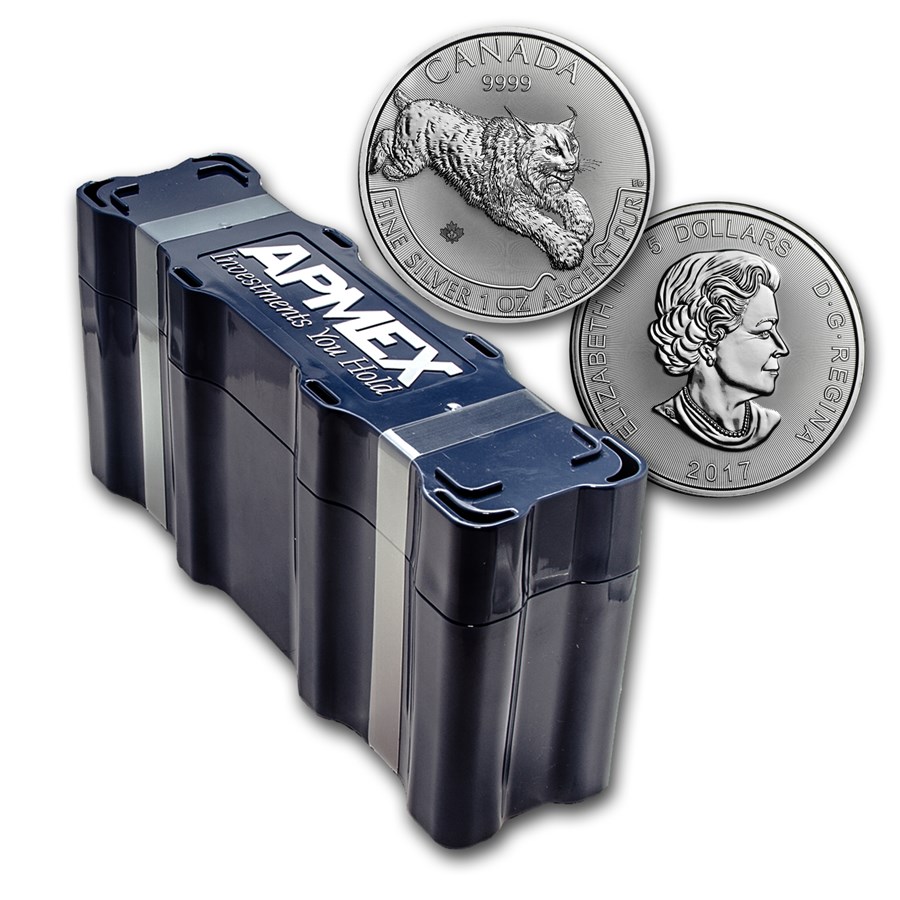 The 2016 Cougar was the first installment of the Royal Canadian Mint's four-coin 1 oz Silver Canadian Predator series, which had a maximum mintage of one million coins. The second release has become even more exclusive by cutting that mintage in half; with only 500,000 coins!

The Lynx intrigues with its beautiful features, elusive behavior and secretive ways. The name lynx is derived from root words meaning "light" and "brightness", in reference to the luminescence of the its reflective eyes. The lynx is an excellent climber and swimmer and twice as effective as bobcats at supporting its weight on the snow. This wildcat has a calm demeanor but is a skilled hunter that easily adapts to the changing seasons, an admirable trait that makes it one of Canada’s beloved iconic species, as celebrated in this fine Silver coin.

Lynx are generally found throughout most of the boreal forests of Alaska and Canada that have cold, snowy winters and a high density of their favorite prey, the snowshoe hare. They are also known to inhabit much of the U.S, into the northern Rocky Mountains/Cascades, southern Rockies, Great Lakes states and the Northeast.