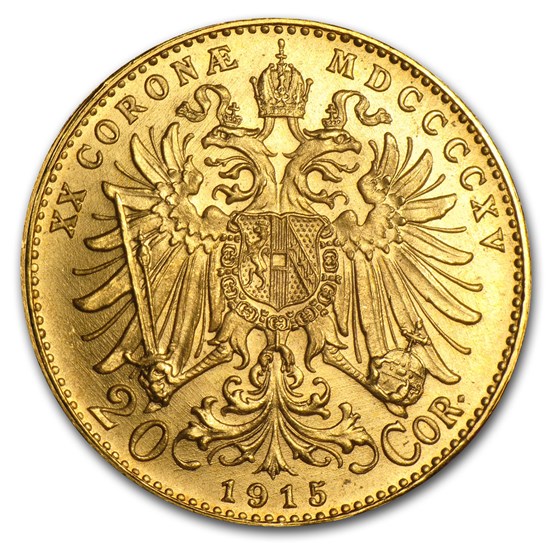 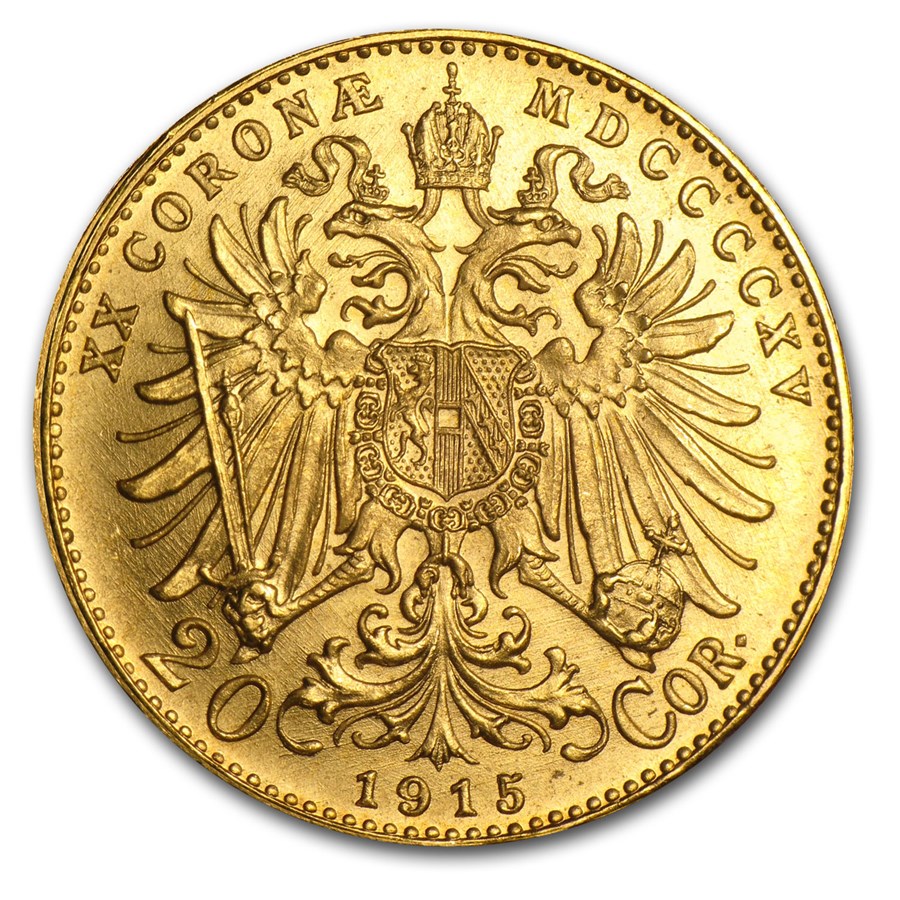 Product Details
Product Details
The Austrian 20 corona is one of the most popular Gold coins in the world for its recognizable design and Gold content.

Coin Highlights:
Protect your Gold 20 Corona coin in style by adding an attractive display box to your order.

This stunning Gold bullion coin is very popular for its .1960 oz Gold content, and classic design. Add some of these Austrian 20 Corona coins to your cart today!

Gold 20 Coronas were first issued by the Austro-Hungarian empire in 1892 following that year's coinage reform. The last regular issue of the 20 Corona for circulation was in 1916 during the last years of the reign of Franz Joseph I, during World War I when Gold coinage production ceased.

The Bald guys have to stick together!

This coin will be an awesome addition to my European gold stack. The weight and overall appearance are outstanding. Ill have to get more!!

Great buy. An attractive coin with a relatively low premium. I wish I purchased more. I enjoy this coin a lot more than buying 1/10 oz coins.

One of the first product I purchased from Apmex. Great design and feels better than buying 2 1/10 oz coins.

Great coins. Excellent service!!! I got the coins in about 3-4 days! Another company I bought from shipped the product 2 weeks after the purchase. It's been almost four weeks now and still no sign of the shipment. APMEX is very fast and reliable! Sales reps very friendly and helpful! Great dealing with you guys!