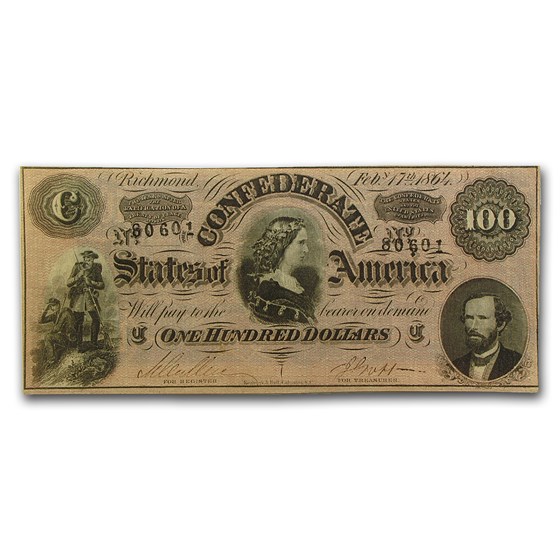 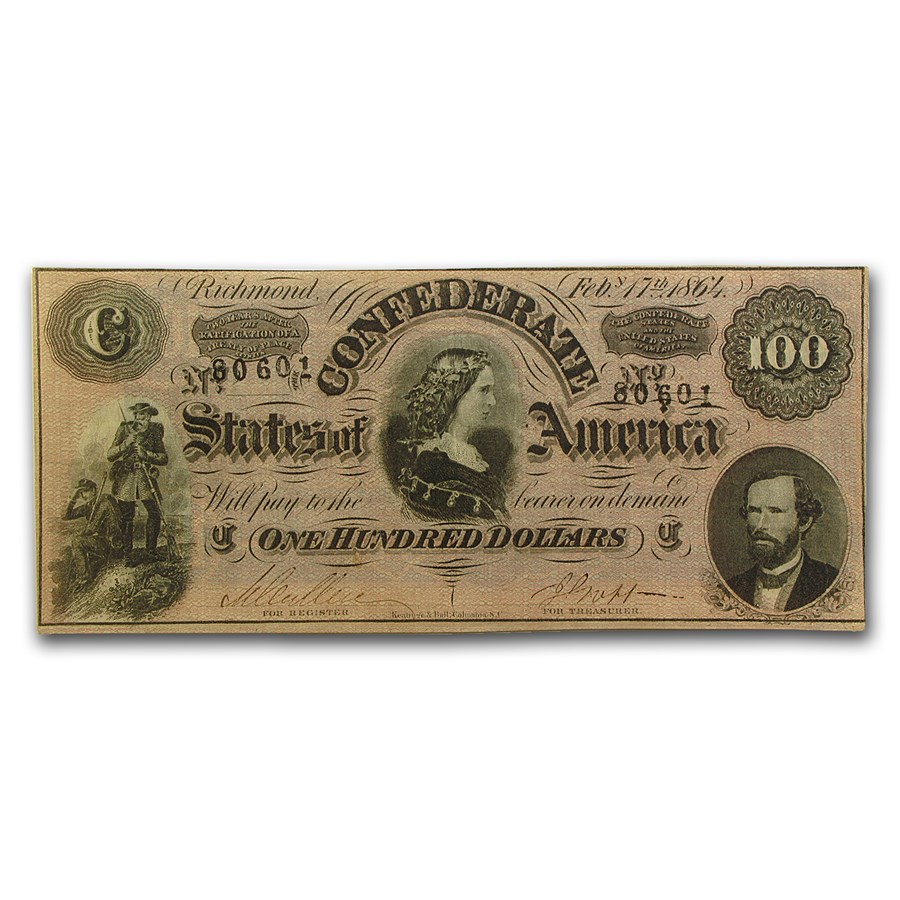 This note has been well preserved, and not many CSA paper money issues survived like this due to the quality of paper being used. This Crisp Uncirculated is a premium example of CSA paper money used during the Civil War.

The necessity of financing military operations during the Civil War forced the Confederate government to print paper money, just as the U.S. government did for the first time. This Series 1864 $100 Confederate Note also has a portrait of George W. Randolph, Confederate Secretary of War during part of 1862 at lower right.