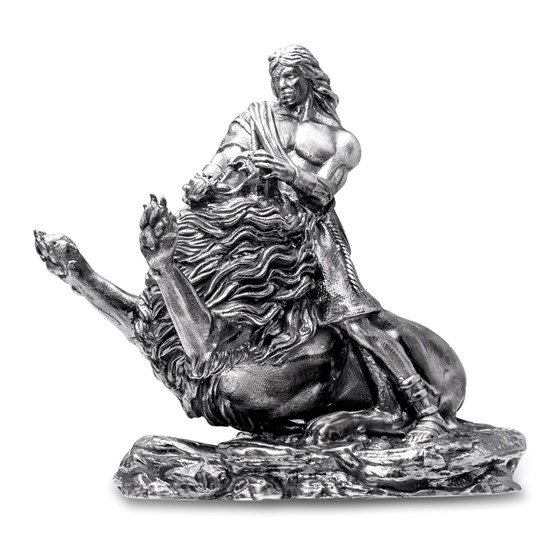 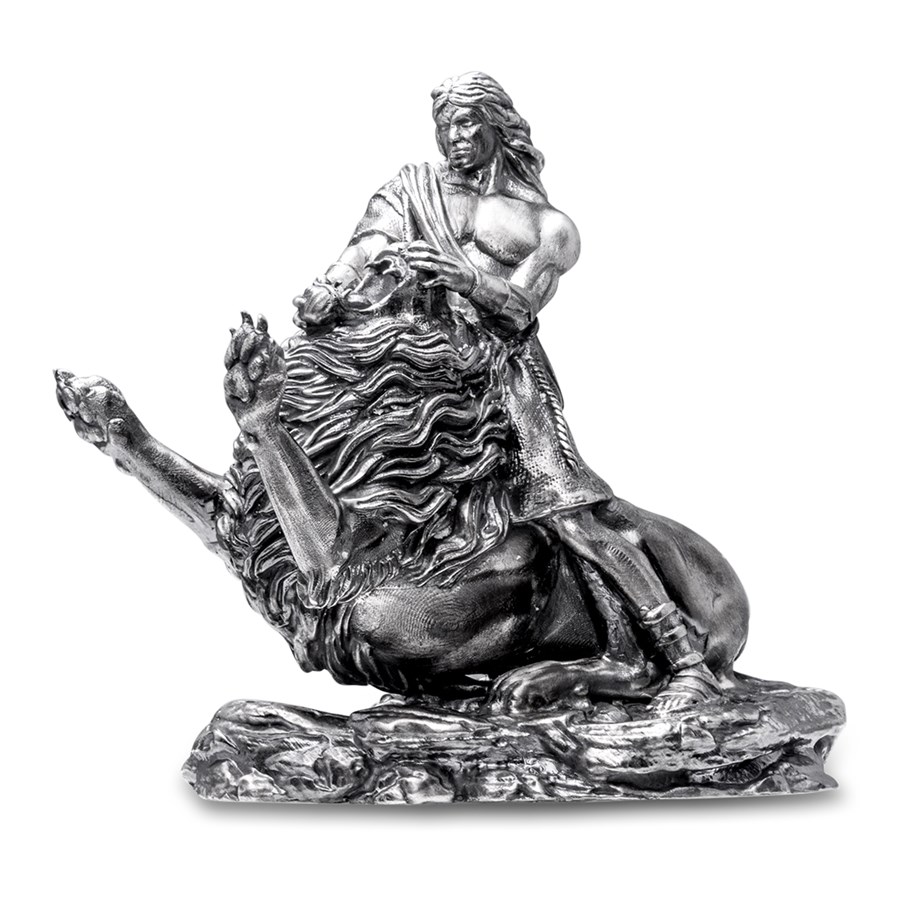 Your purchase is guaranteed to match the quality of the product shown. It will not be this exact item.
Product Details
Product Details
First, in the Silversmith series is Samson and the Lion, which depicts Samson battling a fierce and ferocious lion. These statues display impeccable craftsmanship and attention to detail further adding to their collectibility.

Statue Highlights:
Protect your Silver from toning by adding cotton gloves to your order.

Each Silver Statue features an antique finish that gives it a unique look and feel that further adds to the masterful artwork of the life-like statue.

Samson went down to Timnah together with his father and mother. As they approached the vineyards of Timnah, suddenly a young lion came roaring toward him.

Last of the judges of the ancient Israelites mentioned in the Book of Judges in the Hebrew Bible (chapters 13 to 16) and one of the last of the leaders who "judged" Israel before the institution of the monarchy. Samson is sometimes considered to be an Israelite version of the popular Middle Eastern Heracles figure.

According to the biblical account, Samson was given immense strength to aid him against his enemies and allow him to perform glorious feats, such as quickly killing a lion, slaying an entire army with only the jawbone of an ass, and destroying a temple of the Philistines with his bare hands. However, if Samson's long hair was cut, he would lose his strength.