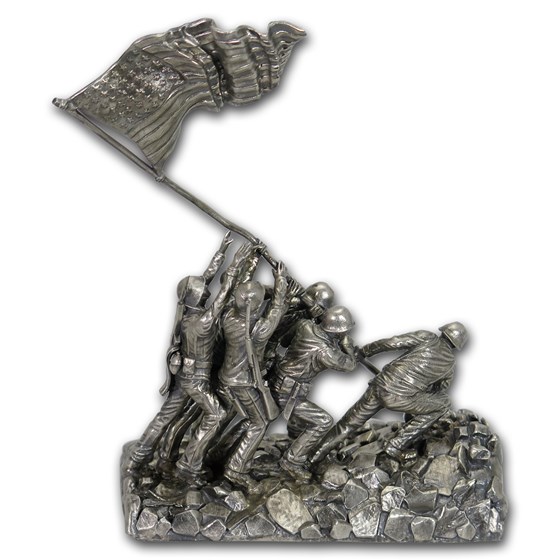 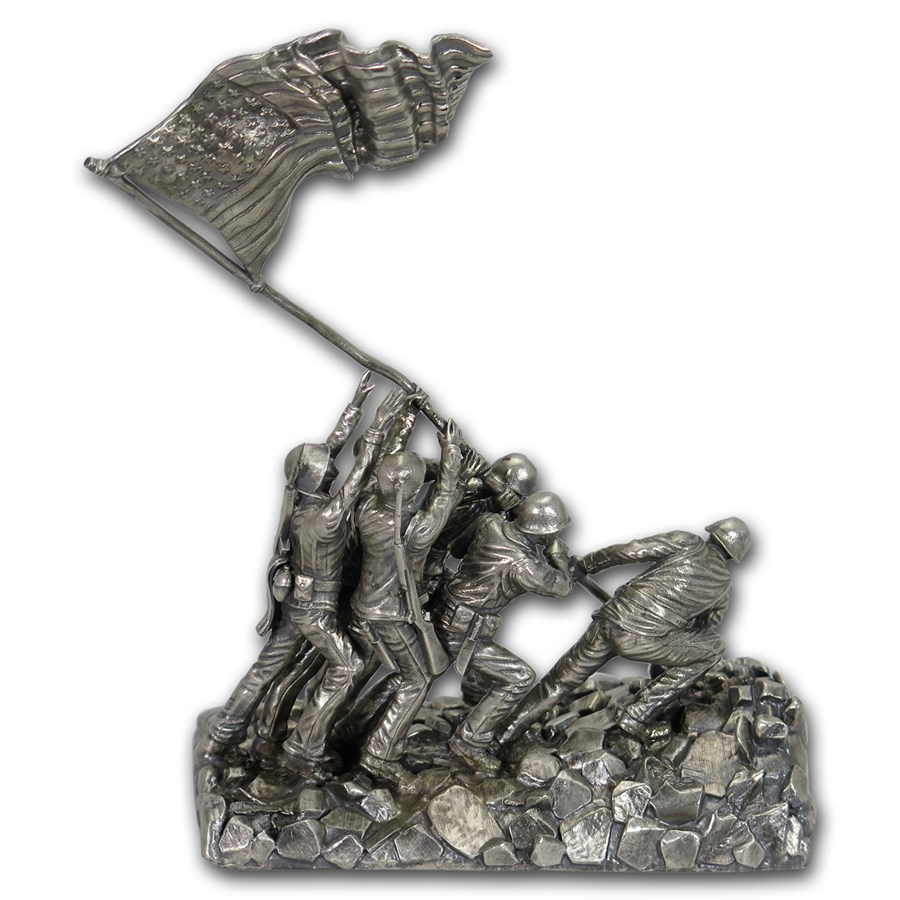 Your purchase is guaranteed to match the quality of the product shown. It will not be this exact item.
Product Details
Product Details
Part of the American Treasures series brings this impeccable statue in commemoration of the flag raising on Iwo Jima. The gorgeous three-dimensional statue offers you the opportunity to purchase one of Americas most iconic events.

Statue Highlights:
Protect your Silver from toning by adding cotton gloves to your order.

Each Silver Statue features an antique finish that gives it a unique look and feel that further adds to the masterful artwork and its collectibility.

Raising the Flag on Iwo Jima is an iconic photograph taken on February 23, 1945, by Joe Rosenthal. The photograph was first published in Sunday newspapers on February 25, 1945. It was extremely popular and was reprinted in thousands of publications. Later, it became the only photograph to win the Pulitzer Prize for Photography in the same year as its publication, and came to be regarded in the United States as one of the most significant and recognizable images of the war.

The image was later used by Felix de Weldon to sculpt the Marine Corps War Memorial, which was dedicated in 1954 to all Marines who died for their country and is located in Arlington Ridge Park, near the Ord-Weitzel Gate to Arlington National Cemetery and the Netherlands Carillon.

Excellent piece to have and display

Being a Marine I had to own this item. I was not sure of what its size would be, but I was not disappointed when I opened the box.It has a nice weight to it and the detail is excellent. I will be displaying this in a clear case to save it from dust and fingerprints. It is worthy to have a place for all to see. Get it while you can, there are only a few left.

This statue reflects the true grit of America's greatest generation! Three of them didn't leave that little spit of island alive, but will live on in this exquisitely created silver statue, with details so vivid, you can see the determined expressions in their weary faces. There is nearly no physical contact between the soldiers bodies as they perform their top duty. Therefore, they look so life-like, I'm thinking they might come alive at night, eating eat my chips and drinking my whiskey as they guard my other silver statues! If this is so, they are welcome to it! Because, we might not have the freedom we love so much, if not for their brave sacrifices on Iwo Jima! Well worth the money!