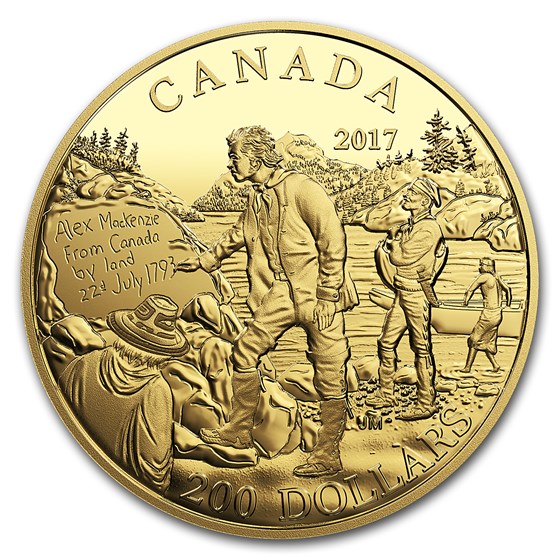 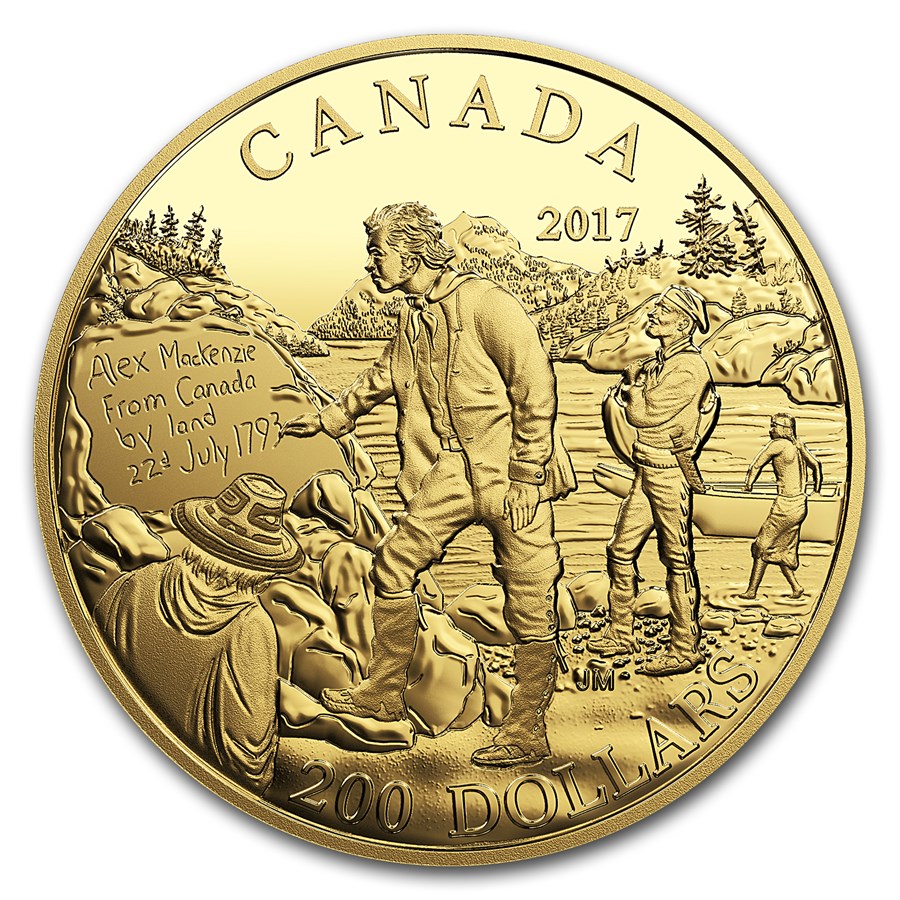 Your purchase is guaranteed to match the quality of the product shown. It will not be this exact item.
Product Details
Product Details
As the Sixth and final release in the RCM's popular Great Canadian Explorers series, Sir Alexander Mackenzie is featured in a depiction of a pinnacle point in his transcontinental journey to the Pacific.


Arriving at North Bentinck Arm in July 1793, in present-day British Columbia, Sir Alexander Mackenzie (1764-1820) made history by becoming the first European to cross the northern North American continent and reach the waters of the Pacific. His drive and determination to succeed exemplify some of the qualities that define history’s great explorers, while the chronicle of his journeys to Canada’s Arctic and Pacific coasts would inspire others to follow.

Complete your set and add this Alexander Mackenzie Gold coin to your cart today!

The reverse design by Canadian artist John Mantha features a full-length portrait of the great explorer, Sir Alexander Mackenzie. Painstakingly engraved in meticulous detail, the scene captures Mackenzie’s expedition at the westernmost point of their transcontinental voyage, in a breathtaking inlet surrounded by rocky peaks. Here, the waters of the Pacific in the background seem to sparkle with a golden gleam, thanks to the coin’s surface and the polished finish. In the foreground, Mackenzie stands at the water’s edge where he has inscribed the words “Alex Mackenzie from Canada by land 22nd July 1793” on a large rock, as evidence of the explorer’s passage and his epic journey.

Instrumental to the success of this expedition is a Nuxalk guide, who is pictured at bottom left with his back turned to the viewer; to the right of Mackenzie stands a member of his expedition, while another helps to carry the dugout canoe loaned by the Nuxalk over the shallow water. The entirety of the reverse boasts a high degree of historical accuracy, particularly in its depiction of the clothing worn by the voyageurs and the traditional cedar hat of the Nuxalk; the coin truly shines as an artistic piece, and an everlasting snapshot of a historic moment in Canadian history.