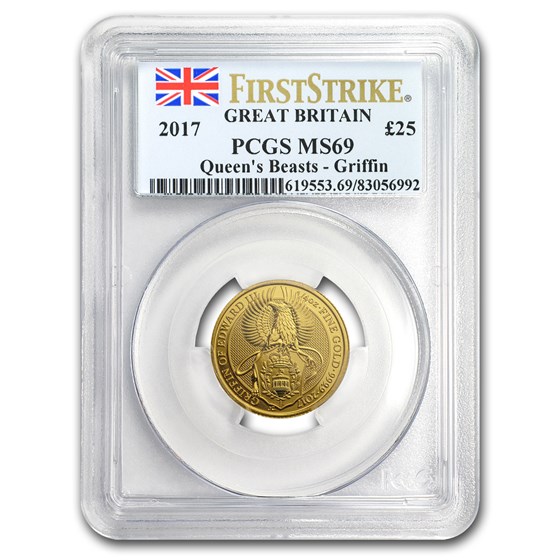 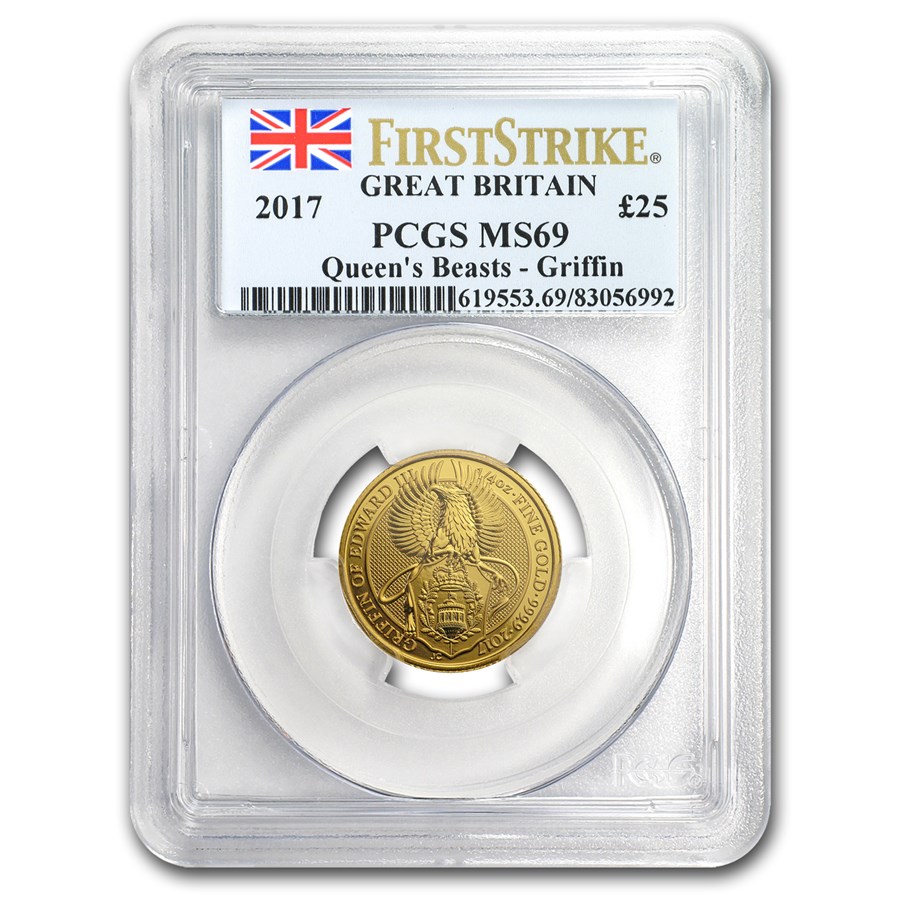 Product Details
Product Details
This coin is rated MS-69 First Strike. The Queen’s Beasts celebrates the British Monarch and the centuries of fascinating heraldry that has been a part of their story.