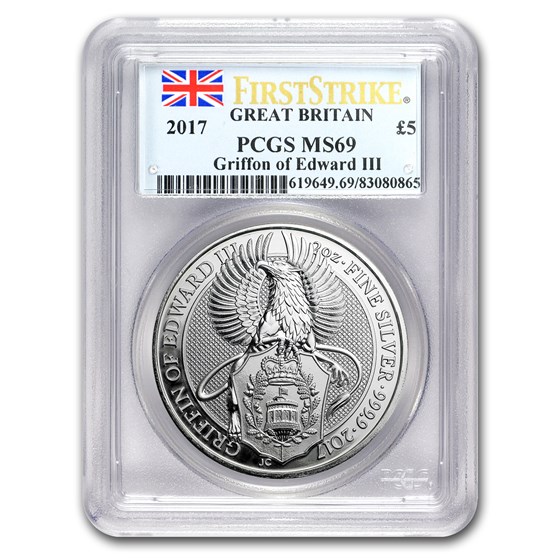 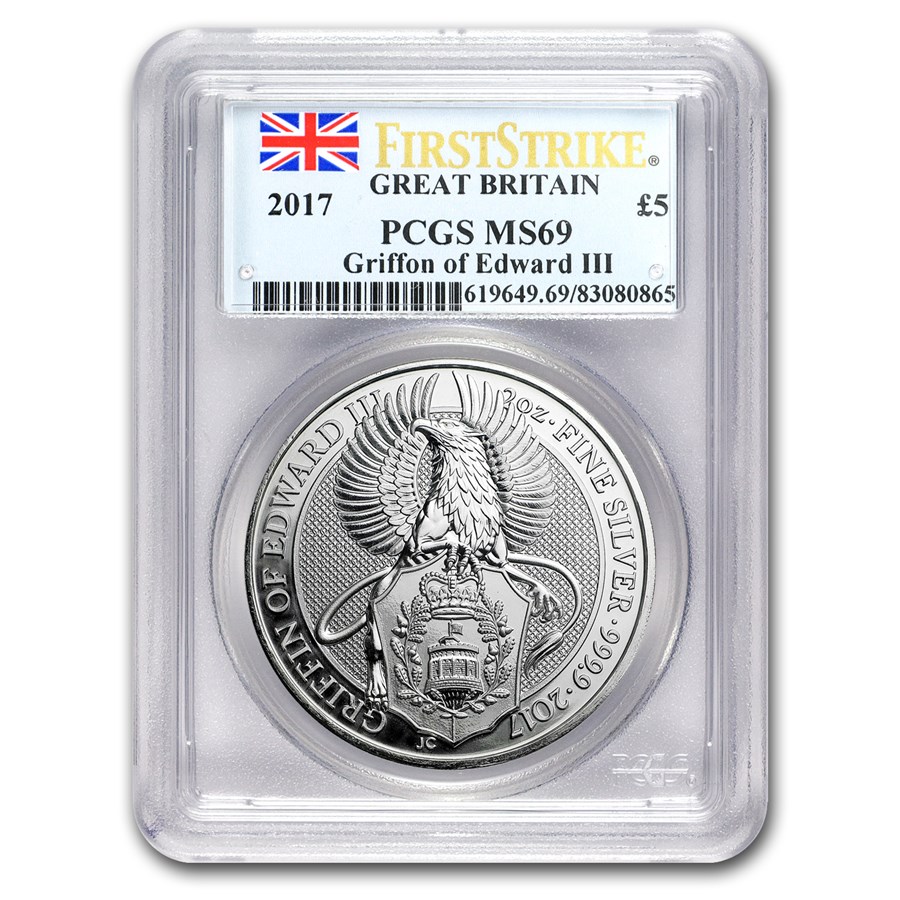 Your purchase will match the quality of the product shown.
Product Details
Product Details
This coin is rated MS-69 First Strike. The second release in a new 10 coin series of majestic creatures from The Royal Mint, this series features the heraldic beasts that stood guard at The Queen's coronation.

Coin Highlights:
Display your 2 oz Silver Queen's Beasts: The Griffin in style by adding an attractive display box to your order.


The 2017 Queen's Beasts Silver coin is the second 2 oz Silver British Bullion coin from the Royal Mint. Add the second coin of this exciting new 10 coin series to your cart today!