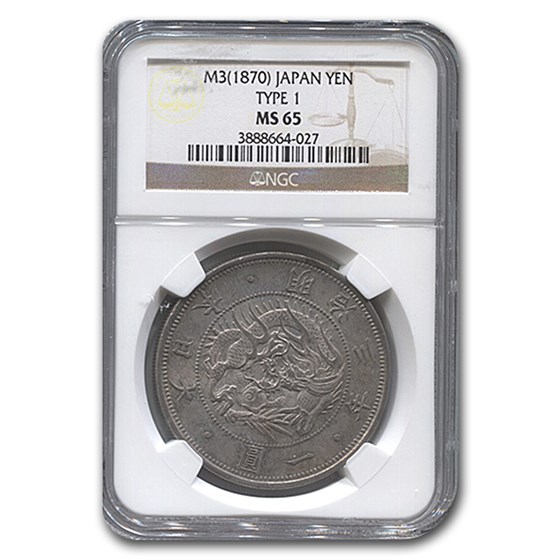 Your purchase will match the quality of the product shown.
Product Details
Product Details
This beautiful Silver 1 Yen coin from Japan was struck during the third year of the Meiji era in 1870. The Meiji era extended from October 23, 1868 through July 30, 1912.

In this era the Empire of Japan moved from being a feudal society to its modern form. The era is named after the reigning Emperor Meiji, the 122nd Emperor of Japan and lasted until his death in 1912. The Meiji era was succeeded by the Taisho era.


Showcase your certified Japanese Silver 1 Yen coin in style by adding a presentation box to your order.

Add this beautiful piece of Japanese history to your collection today!