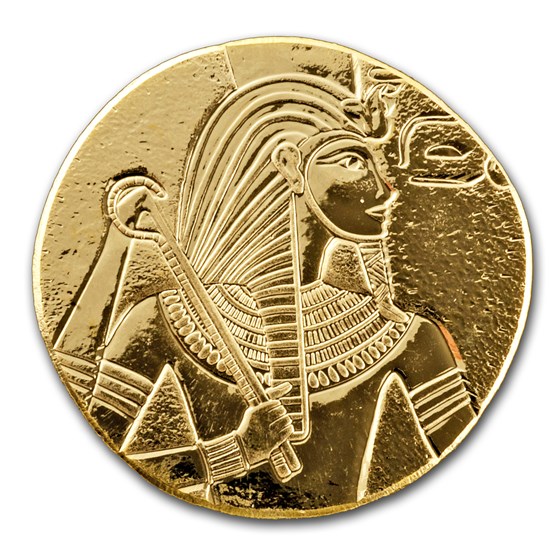 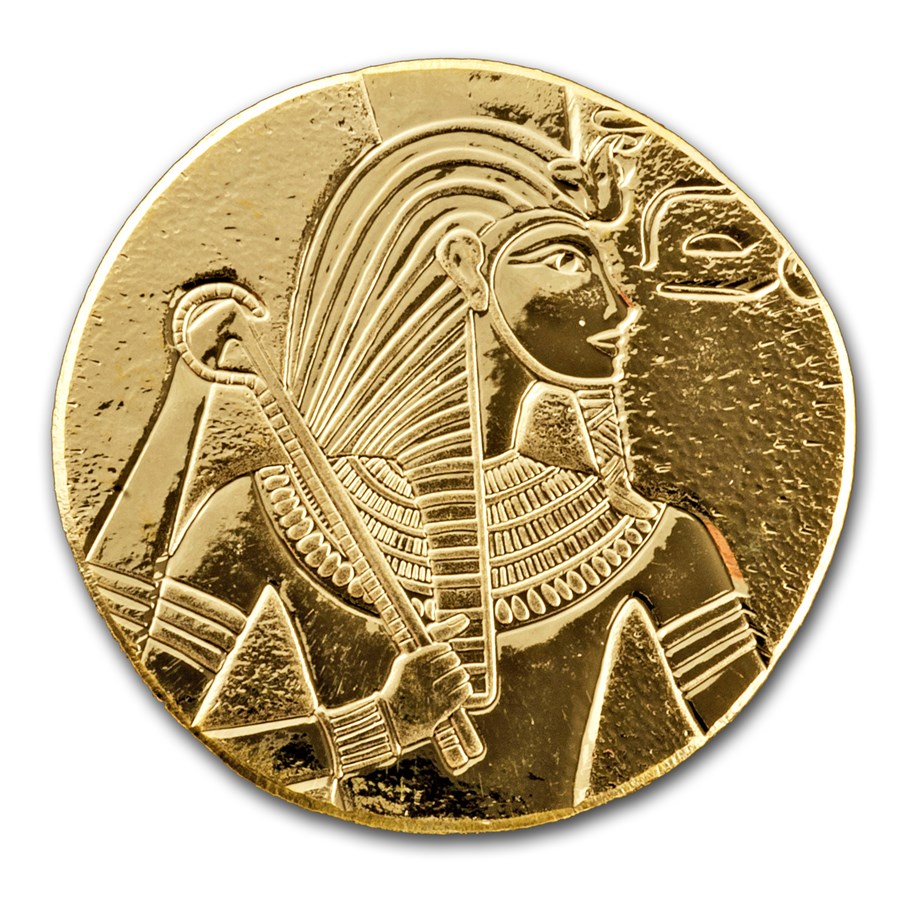 Your purchase will match the quality of the product shown.
Product Details
Product Details
King Tutankhamun, the boy pharaoh, is one of the most popular and intriguing Egyptian rulers. Scottsdale Mint used their high-quality minting techniques and rimless design to replicate a hand-carved Egyptian relic in .9999 fine Gold.

This 1 oz coin is the first Gold coin in the Egyptian Relic series and is made to look just as if it were discovered from an ancient Pyramid, designed to bring King Tut to life. Each coin is individually struck without a collar allowing the Gold to flow in such a way as to make each coin appear ancient and unique in shape. The coin has a distinct incuse design and a rough finish, giving it the appearance of an ancient coin in use for thousands of years.

Coin Highlights:
Handle your Gold coins with care by adding these white cotton gloves to your order.

These exceptional Gold coins would be perfect for any collector. Add this 1 oz Egyptian Relic King Tut coin to your cart today!

King Tut’s tomb was first discovered by British Egyptologists Howard Carter and George Herbert in 1922. What stunned many at the time was the solid Gold coffin. Inside were the remains of a pharaoh who, to that date, had been relatively unknown and lost to the history of the world.

Great Product! Only downside is the looseness of the coin in the packaging. Passed that it’s a beautiful coin with a very unique design! Highly recommend!!

Beautifully designed and wonderfully struck. First time buying non-govt struck coins, so buying this round turned out to be a great choice. Love it and will buy any issues in this series! I wish this series came in an ancient Egyptian styled display box. ??

a very unique and cool coin.

This is an awesome coin and I love having it in my collection. As always, the purchase, shipping and receipt are simple - Apmex even takes electronic checks over the phone which cuts days off the process. The only issues I have with this particular coin are a small smudge mark on the face of the coin and the packaging provided by the mint (I have all of my others in plastic containers which makes it easier to see all of the detail).

The best coin ever

this was what i was looking for

I like the whole concept of the "ancient coin" look. I've also purchased the 5 ounce Tut silver. the only downside is the "authenticity" packaging of the coin. it reminds me of a baseball trading card.

high relief would have been better, of for price have both silver they are better