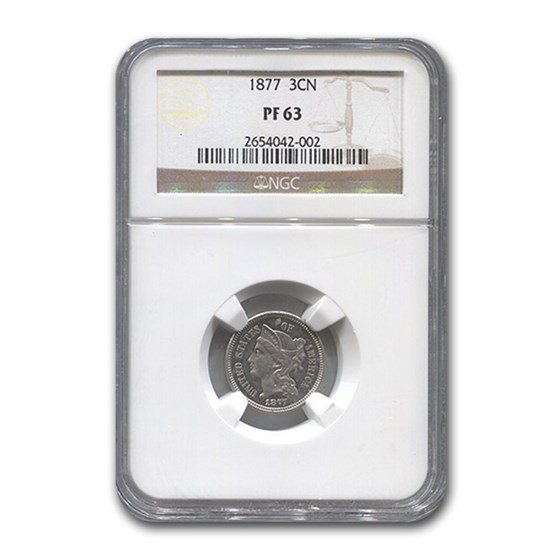 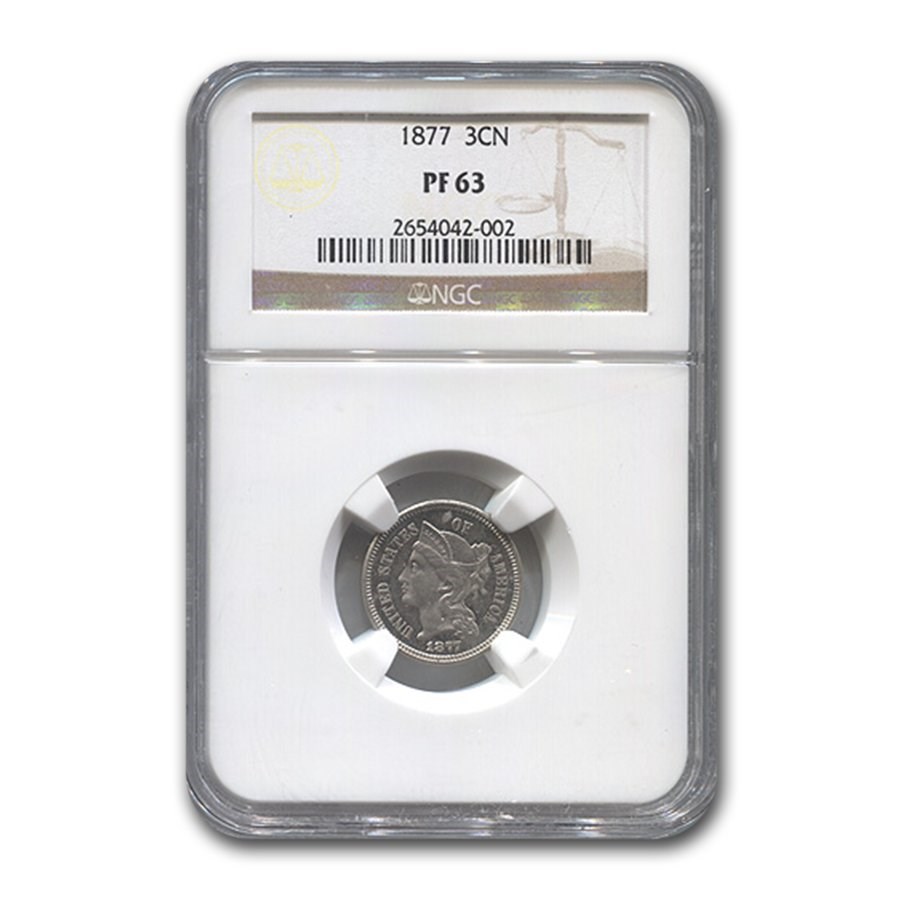 Your purchase will match the quality of the product shown.
Product Details
Product Details
This 1877 Three Cent Nickel has been certified as PF-63 by NGC, one of the top two coin grading services. This coin has a population of only 23 coins!

Coin Highlights:
Showcase your certified Three Cent Nickel by adding a presentation box to your order.

Add this 1877 Three Cent Nickel graded PF-63 by NGC to your cart today!

Only proofs were coined of this denomination in 1877, but the problem is that no one really knows how many were minted and how many of those actually sold. Figures of either 510 or 900 have been published, but these are incomplete reconstructions. It was not until the following year the Mint finally began recording sales of minor proof sets as part of the total mintage.

While this date is no more rare than others of the 1870s, its status as a proof-only issue makes it essential to the completion of a date series. The market values reflect this far greater demand.

Walter Breen listed an 1877/6 overdate, but what passes for a 6 does not match up exactly to the 1876 logotype. More likely is that this is a repunched 1877, with the only real repunching visible being at numerals 18.