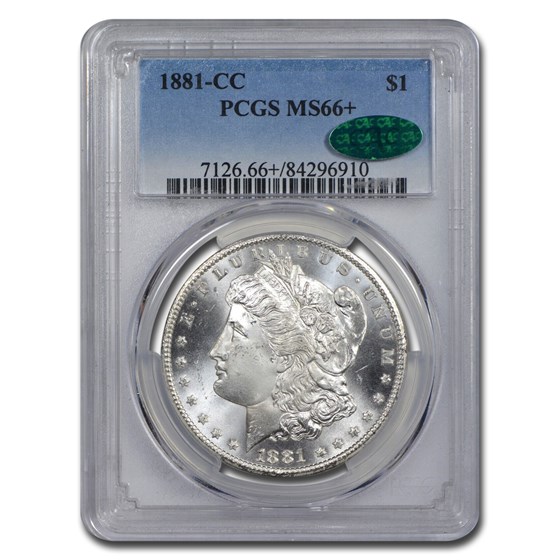 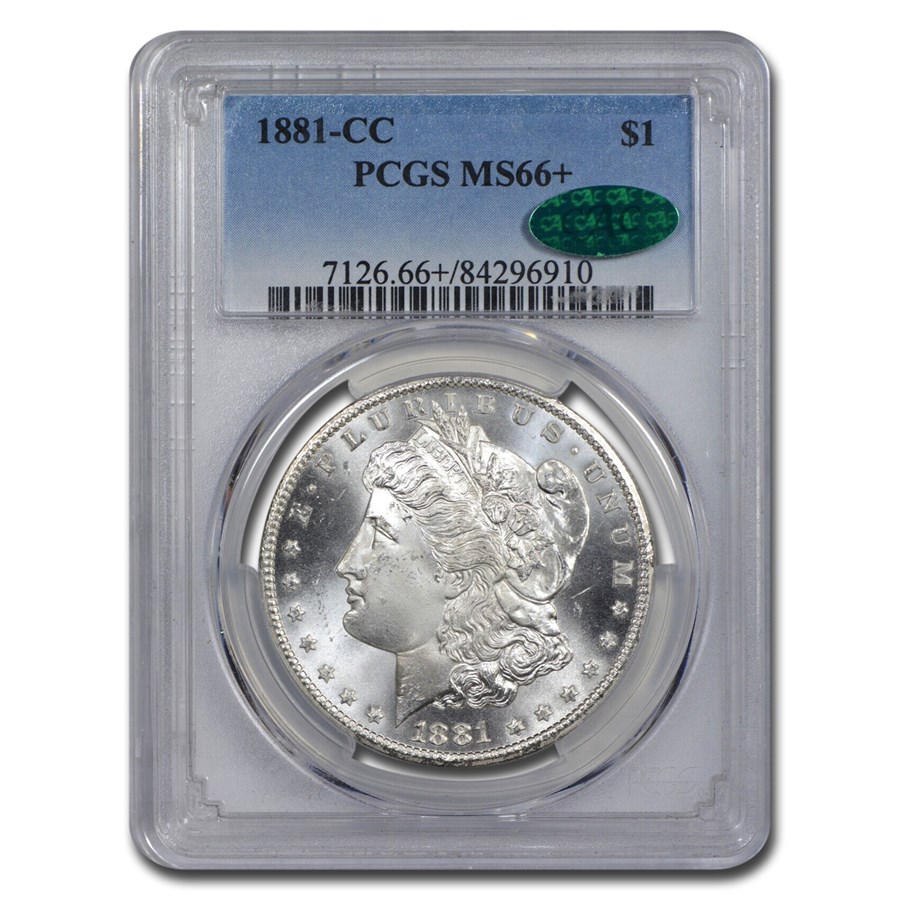 Product Details
Product Details
This 1881-CC Morgan Dollar has been certified as MS-66+ by PCGS, one of the top coin grading services in the industry. This coin has a population of only 346 coins – making it perfect for any historical U.S coin collection!

Protect your 1881 Morgan Dollar, along with the rest of your coin collection, by adding a home safe or lock box to your order.

Bring a piece of U.S. coinage history to your collection by adding this 1881-CC Morgan Dollar graded MS-66+ CAC by PCGS to your cart today!

MS-66+ PCGS CAC 1881-CC Morgan Dollar
Designed by George T. Morgan with a mintage of just over 1 million, the 1881-CC is one of the scarcer Morgan Dollars. Today, it is a highly coveted coin by collectors. George T. Morgan was an Englishman who came to the United States in 1876 to work for the Philadelphia Mint. There, he rose through the ranks and became Chief Engraver in 1885. Morgan is best known for his designs of American coins, including the Morgan Dollar named after him.