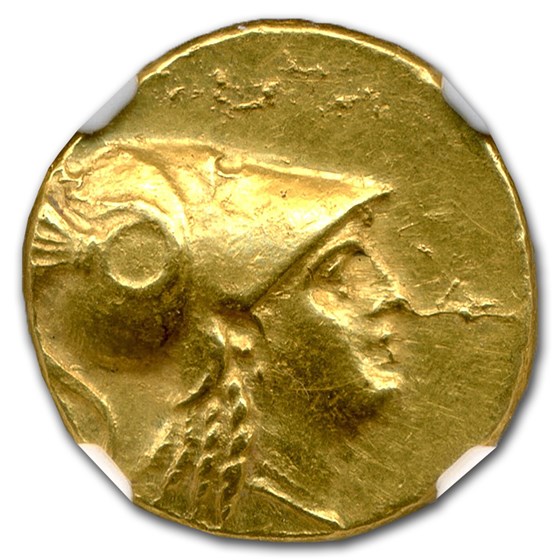 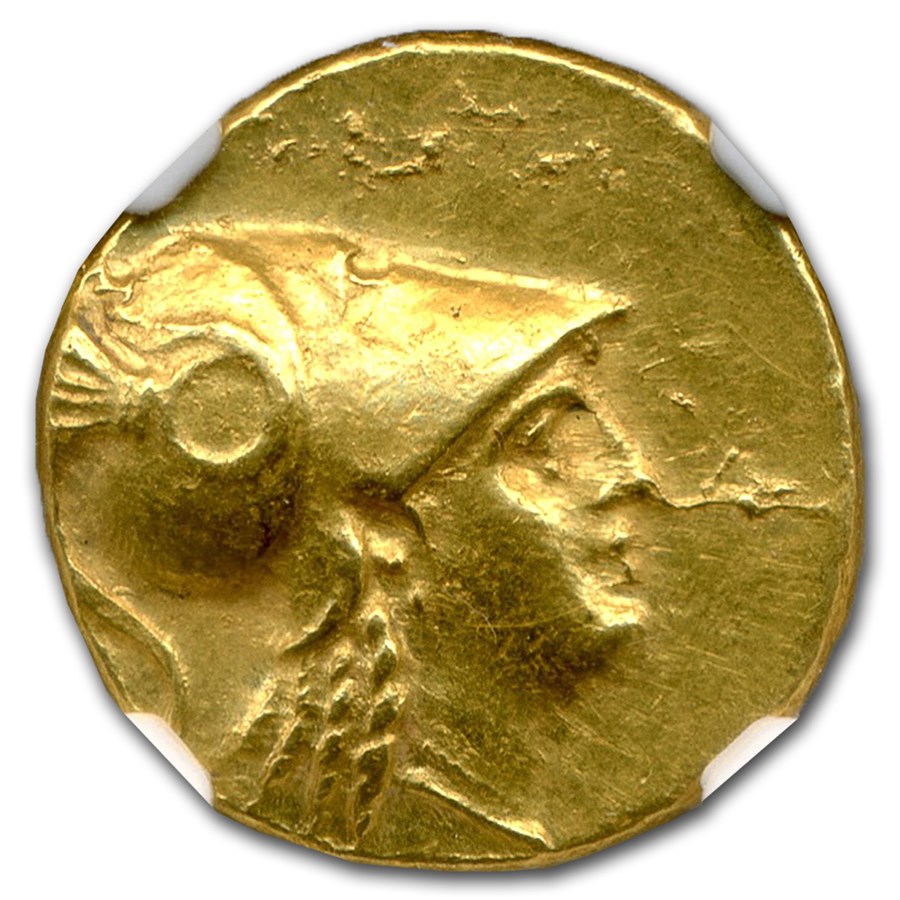 Coin Highlights:
Protect and display your Gold Stater of Alexander III in style by adding an attractive display or gift box to your order.

This coin is an outstanding example of Gold coinage that is more than 2,300 years old. Add this Macedonian Gold Stater to your cart today!