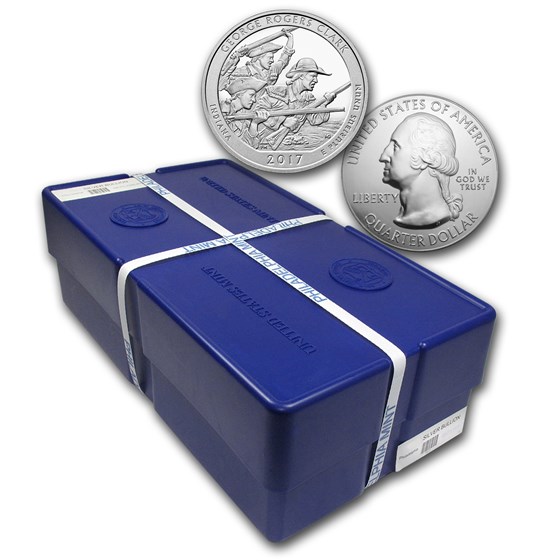 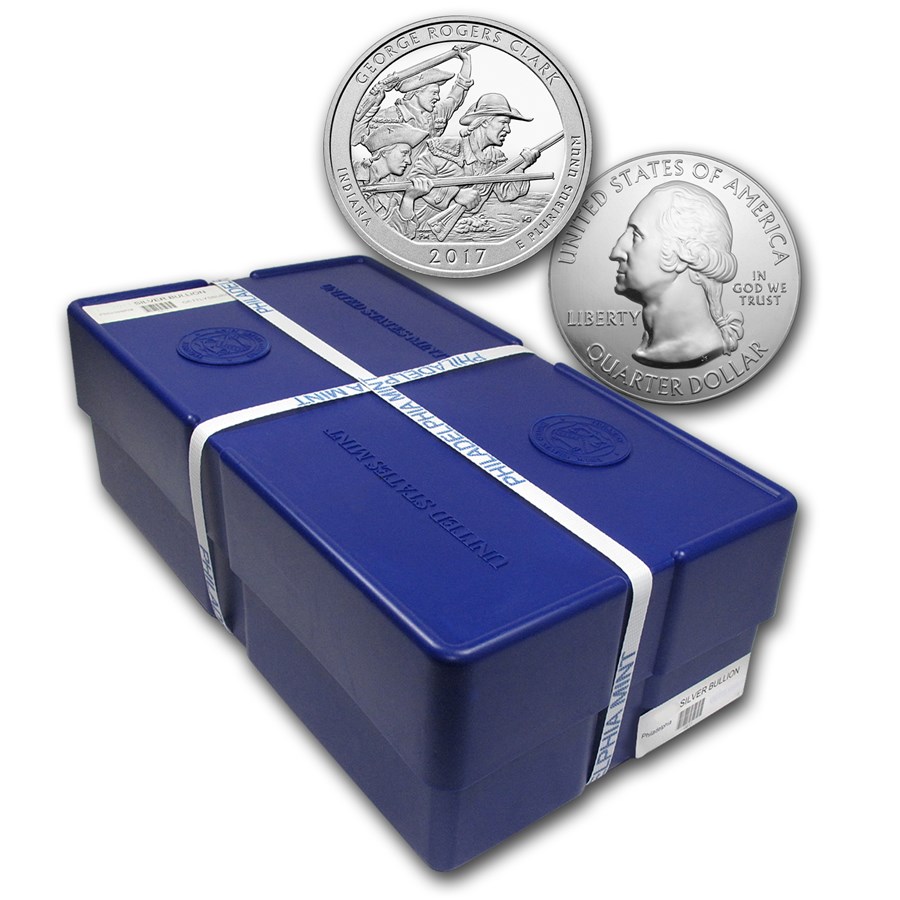 $21.64
As Low As
Product Details
Product Details
Sealed Monster Boxes are an ideal way of owning larger amounts of Silver with just one purchase. Each of these boxes contains 100 George Rogers Clark Silver America the Beautiful coins and comes sealed with the U.S. Mint straps intact.

George Rogers Clark National Park, Indiana is where colonial Americans overthrew the British to win a vast expanse of frontier land. This coin is the fifth release of 2017 in the U.S. Mint's popular 5 oz Silver bullion America the Beautiful series.

Dating back to 1779, a young 25-year old general named George Rogers Clark decided to form a group of frontiersmen to overthrow the British who held Fort Sackville along with a Appalachian frontier territory the size of the original 13 colonies. The British controlled the region beyond the colonies after the French and Indian war, and used the proclamation of 1763 as justification to send Indian war parties out to battle with settlers in the area. Clark, not wanting to stand-by idly, won approval from the governor to lead a major offensive against the British. After almost a year of planning, skirmishes and ruthless warfare, the Americans took the fort in a public display of kicking the British out of the area.

Transferred to the National Park Service in 1966, today the site holds the Clark Memorial and is an important marker in America’s westward expansion. Thanks to the bold efforts of George Rogers Clark, America was able to gain the control of the area that eventually became Ohio, Illinois, Indiana, Michigan and Wisconsin in the 1783 Treaty of Paris.

The best way to add value and quantity to your coin collection, purchase the 5 oz Silver 2017 ATB George Rogers Clark coins in a Sealed Monster Box.