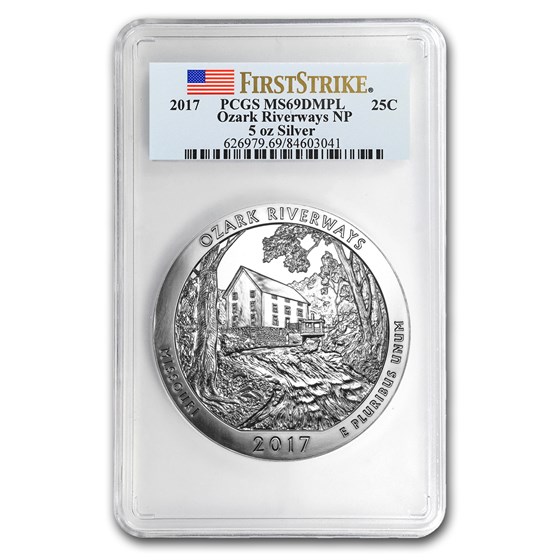 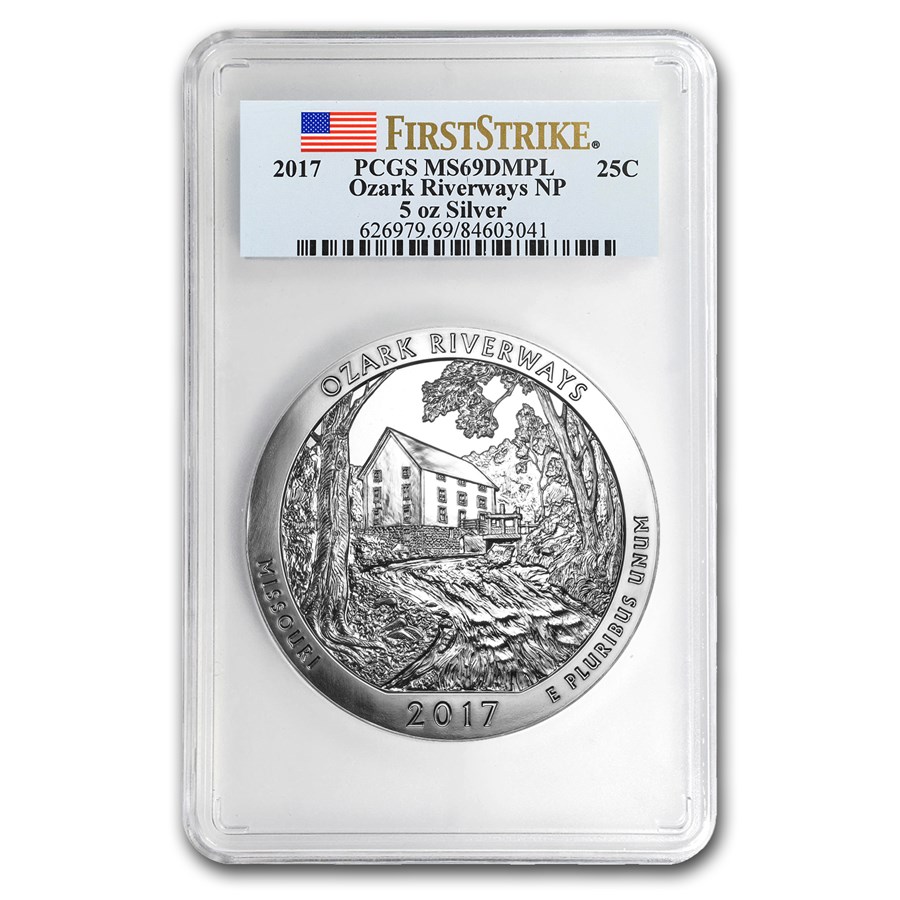 Your purchase is guaranteed to match the quality of the product shown. It will not be this exact item.
Product Details
Product Details
Ozark National Scenic Riverways, Missouri is the third release in 2017 of the U.S. Mint's popular America the Beautiful series. This coin is graded MS-69 DMPL First Strike by PCGS with the American Flag label.

Established in 1964 the Ozark National Scenic Riverways was an effort to conserve the natural resources of the Current and Jack Fork rivers, over 130 miles of spring fed riverways. This is the first federally protected river system and its establishment led to the National Wild and Scent Rivers Act of 1968.

The park consists of over 80,000 acres and it attracts over 1,000,000 visitors a year. Not only is it is a popular site for canoeing, hiking, fishing, spelunking and camping, it includes noteworthy cultural sites such as Alley Mill and ceremonial sites used by the Osage Indians. Featured on the coin obverse, Alley Mill was a brightly colored red mill that acted as a home, farm, and school for the people who lived in the area a century ago. The Mill, built in 1894, was an essential part of the community life where grain was ground to make daily bread. Both the unspoiled river beauty and historical significance of the area is depicted in this unique coin in the series, the first national site dedicated to protecting a river system.