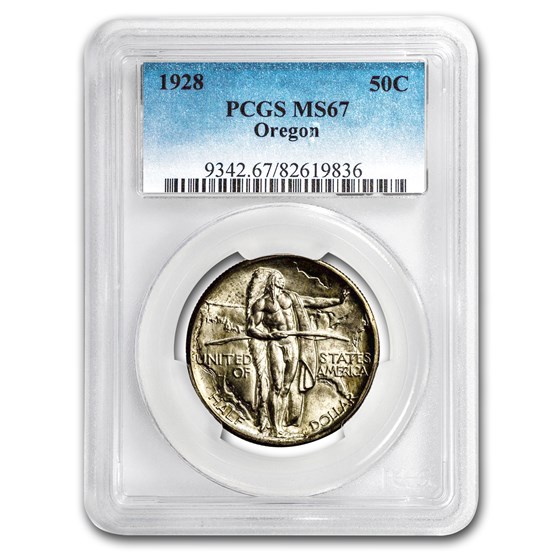 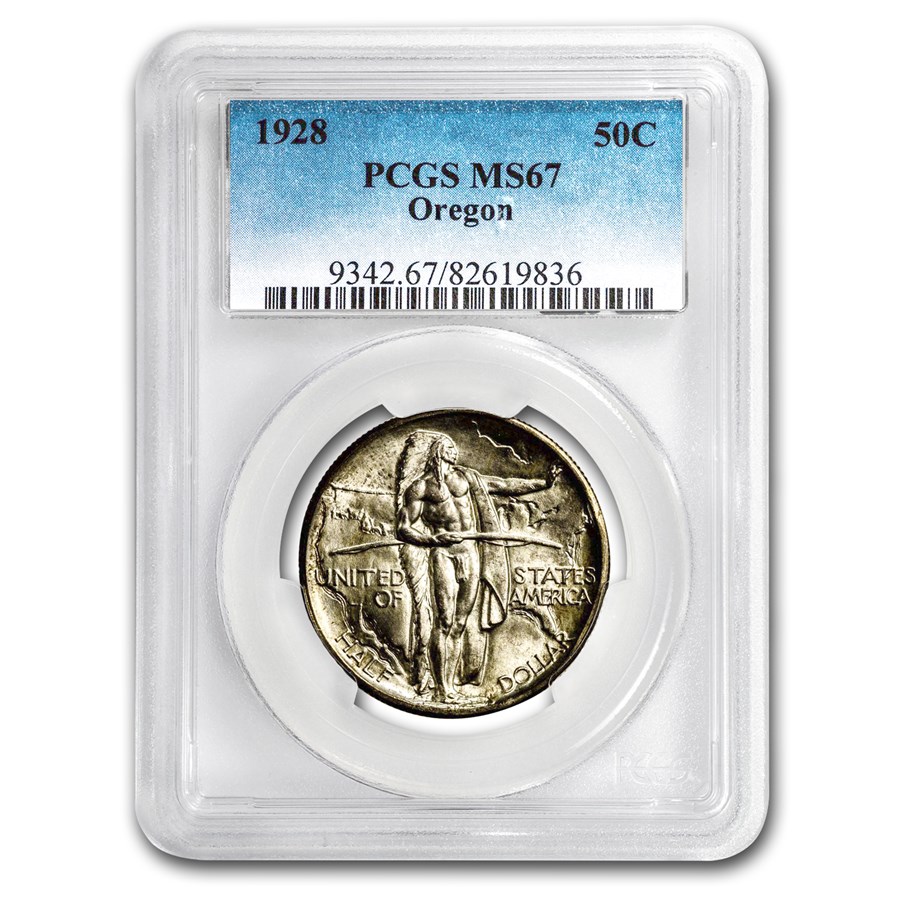 Product Details
Product Details
Scarce date with only 6,028 originally minted. Often called the most beautiful American coin, this is the only coin that both James Earle Fraser and his wife Laura Gardin Fraser designed together. Original toning covers the entire surface of this coin.

Coin Highlights:
Protect and display your Oregon Trail Commemorative Half Dollar in style by adding an attractive display or gift box to your order.
Add this 1928 Oregon Trail Half Dollar to your cart today.

Many a pioneer traversed this route in conestoga wagons including Ezra Meeker. Meeker had originally traversed the Oregon Trail in 1850 in an oxen cart with his wife and baby.

The coins were originally minted in 1926 and were minted until 1939. It is one of the most beautiful American coins ever designed.