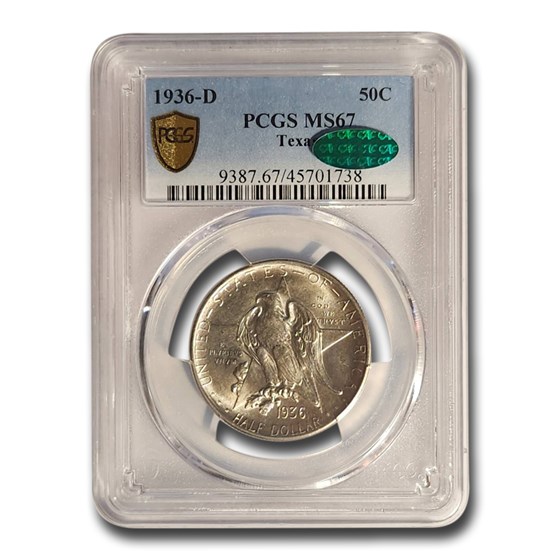 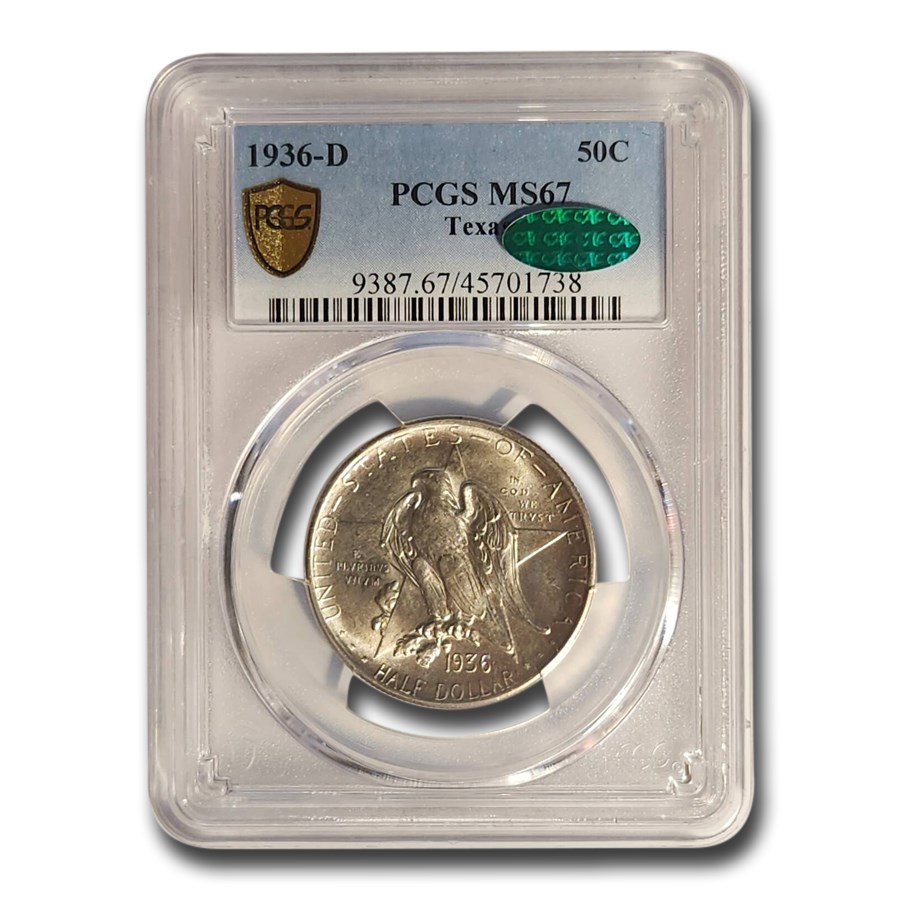 $21.32
As Low As
Product Details
Product Details
This issue commemorated the 100th anniversary of the independence of Texas in 1836. This is quite possibly the nicest Texas Half Dollar we have ever seen. Just a hint of toning on the edge adds to its originality and allure.

Being a true Texan I never seen this coin before so when I saw it I knew I had to have it. It is beautifully designed coin.