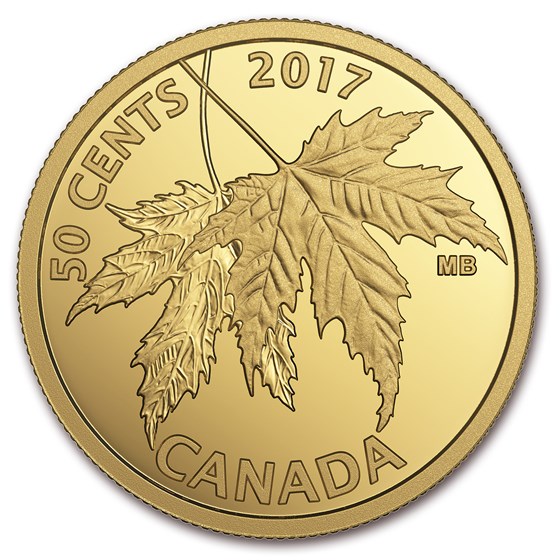 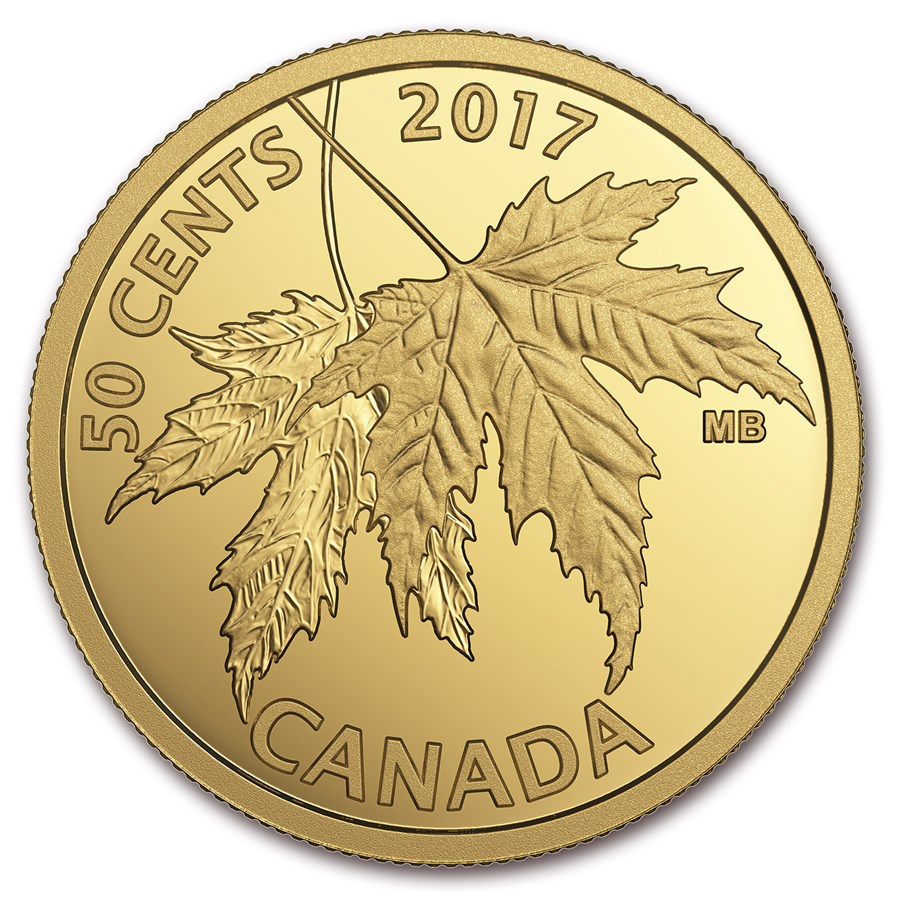 $2,180.39 $2,195.39
As Low As
12% Off The Premium
Product Details
Product Details
Canadian maple species are beautifully varied and inspire reverence wherever they’re found.

Each one is defined by unique characteristics, and is typically identified by the shape of its foliage, especially when it comes to the deeply cut “V” sinuses of the Silver maple leaf. Stately and elegant, this leaf’s distinctive Silvery-white underside seemingly shimmers as it basks in the golden sunlight on the reverse of this Gold coin.


Highly detailed engraving on this remarkably small coin is a testament to the artistry and craftsmanship for which the Royal Canadian Mint is internationally renowned. Add this 1/25 oz Proof Gold coin to your cart today!

The reverse design by Canadian artist Margaret Best captures the lifelike beauty of an iconic Canadian maple by bringing together not one but two Silver maple leaves. Both are depicted in a downward position, as they often appear naturally when attached to a branch. The view of the leaf’s upper surface (foreground, right) dominates the field; slightly curling at the tips, it bears the deeply veined pattern that produces an intricate, almost lace-like appearance. The crossover of the two stalks adds a sense of layering as the focus transitions to the second leaf (left), which presents its Silvery underside. Where the veins are sunken on the first leaf, they are raised and prominent on the second, another example of the characteristic differences between a leaf’s two sides, which are further enhanced by the use of matte and polish finishes that recreate the striking visual contrast between the two.