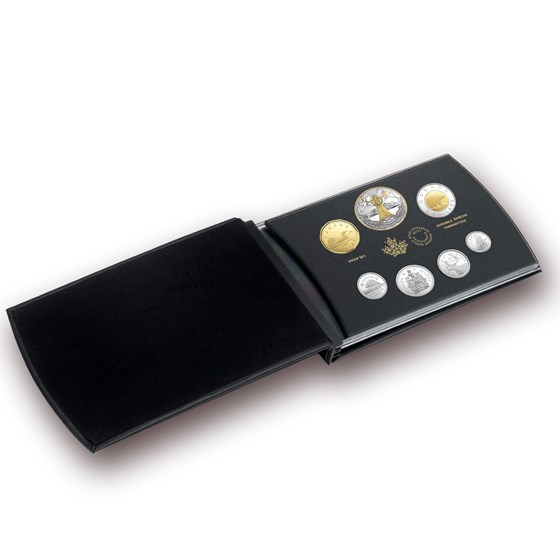 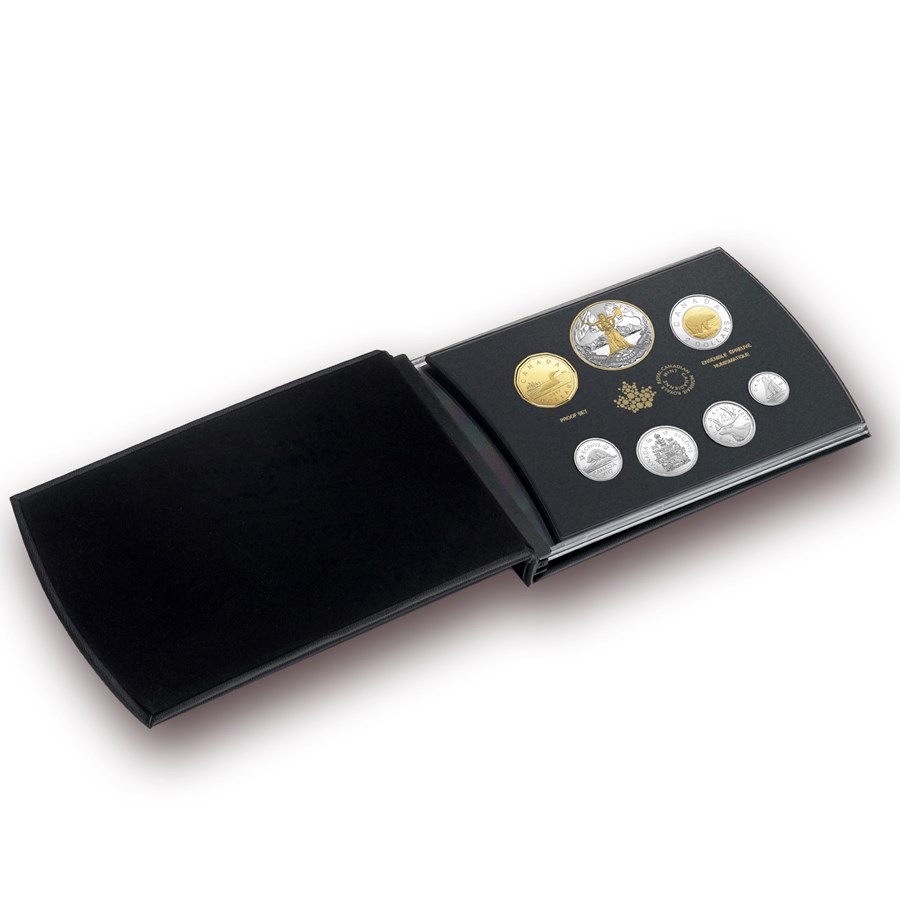 $21.57
As Low As
Product Details
Product Details
The image of Canada is the visual embodiment of a nation that is today celebrating its 150-year journey, while looking ahead to the future. This limited edition proof set features designs not placed in circulation during this milestone year.

Add this 2017 150th Anniversary of the Canadian Confederation Proof Set to your cart today!

The reverse design of the featured proof dollar coin by Canadian artist Rebecca Yanovskaya features a contemporary take on a classic female allegory that personifies Canada on its 150th anniversary. Every element in this complex design represents a different political, historic, geographic and social aspect, it represents our story as a nation, all conveyed by the intricate engraving and careful use of multiple finishes.

In the foreground, Canada rises up strong, majestic and bold; she bears a youthful appearance, given Canada’s status as a relatively young nation. Canada is the picture of grace and a vision of strength in her protective armor; and yet, she carries no weapon, a symbolic nod to Canada’s historic peacekeeping role, and our efforts to bring peace throughout the world. Her brow is wreathed with a glorious garland of poppies, much as the lyrics to "O Canada" affirm in French. Facing out as though looking to the future, Canada’s gaze is calm and steady while her arms are open wide, ready to embrace what challenges and triumphs lie ahead. In one hand is a symbolic representation of the British North America Act, which represents the birth of the Dominion of Canada 150 years ago; in the other hand is a single feather that pays tribute to those who helped forge our nation’s path: the First Nations peoples and the Fathers of Confederation. A fur cape is a further reminder of First Nations traditions, as well as the importance of the fur trade in Canada’s early history.

Thirteen rays of light, shine down upon Canada, while the waves at her feet represent the oceans that surround us. The Canadian banners link air, land and sea while in the background, Mount Logan (Canada’s tallest peak) represents the diversity of the land, and alludes to the ability of Canadians to rise to the challenges we face yesterday, today and tomorrow.