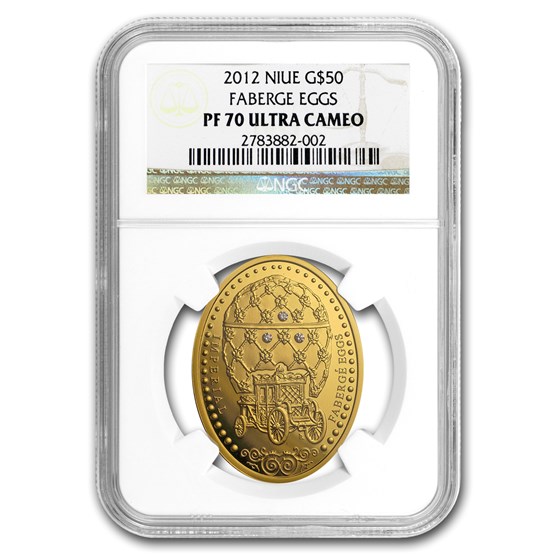 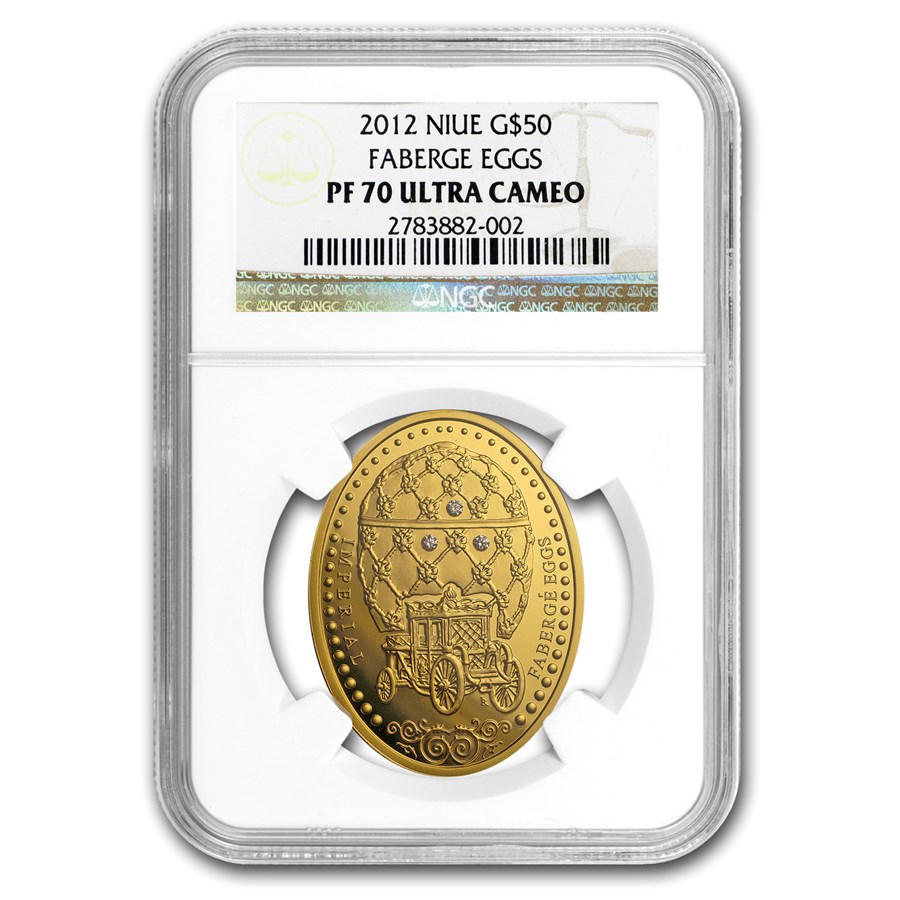 Your purchase will match the quality of the product shown.
Product Details
Product Details
This unique egg shaped Imperial Fabergé Egg coin from Niue contains three diamonds and is the finest known graded through NGC.

Coin Highlights:
Protect and display your Fabergé Egg coin in style by adding an attractive display or gift box to your order.

This is truly an exquisite collector's piece masterfully executed to perfection. Add this magnificent Proof Gold Imperial to your cart today!

The tradition of the Fabergé egg began in 1885 when Tsar Alexander III gifted one to his wife, the Empress Maria Fedorovna. That egg was known as the "Hen Egg." It was crafted from Gold and featured an opaque white enameled "shell" which opens to reveal its first surprise, a matte yellow Gold yolk. This in turn opens to reveal a multi-colored Gold hen which also opens.

It contained a minute diamond replica of the Imperial Crown from which a small ruby pendant was suspended. The idea came about from an egg decor piece owned by her aunt, which she cherished in her childhood memories. Since then, there have been a number of Fabergé Eggs made as gifts for Imperials.