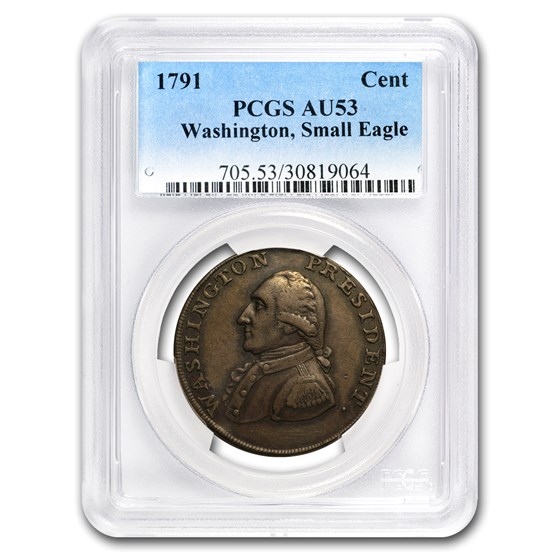 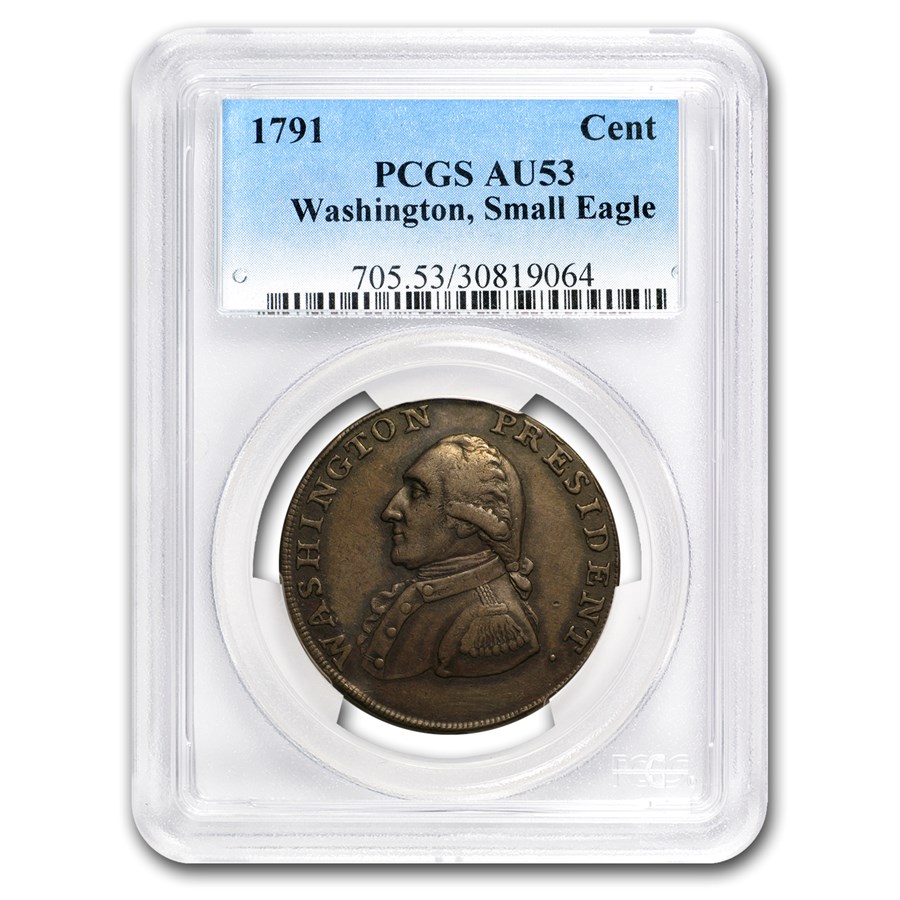 Your purchase will match the quality of the product shown.
Product Details
Product Details
1791 Washington Coppers are extremely hard to come by, but are always very popular as they were minted in 1791 while George Washington was still alive and still President.

Coin Highlights:
Protect and display this great coin in style by adding a display box to your order.

Add this 1791 Copper Washington coin to your order today!

Washington cents are truly important pieces of history. They were struck in 1791 to honor the General of the Continental Armies and our first President. Although the war wounds were still fresh, many pieces honoring George Washington were struck in England intending to be sold in the newly-formed United States. We are uncertain as to where and to whom struck this Washington copper coin. These were intended by the minter to persuade the new US government to consider these large copper medals to be used as our first cents, a move which Washington himself opposed. This is the keystone of any advanced colonial collection!