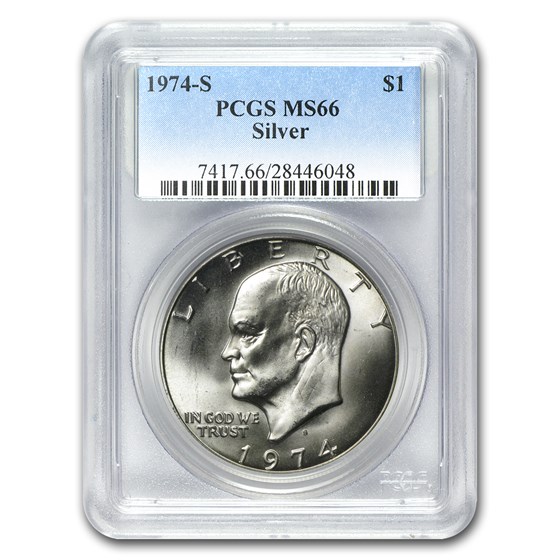 Product Details
Product Details
The Ike Dollar commemorates the great accomplishments of General/President Dwight D. Eisenhower and the success of the Apollo XI moon landing mission. This Eisenhower Silver Dollar has been guaranteed by PCGS as being MS-66.

Coin Highlights:
Protect and display your Ike Dollars in style by adding an attractive gift box to your order.

Preserve a part of American history by starting your own collection of Ike Dollars. Add to your collection by including this certified 1974-S Eisenhower Silver Dollar in your cart today!
Related Searches