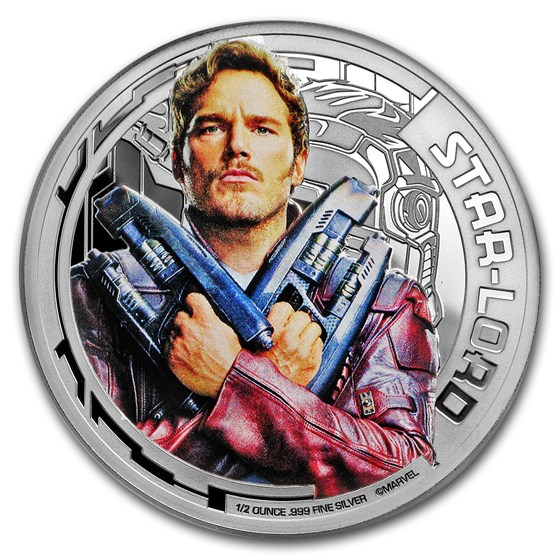 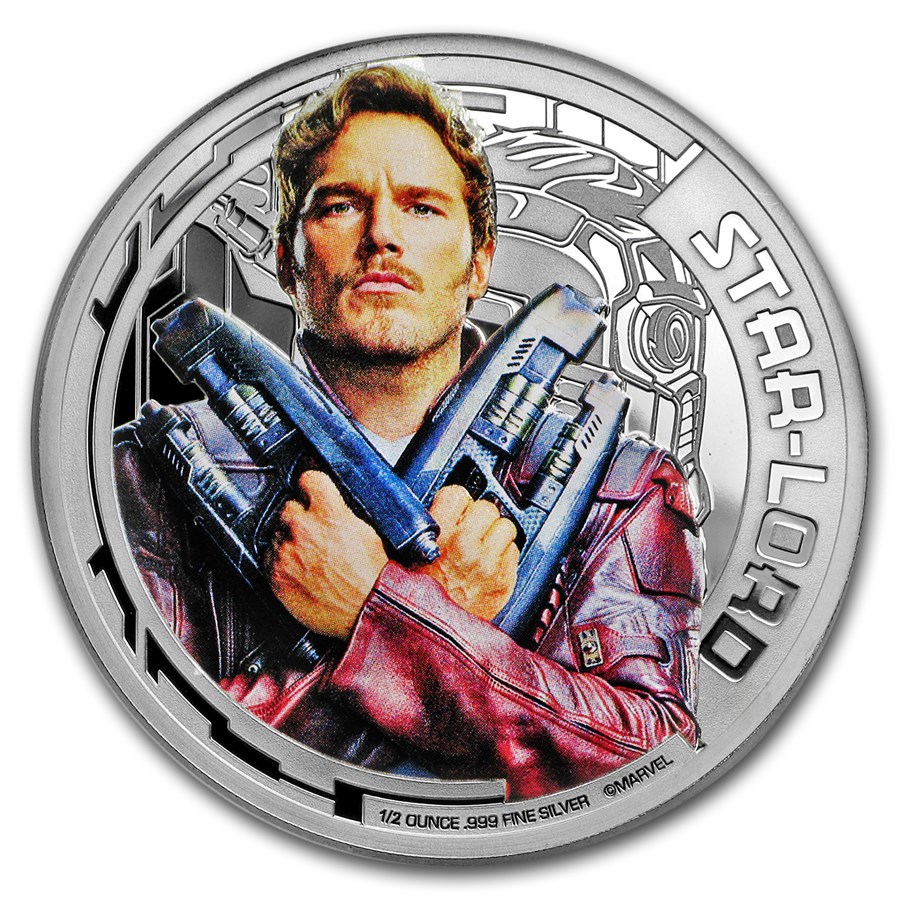 Your purchase will match the quality of the product shown.
Product Details
Product Details
Perfectly timed with the release of the blockbuster film from the Marvel Franchise is this spectacular Star-Lord coin. In Guardians of the Galaxy Vol. 2 the team's adventure continues as they traverse the outer reaches of the cosmos.

Add this 2017 Guardians of the Galaxy UHR Star-Lord coin to your order today!

Learn more at our Guardians of the Galaxy Vol. 2 series page.

This stunning colorized proof, struck from 1/2 oz of .999 fine Silver by the Mayer Mint for issue by Cook Islands, is dedicated to Star-Lord or Peter Quill as he is also known. Star-Lord appears as the main protagonist of the live-action film and the leader of the Guardians squad, portrayed by Chris Pratt. In the film, Peter Quill is abducted from Earth as a child in the 1980s, and is raised by Yondu as part of his band of space pirates. While being half alien, half human he is armed with a helmet that protects him from the vacuum of space as well as quad blasters and hadron enforcers.