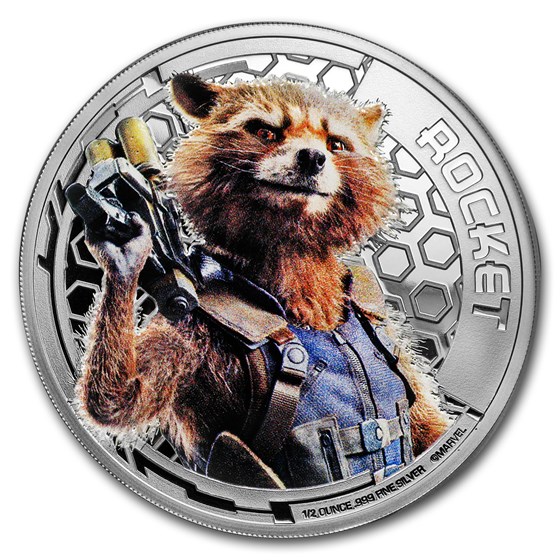 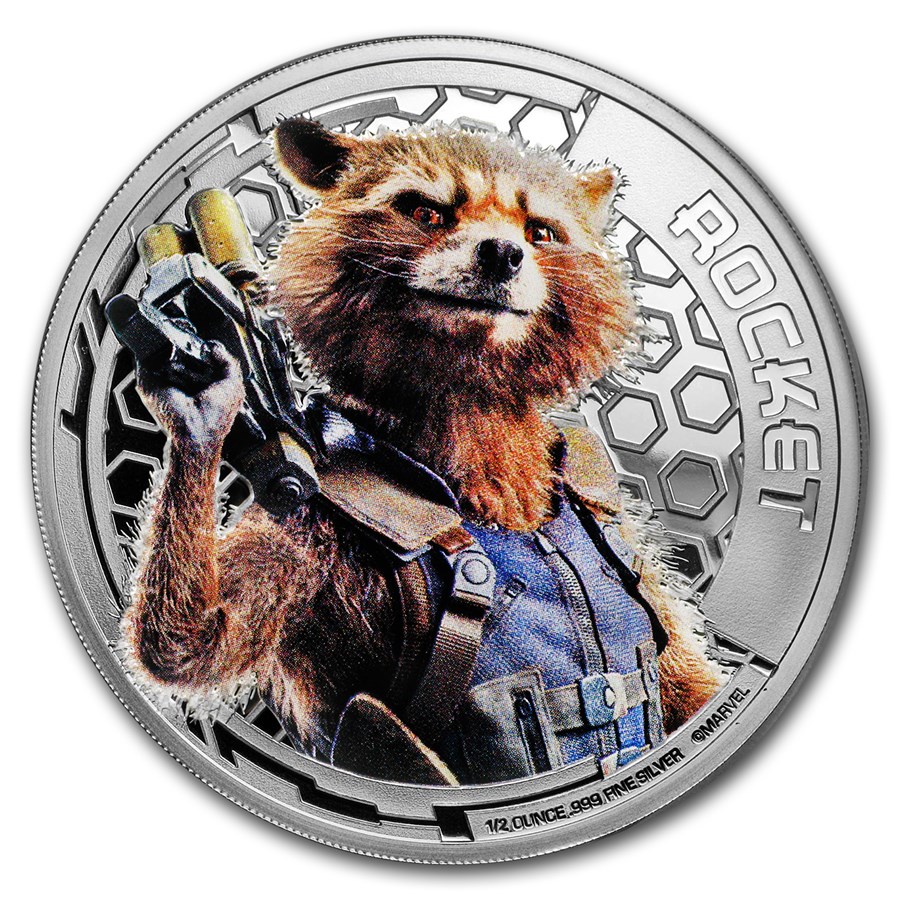 Your purchase will match the quality of the product shown.
Product Details
Product Details
Perfectly timed with the release of the blockbuster film from the Marvel Franchise is this spectacular Rocket Raccoon coin. In Guardians of the Galaxy Vol. 2 the team's adventure continues as they traverse the outer reaches of the cosmos.

Add this 2017 Guardians of the Galaxy UHR Rocket Raccoon coin to your order today!

Learn more at our Guardians of the Galaxy Vol. 2 series page.

This stunning colorized proof, struck from 1/2 oz of .999 fine Silver by the Mayer Mint for issue by Cook Islands, is dedicated to Rocket Raccoon. Rocket is a genetically engineered individual resembling a raccoon and turned freelance criminal. Alongside his friend and partner Groot, Rocket traveled the galaxy picking up bounties until they met Star-Lord who convinced them to join his team. In the end of the first film, Groot met his fate as he was destroyed protecting his fellow Guardians. After the blow, Rocket found a single twig in which would produce a baby Groot.