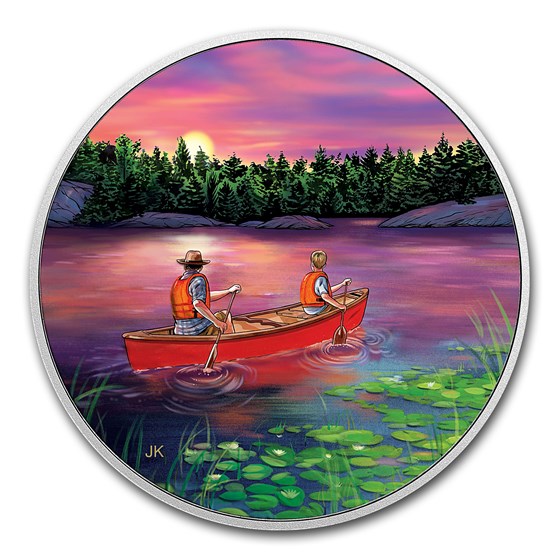 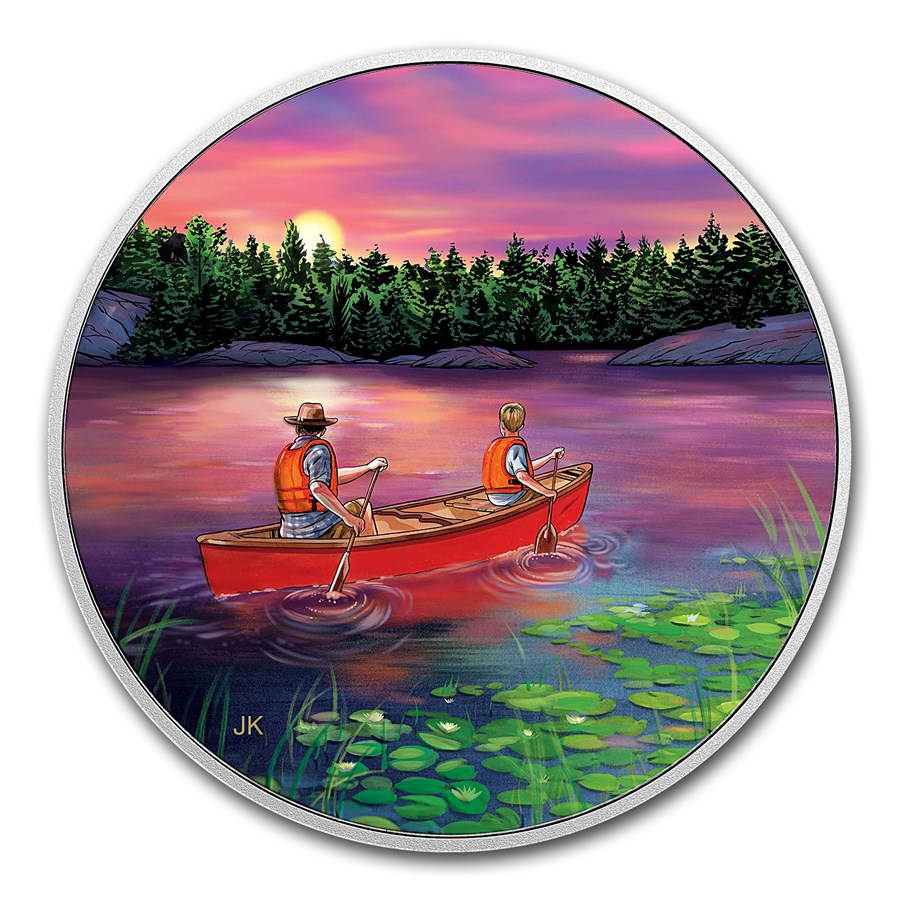 Your purchase will match the quality of the product shown.
Product Details
Product Details
This second coin in a four-coin series ventures out into Canada’s great outdoors, where photo luminescent technologies re-create a father and son’s spectacular view.

Paddling is steeped in the traditions and early history of this land. With so many rivers, lakes and waterways to explore, many Canadians enjoy canoeing as a peaceful activity that brings them closer to Mother Nature, and to each other. Glow-in-the-dark elements re-create natural light at dusk, in the sky and across the water’s surface! A soft glow can be seen on the backs of Father and Son, while the colorful illumination of the lily pads adds to the serenity of the scene.

The reverse design by Joel Kimmel features a tranquil lake setting at dusk. In this quintessentially Canadian scene, a full color application over engraved elements captures the rich, colorful light cast by a spectacular sunset. To the left, a father and son have donned their lifejackets for an evening paddle on the smooth waters. With paddles still dipped in the water, they pause to admire the sun setting over the tree-lined shore; their near-identical poses hint at the passing of knowledge from one generation to another, as though canoeing is a proud family tradition. The sunset is beautifully reflected in the water’s surface, but when viewed in the dark, the design’s use of photoluminescent (glow-in-the-dark) technology continues the day’s transition to night. The setting sun has become a dim light over a landscape increasingly filled with shadows. Its reflection on the water casts a soft glow on the canoe and the paddlers, and softly illuminates the green lily pads.