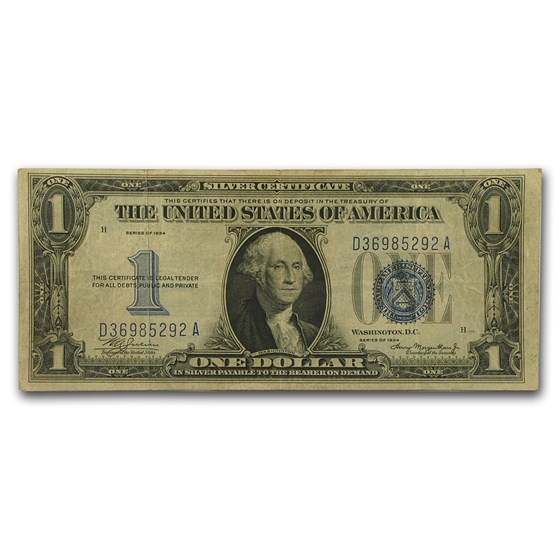 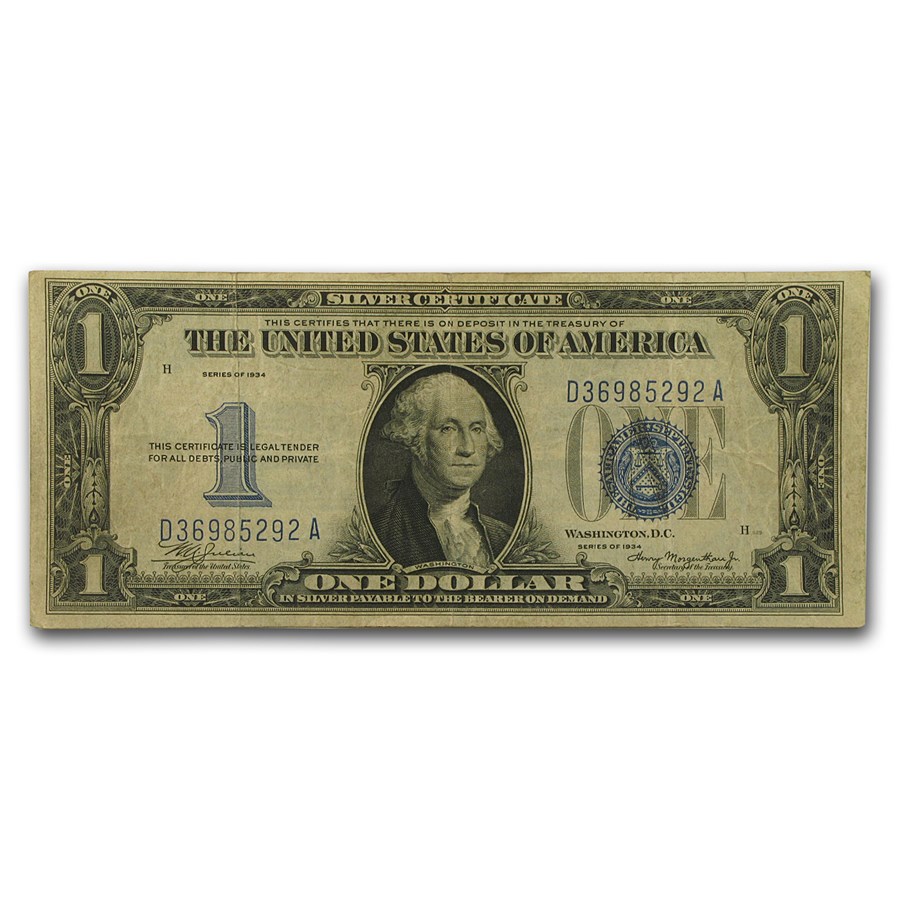 Product Details
Product Details
These transitional series notes are popular, and getting harder to come by as the years pass. Great notes for a currency type set!

Add one of these great collector’s items to your cart today!

These Series 1934 Silver Certificates were printed in large numbers (over 680 million), but saw extensive circulation during the later years of the Great Depression making nice specimens such as this highly sought after by collectors. Desirable as a one year type issue, and being over 80 years old, these notes are not that easy to find!