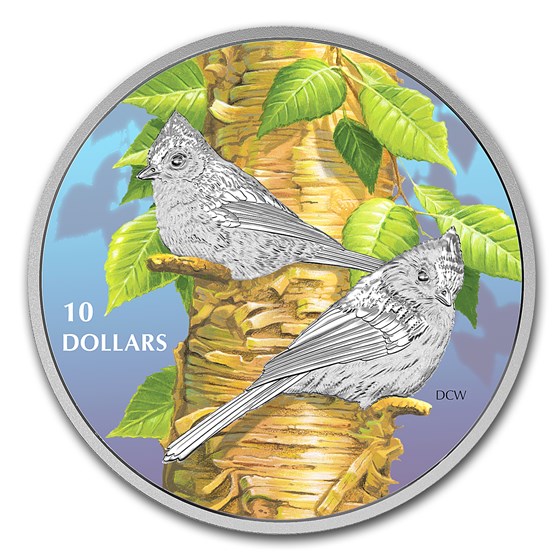 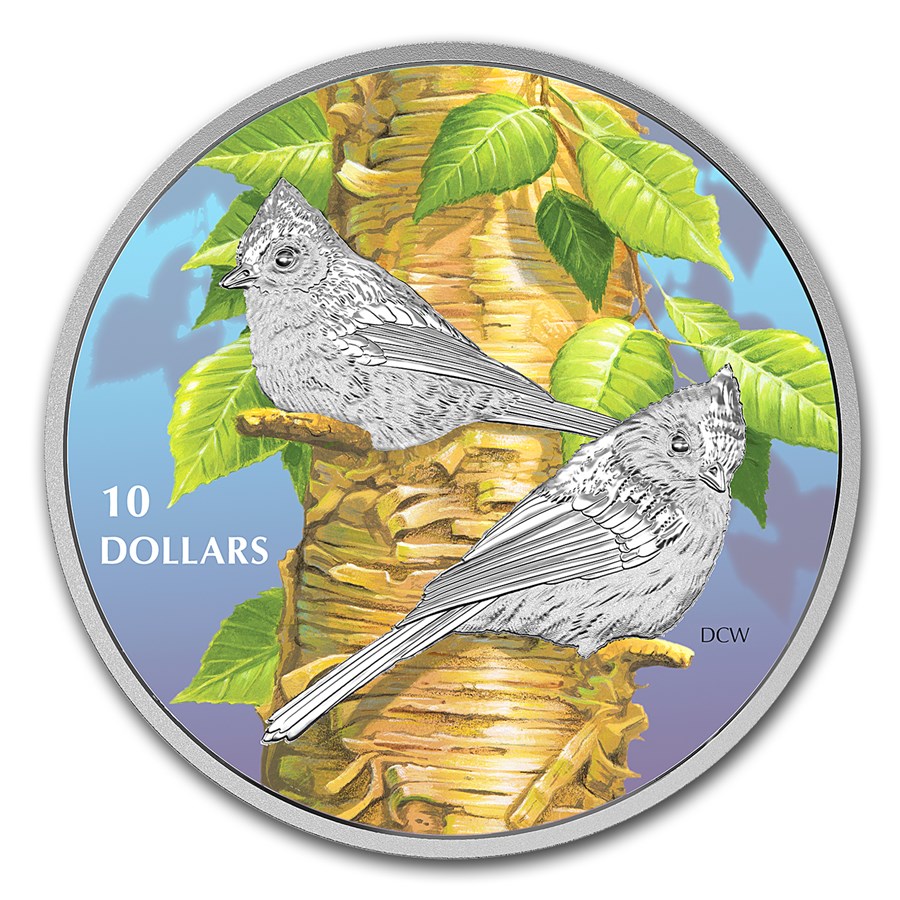 A small songbird with a bright-eyed expression, the tufted titmouse is a vocal visitor to bird feeders in Southern Ontario. It is often seen flitting about in the company of other foraging birds, such as chickadees, nuthatches and woodpeckers; but the titmouse is more acrobatic as it moves from branch to branch, its silvery colors occasionally upstaged by its colorful surroundings.

The reverse design by Canadian artist Derek C. Wicks features a pair of tufted titmice that are delicately perched on the branch stubs of a flourishing birch tree. Facing the opposite direction, one titmouse presents its side profile while the other has its head turned for a three-quarter view of its meticulously engraved features, from the pointed crest atop each bird’s head to their expressive facial features. Selective color highlights the bright summer tints of a yellow birch, whose bronze bark complements the yellow-green leaves.