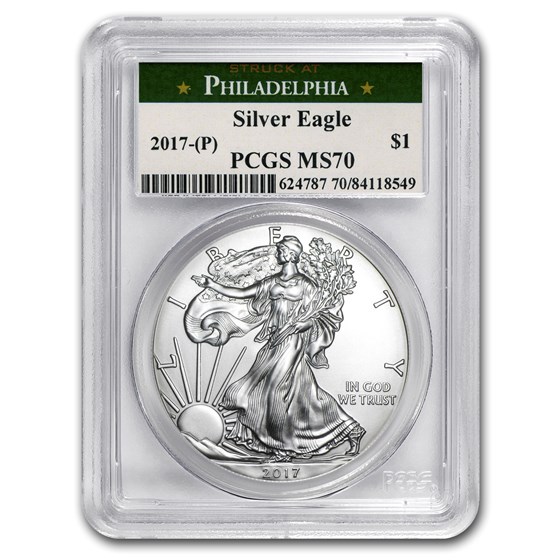 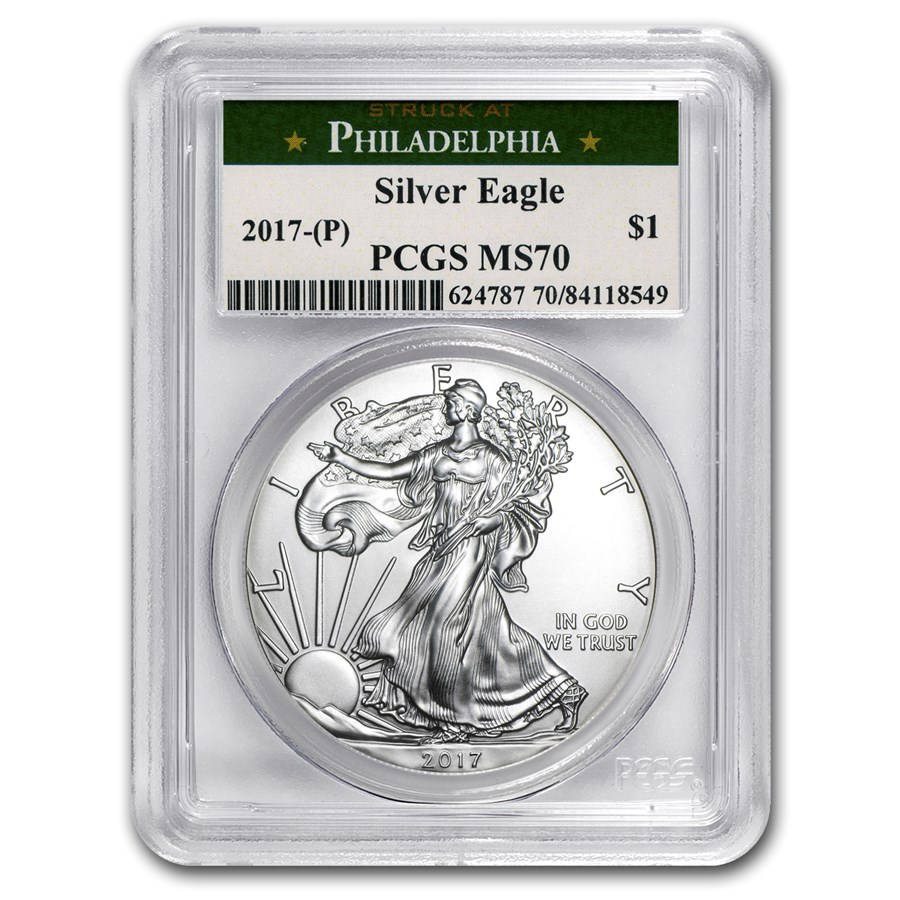 Product Details
Product Details
Silver Eagles were recently discovered to have been minted at the Philadelphia Mint in very small quantities since 2015. These coins, only identifiable from their sealed monster box, are certified as being among the few coins to come from Philadelphia.

With only 1,000,000 coins minted as of March 20, 2017, the 2017 (P) Silver Eagle brings the appeal of a low-mintage issue to the world's most popular Silver bullion coin. In comparison, the key date 1996 coin has a mintage of over 3.6 million. Don't miss the opportunity to add an MS-70 Philadelphia-minted 2017 Silver Eagle to your collection today!

$239 is really high for an 2017 American eagle even if it's minted in Philly & a MS-70, and you know what? It sold out quickly. Glad I decided to not procrastinate like I usually do. And of course, it's beautiful & perfect.

This is a perfect coin with a really cool Philadelphia mint label. Must have coin. Might buy another to sell down the road.

The premium appreciation on this limited and desirable ASE is going to be outstanding!