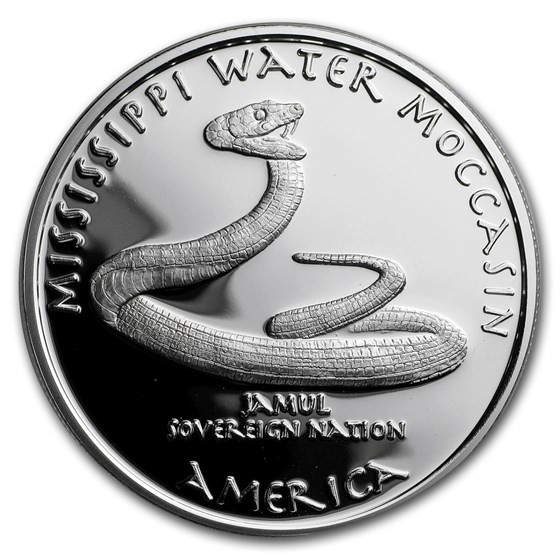 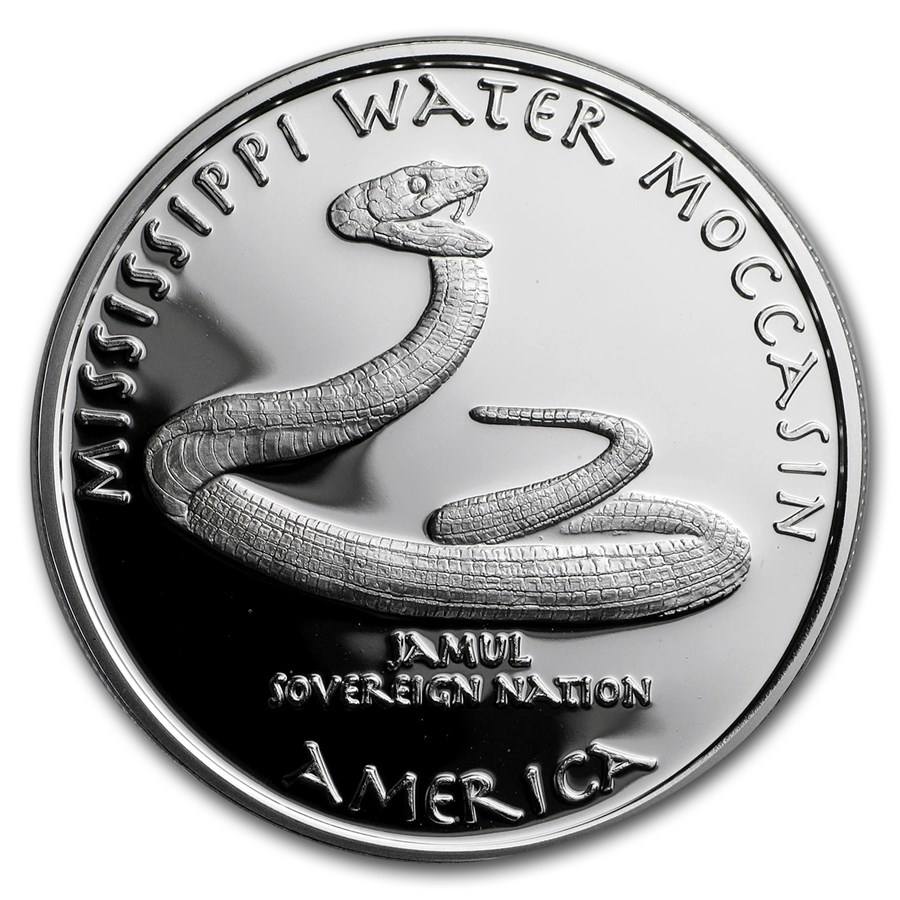 Product Details
Product Details
Only $69.99 per coin
Part of the new Proof Silver State Dollars program, this round is from the Native American Mint and is part of a series that features a state, a tribe associated with that state, often they are from that exact area, and an animal integral to the tribe.

The water moccasin, North America's only venomous water snake, has a distinctive blocky, triangular head; a thick body and dangerous bite. Water moccasins rarely bite humans, however, and only attack when threatened. They are semiaquatic, so they're happy both swimming in water and basking on land in their native range in the southeastern United States. They are relatively large, ranging from 2 to 4 feet long and their coloration varies from dark brown or black to olive, banded brown or yellow.