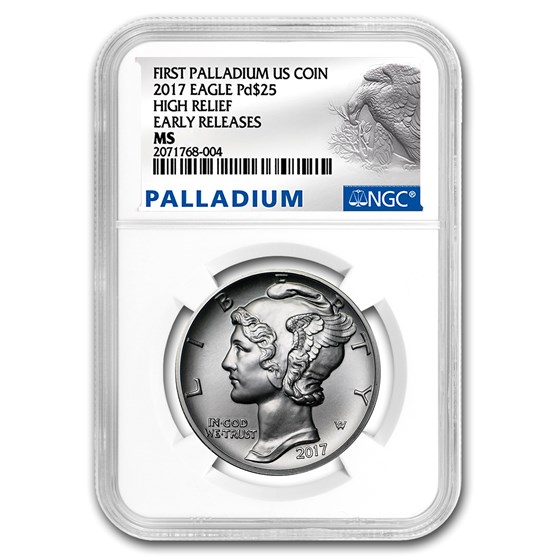 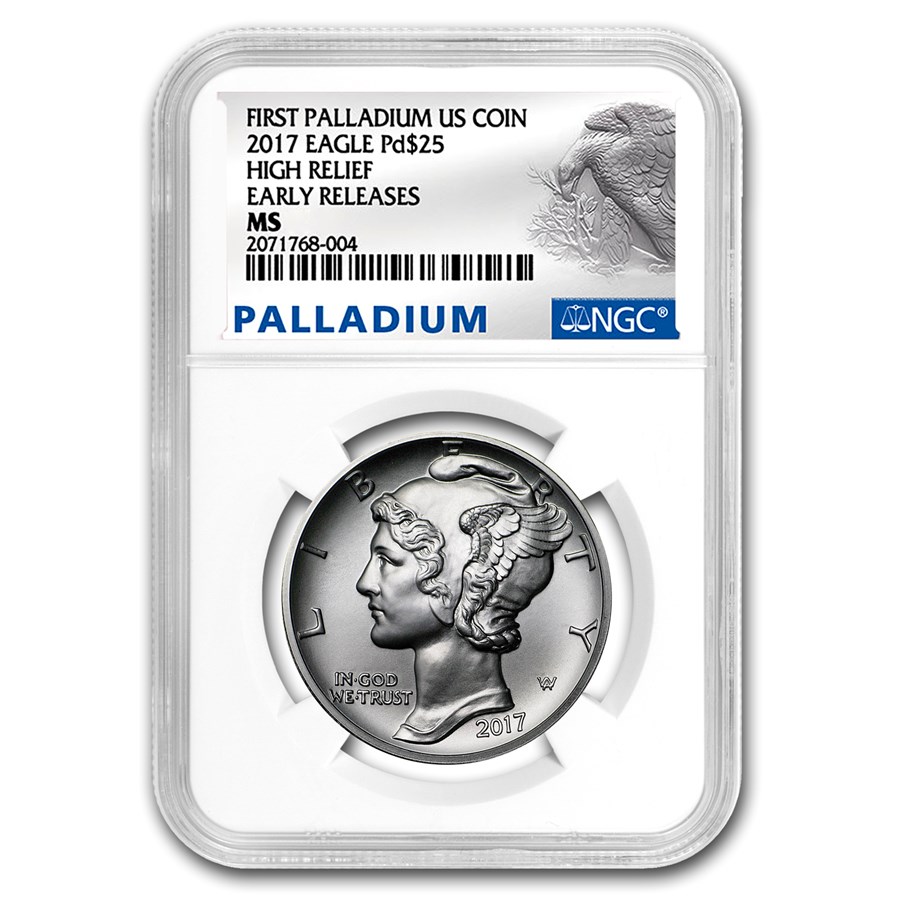 Your purchase is guaranteed to match the quality of the product shown. It will not be this exact item.
Product Details
Product Details
For the first time in 20 years, the U.S. Mint has added a metal to the American Eagle program, the first American Palladium coin. This 1 oz Palladium coin pairs the classic obverse of the Mercury dime with a reverse designed by Adolph Weinman in 1907.

Coin Highlights:
Protect and display your Palladium Eagle in style by adding a nice presentation box to your order.

Palladium is the first addition to the U.S. Mint's popular American Eagle bullion program since Platinum was introduced in 1997.

Containing a full oz of Palladium and featuring stunning, historic designs, this inaugural issue of the newest American Eagle series is an excellent choice for diversifying your investments with Palladium. Add the 2017 Palladium Eagle coin to your cart today!