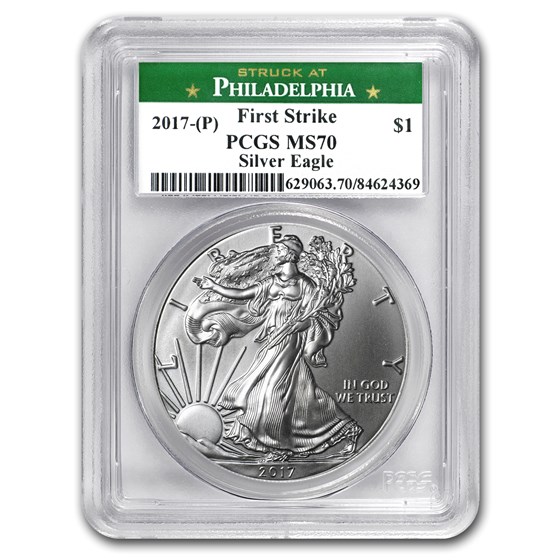 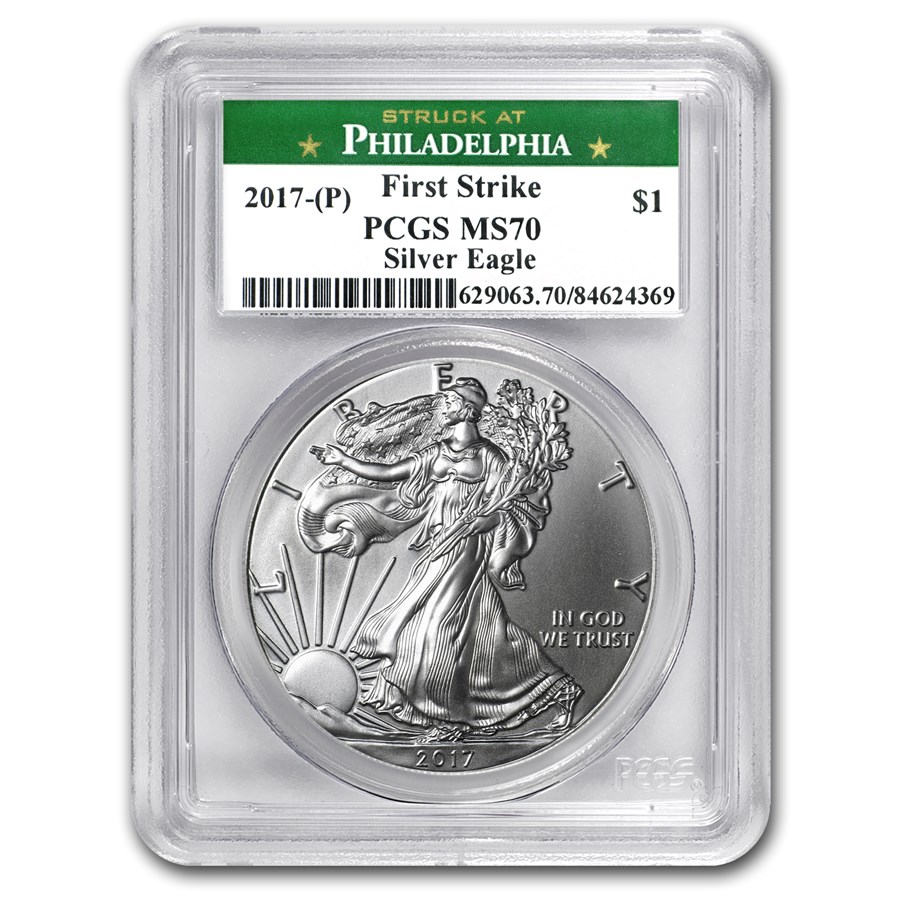 PCGS limits the First Strike designation to coins that can be proven to have shipped from the U.S. Mint within the first 30 days of release. Because the U.S. Mint did not announce the information identifying this low-mintage issue until April, only coins that were certified as First Strike eligible at the beginning of 2017 and remained in sealed boxes since that time can receive this designation, ensuring the scarcity of First Strike coins. Further, due to manual packaging techniques used at the Philadelphia Mint, a dramatically lower percentage of coins grade a perfect MS-70 in comparison to the machine-packed West Point issues.

With only 1,000,000 coins minted as of March 20, 2017, the 2017 (P) Silver Eagle brings the appeal of a low mintage issue to the world's most popular Silver bullion coin. In comparison, the key date 1996 coin has a mintage of over 3.6 million. Don't miss the opportunity to add an MS-70 Philadelphia minted 2017 Silver Eagle to your collection today!

With mintage as low as this coin, the value of this coin will sky rocket in the near years to come. Happy to have it, one of only 211.

The sky is the limit!

With a population of only 18. I can't wait to see what this beautiful rarity will be worth in the years to come.