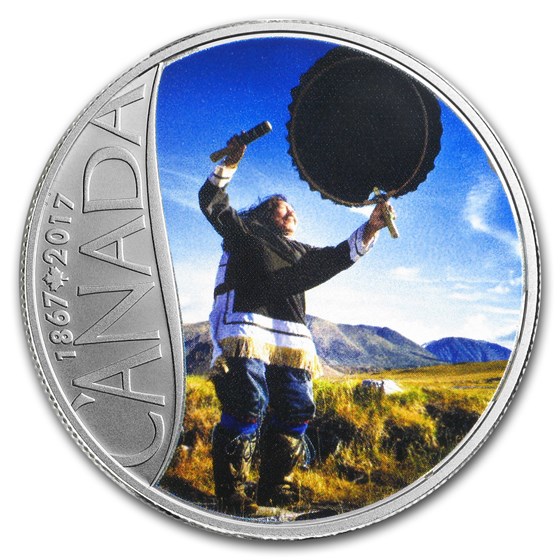 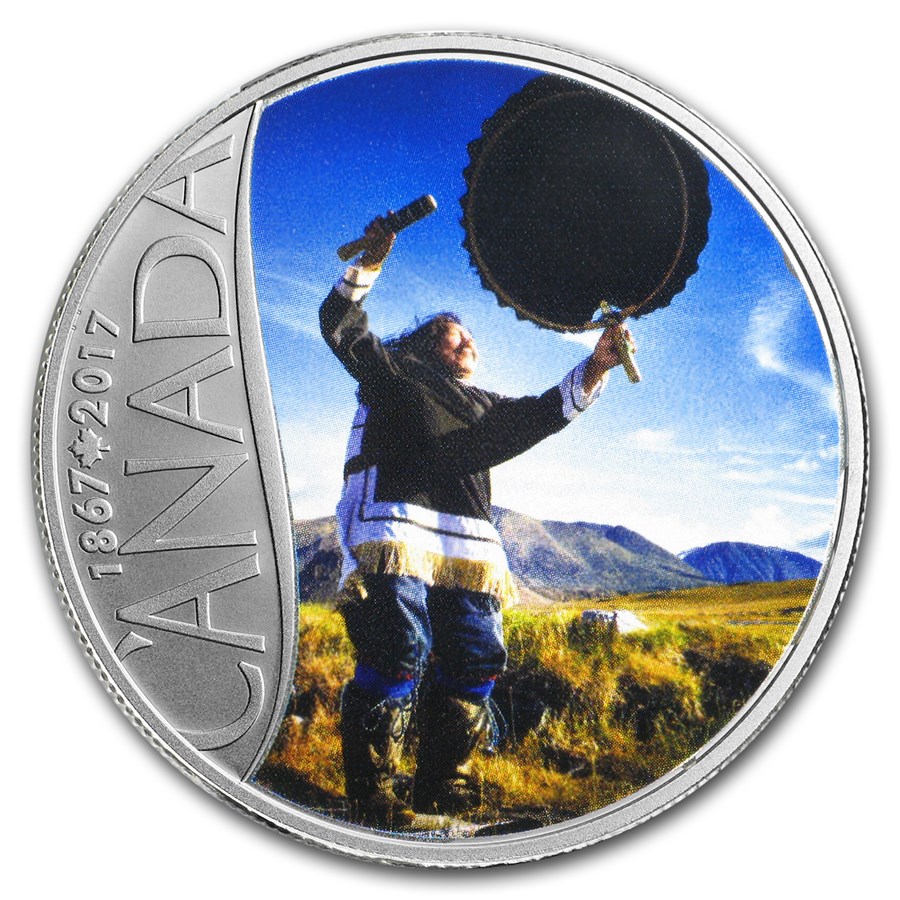 Product Details
Product Details
The final coin in the Celebrating Canada’s 150th series highlights one of the many vibrant Inuit traditions that are an important part of life in Nunavut.

Based on a photograph by Canadian photographer Michelle Valberg, the reverse features vibrant color over detailed engraving that captures an Inuit drum dance on Devon Island, Nunavut. Artist Mathew Nuqingaq of Iqaluit, Nunavut, is dressed in traditional clothing as he lifts up a large frame drum (a qilaut) while performing a traditional song. The sun adds a vibrancy to the Arctic landscape behind him, where the golden colors of the tundra stand out beneath the clear blue sky.